England must conduct an honest assessment of their Ashes shortcomings, while Joe Root has yet to establish a discernible identity for his Test team, Lawrence Booth writes in his latest wisden.com column.

As Joe Root tried to put a brave face on Australia’s retention of the Ashes in Manchester last night, he reached for the kind of logic favoured by vanquished captains. Steve Smith, he said, had been the difference. Take Smith out, he seemed to be implying, and we’d have had a nice normal series – a series which, y’know, England might actually have won.

This kind of assessment has earned its own designation on social media: “#rootmaths”. You know the sort of thing: if we hadn’t let them score at eight an over for the whole of the middle session, we would have romped home! It can make a hardened pro sound faintly ridiculous. And yet, perhaps without quite realising it, Root had his finger on the pulse of a compelling but strange Ashes.

“Bowling at Steve Smith in his form is difficult, and you have to make sure you take all your chances.”

Joe Root on the point of difference this #Ashes series ?https://t.co/cYuMjU9UIo

Both sides have been deeply flawed, hence their Test rankings. Both have relied mainly on one batsman (Smith and Ben Stokes), and partly on another (Marnus Labuschagne and Rory Burns). Both have two outstanding seamers (Pat Cummins and Josh Hazlewood, Stuart Broad and Jofra Archer). Both have captains under pressure. Both have spinners who haven’t been at their best.

In all these areas, Australia have had the edge, especially in the Smith-Stokes category, which is why they still have the urn. And yet, given a small change in fortune here, a twist of luck there, England might still be in contention.

The loss of Jimmy Anderson four overs into Edgbaston was an incalculable blow; the loss of 10 overs to rain on the last day at Lord’s arguably cost them the second Test. And who knows how different the world would look today had Jack Leach not overstepped at Old Trafford on Friday.

The Ashes were on the line, yet England were listless. That’s a black mark in any captain’s book

But in all these instances, Root must – in his heart of hearts – acknowledge that Australia have been good enough to exploit whatever fortune has come their way. The Test England did win needed a miracle. Too often, they have waited for a moment of inspiration, which has proved as reluctant to make an appearance as Godot. And it’s here that Root deserves scrutiny.

Smith is, as Tim Paine put it on Sunday evening, a “genius”, but England have treated him as if he were Don Bradman, which he is not. Too often, Root has gone funky as soon as Smith has arrived, dancing to his quirky tune with a redundant leg slip, and removing lbw, bowled and caught behind from the equation by ordering his bowlers to go short. At Old Trafford, after his double-century, Smith was generous enough to thank England for the tactics. He didn’t say it malevolently, but for Root it must have stung. 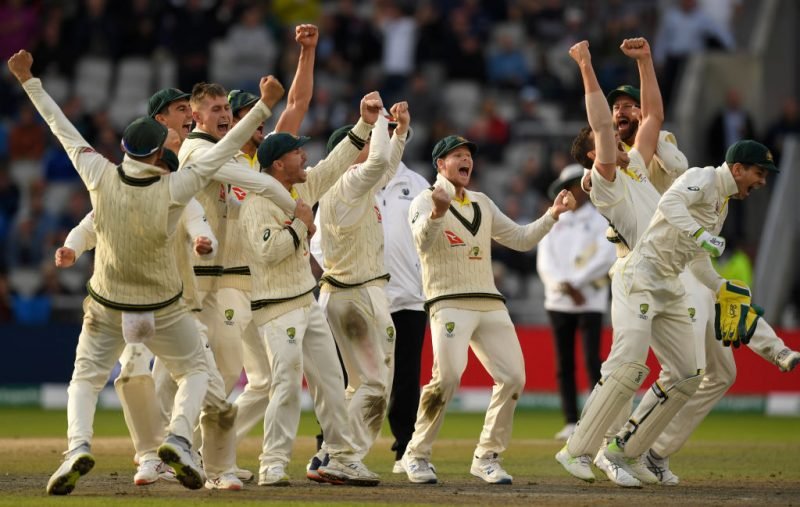 Then there’s selection. There was some sense in leaving Chris Woakes out of the fourth Test: he had cut an increasingly marginal figure with the ball, and has had shouldered a heavy burden this summer. But why replace him with Craig Overton, the kind of 80mph right-arm seamer Australian batsmen must face all the time in grade cricket, rather than Sam Curran, whose left-armers, lower-order hitting and combativeness have all been missed this summer?

And what of Root’s leadership itself? There are suggestions he felt let down by his bowlers after their underwhelming display on a windy first day in Manchester, but one of the many things a captain is responsible for is his team’s energy. The Ashes were on the line, yet England were listless. That’s a black mark in any captain’s book.

“They are like for like in that they are both mammals and seam bowlers, but Overton is a lumbering Clydesdale; Starc is a Pegasus.”@ajarrodkimber examines the differences between the sides that make Australia deserved Ashes winners.#Asheshttps://t.co/5rTnXYeaJ9

The real leader in this team, as has been noted before, is Stokes. It was his pep talk on Saturday afternoon that preceded England’s best moment of the Test – Australia’s second-innings tumble to 44-4. The contrast with Root’s passivity on day one was alarming.

Root’s future in the job may depend on two things. When Trevor Bayliss goes at the end of the series, England will need a stronger hand on the Test tiller. Bayliss’s laissez-faire approach dovetails nicely with Eoin Morgan’s white-ball authority, less so with a Test captain who doesn’t have an obvious vision.

Leading on from that, Root – and England’s director of men’s cricket, Ashley Giles – need to decide what kind of Test team they want to be. More than anything this summer, it’s been impossible to discern their identity. Even squaring the series at The Oval won’t resolve that.