Former England captain and Sky Sports commentator Nasser Hussain has backed Jofra Archer for a World Cup call-up, saying England would be “probably changing for the better” by including him.

Archer is yet to qualify for England selection as he completes the last days of his residency requirements, but is due to do so at some point before the World Cup begins. He is rated as one of the most exciting all-rounders in the world, breaching 90 mph regularly with the ball, scoring quickly with the bat, and capable of acts of brilliance in the field. There has been a clamour to fast-track him into England’s squad for the World Cup, and Hussain has thrown his weight behind Archer’s case.

“Usually before a World Cup I would say don’t make any big changes. We’ve done that in previous World Cups and it hasn’t worked,” he said. “The night before the first game of the last World Cup, Gary Ballance suddenly bats at No 3 and moves up the order. Don’t change it unless you’re changing it for the better. Jofra Archer is a seriously talented cricketer and I say you are probably changing for the better.” 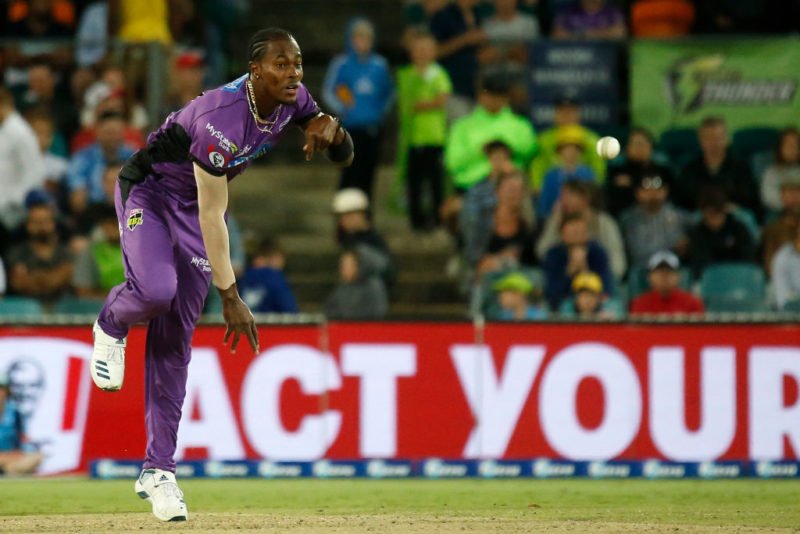 Could Archer make a bolt for England’s World Cup squad?

Even if Archer doesn’t break straight into the team, Hussain feels that the added pressure he will put on the incumbent players will only spur them onto greater heights. “You’ll have the likes of [Liam] Plunkett and [David] Willey who will be just looking over their shoulder. That’s only going to be good for the squad if you’re constantly being pushed.”

As for England’s over all chances, Hussain rated them as favourites, but warned them not to “freeze in a knockout game” as they did in the World T20 2016, when they were beaten in the final’s dying moments, and the Champions Trophy 2017, when an unheralded Pakistan team brushed England aside.

“They’re favourites and I reckon they’ll get through to the knockout stages,” Hussain said. “But you look at the Champions Trophy where they got through to the semi-final at Cardiff and suddenly, against Pakistan, they just froze a little bit. That’s going to be the key to this side, whether Eoin Morgan can set his side up not to freeze in a knockout game as favourites. I think they’re smarter now.

“For me the best two sides on paper are England and India but, as we saw with the Champions Trophy, so many sides could win this tournament.”