Phil Walker lauds the classy, undemonstrative Kane Williamson – arguably the most complete batsman on the planet – ahead of New Zealand’s World Cup semi-final against India.

And so we arrive at that point where three beasts and a kiwi coalesce for one last push.

We can come to Australia and England in due course. We can consider if England are fortunate to be dealing with them at Edgbaston – where they like to play, where they beat them in 2017 – instead of Australia’s personal north London citadel. And we can wonder if these injury concerns – to Khawaja (out out), Stoinis (virtually out), and Starc (not out, or even close, but perhaps not entirely ‘in’ either; and look, if there are any concerns, any at all, then he really should sit this one out) – are reflective of a team that has peaked too early.

And if pushed we can make a case that England’s angst-ridden and at times rather precious campaign has begun to mobilise at just the right time, while, in the same breath, considering if ‘momentum’ means a bean at all, or if it’s just a series of aimless journo-grabs for narrative patterns in places where there aren’t any.

The faintly ethereal classicist who stands with the titans – Kohli, Warner, Root, Sharma – yet just to one side

We might even find time to ponder the parallels between the two opening partnerships: in one corner the punchy, socially gauche Jonny-Davey match-up, once famously antipathic towards one another, until fate and cash bound them to Sunrisers Hyderabad for ever and a day; and the loveable pairing of those other sometime teammates, Finch and Roy, whose fitness and form has become so central to each team’s aspirations.

Finally, we can look upon all this torment, built up over centuries of familial, can’t-live-with, can’t-live-without contemptuousness, and wonder if England might just have enough to send Australia to a first semi-final defeat in their World Cup story (seven wins from seven semis, since you’re asking).

But that, in this week of weeks, is for another time.

More pressingly, it’s this: Can Kane Williamson upstage his alter-ego and strike a blow for wallflowers everywhere?

This World Cup has cemented Williamson as the hipster’s choice. The faintly ethereal classicist who stands with the titans – Kohli, Warner, Root, Sharma – yet just to one side. 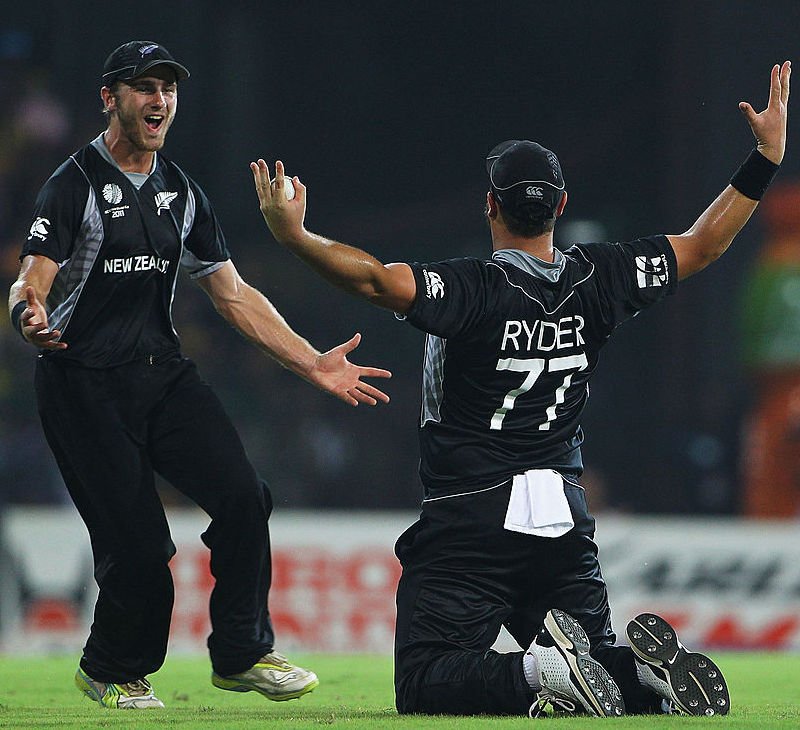 The undemonstrative one, quietly amassing all these volumes of work through the night while the cricket world dozes before the next blockbuster. The one confining his virtuosity to the needs of the whole. The one, unshackled from all those maddening expectations, who sleeps more soundly than the others. (In our little game he’s George Harrison.)

Yet of late something else has begun happening around The Quiet One. His team has started to win big games of cricket.

In Tests, Williamson has overseen some clutch wins: a series victory against England last year (teed up by a flawless century at Auckland in his first hit), and a showstopper in the desert last winter against Pakistan, a series win clinched by Williamson’s 89 and 132 in the decider.

And it’s not just him. Around his commonplace genius other talents now coalesce. Trent Boult is sharper than ever. Ross Taylor is punkier than ever. An unknown spinner called Ajaz Patel takes 13 wickets against Pakistan. Henry Nicholls is suddenly in the top five in the Test rankings. Even Tom Latham hasn’t missed a ball in months.

In ODI cricket, it’s less of a shock: Brendon McCullum’s best boy has merely carried on what McCullum himself began. He will suggest, of course, in his funny, faraway voice, that McCullum started it – that “Brendon really gave the team an identity and I suppose just tried to get everybody walking in a similar direction and playing for that common cause”. And while Williamson wouldn’t exactly be wrong, McCullum would probably counter that a steady heart rate, an otherworldly eye and a mountain-folk beard really helps move things along.

“There have been a few things that Kane wanted to continue on from Brendon,” Ross Taylor recently told me. “But at the same time he’s still stamping his own authority on things. Brendon was as proactive as possible where Kane is more reserved, more traditional. But he’s shown that you can still get the right result when you do the normal things. He’s getting better as a leader and in time will go down as an outstanding captain.”

This tournament has already witnessed one Williamson masterpiece. Against South Africa in a crunch mid-show fixture, he took it all on, coming in 13 deliveries into the run chase – that’s the 44th time in 71 matches since the 2015 final that he’s been at the crease inside the first five overs – and slow-dancing to a final over in which New Zealand required eight to win with four wickets left.

One hit away from his hundred, he pops the second delivery from Andile Phehlukwayo over mid-wicket, and dabs the next one fine of fine third man for four. “Yeah,” he whispered at the end, the eyes betraying nothing at all. “It was nice to be there.” Three days later, against West Indies, he faced the second ball of the match. He made 148. 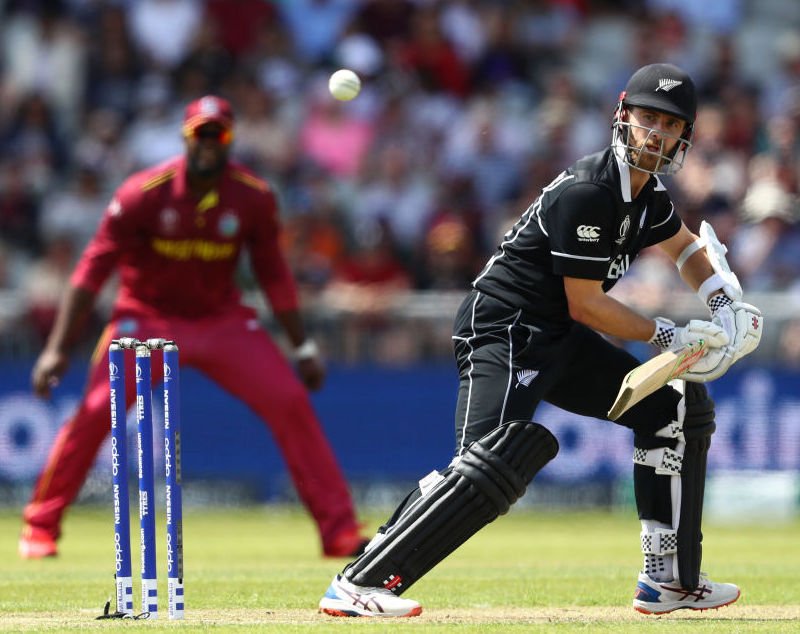 McCullum likes to tell a story from the Australia tour of 2015, during which Williamson had already made an unimproveable Test century at Brisbane (one of the great lost innings), and then 166 at Perth, before the teams turned up in Adelaide for the first-ever day-night Test match. McCullum joins Williamson in the middle on the first evening. It’s Starc and Hazlewood. The ball’s hooping. McCullum asks for guidance, on anything really. Williamson suggests doing what he’s doing, which is to track the gold embossing on the pink ball to ascertain which direction from the hand of the world’s fastest bowler it’s likely to swing. Mid-pitch, McCullum bursts out laughing. Here’s this kid telling him to check out the markings on a thing he can barely see at all.

A decade ago, in another semi-final, he lined up against India as captain of New Zealand’s Under 19s. He tossed up with Virat Kohli, batted first, made 37, and lost a tight one by three wickets. Since then he has established himself as arguably the most complete batsman on the planet. Only the king himself could quibble with that reading.

(And in Tests in particular, the numbers stack up. Williamson has gone past fifty in a Test innings on more occasions – 50 from 127 innings – and more regularly – 39.3 per cent of the time – than Kohli’s rather embarrassing conversion of 45 from 131 (32.8 per cent.)

Not since Martin Crowe has New Zealand had one like him. But whereas Crowe was fitfully volatile, struggling at times to reconcile his genius, Williamson is almost creepily on the level. He’s perfect for his time and place. There is no facade with Kane Williamson. Because there’s nothing in the game he can’t do.