How can England utilise Jofra Archer and Jack Leach to even greater effect, how will Australia cope without Steve Smith, should England persevere with Jason Roy, and what do we make of concussion substitutes? Lawrence Booth, editor of the Wisden Cricketers’ Almanack, dissects the second Ashes Test at Lord’s.

Joe Root looked relieved in last night’s press conference at Lord’s. Instead of fending off questions about his own form (his Test average of 48.34 is a five-year nadir), he was invited to make excited sounds about Jofra Archer.

And while it’s only realistic to point out that Australia need just one more win out of three to retain the Ashes, there are reasons for English optimism as the circus moves north. Here are five observations before Thursday’s third Test at Headingley. 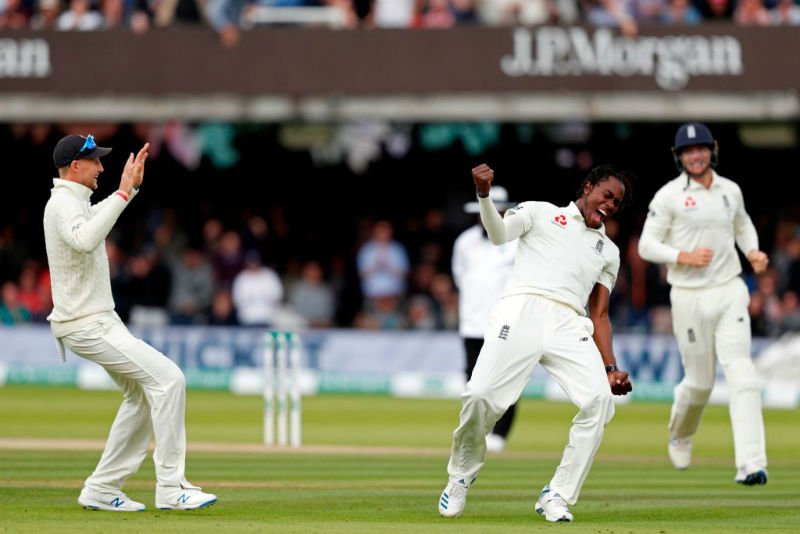 ‘Can I squeeze one more over out of Jofra Archer?’

1) How to use Jofra Archer?

For the next decade or so, every England captain will face the same dilemma: can I squeeze one more over out of Jofra Archer? Take the third morning at Lord’s. Archer, it was widely agreed, represented England’s best chance of knocking over Steve Smith (literally, it turned out). Yet such were his new-ball exertions that, by the time Smith arrived in the 23rd over, Archer was due a breather. In fact, at the very moment Smith was at his most vulnerable, Archer was able to send down only two balls at him before heading to fine-leg with figures of 13-6-18-1.

Most 90 mph deliveries bowled by an English bowler in a single Test match:

Post-lunch rain meant the next time Smith faced him, on the fourth morning, he had already 24. He would make another 56 before Archer hit him on the head. Root will have to manage his new star carefully, because while it’s tempting to hope he might be able to get at Smith in his new-ball spell, reality will often prove resistant.

England have announced their squad for the second Ashes Test ?https://t.co/AgmMXCNY04

As Australia clung on, they faced the kind of double act that has more traditionally done for England over the years: extreme pace at one end, accurate spin at the other. But Jack Leach deserves better than to be the bloke who comes on to exploit the rough. Perhaps Joe Root got out of the habit of trusting his spinners while Moeen Ali’s confidence waned, but Leach should have bowled earlier than the 58th over of Australia’s first innings.

For all the bouquets showered on Nathan Lyon at Edgbaston, Australia’s off-spinner finished Lord’s with match figures of 3-170 to Leach’s 4-58. Suddenly, the unquestioned wisdom that the Australians hold the spin-bowling edge looks less sage.

Two quick wickets for Jack Leach – are we still on for a result?#Ashes pic.twitter.com/4CTcVDl3TM

If Smith sits out Leeds, England simply have to square the series. They should, too, because the rest of Australia’s batting ain’t all that. David Warner and Cameron Bancroft have produced their nation’s worst set of figures for an opening pair since 1888. Usman Khawaja is averaging 22, while Matthew Wade has made 110 of his 118 runs during an innings in which he helped himself to freebies from Joe Denly and Ali.

Had Travis Head been caught last night by Jason Roy, he would be averaging 28 in this series, not 45. Tim Paine can’t play the short ball. It may all explain why there was so much excitement around Marnus Labuschagne. If he’s the answer, England should be able to pose plenty more questions.

England’s batting stats aren’t exactly Smithesque either. Root averages 24, Denly 21, Jos Buttler 12, Roy 10. But there was a sense at Lord’s that their middle order was starting to shake off the post-World Cup lethargy. Ben Stokes made an unbeaten 115, Jonny Bairstow scored 82 for once out, and Buttler bided his time for 31.

Which leaves the top order. It has been wondrous to see how quickly many of the pundits who called on Roy to become a Test opener have turned on him, some as early as his first-innings five against Ireland. Yet, as has been argued before, his new role was always likely to produce its share of failures. There is still time for him to come off in the three Tests that remain; if he does, it will be spectacular. Equally, the success of Rory Burns (England’s leading run-scorer, with 226) has removed some of the pressure on his opening partner. And there were signs at Lord’s that Denly was starting to warm to No.4. Don’t change it all now, England.

“A draw for the second Test but it was a total Ashes foul for the crowd at Lord’s to boo Steve Smith.”

The Australian PM wasn't impressed by the Lord's crowd!

5) The future of substitutes

Last night, Root raised a serious point about a sensitive issue: a concussed batsman gets a substitute, but a batsman with a broken arm does not. Presumably, the answer lies in the threat to life. But why, in that case, would a batsman hit over the heart not be extended the same courtesy? Concussion is a pressing issue; all sports have ignored it for too long, as if bound by a code of machismo. But is there a danger it is being fetishised, to the detriment of other injuries?

Lawrence Booth is editor of Wisden Cricketers’ Almanack and a cricket writer for the Daily Mail.