An England batting collapse. It’s a passage of play that undoubtedly brings frustration, disappointment and confusion, but it doesn’t shock. It has been an all too common theme in recent years and the problem does not seem to be going away anytime soon.

This week’s third Test at Trent Bridge saw the latest episode. England collapsed from 54-0 in their first innings to 128-9, and eventually 161 all out. What’s more, the superb 169-run partnership between Jos Buttler and Ben Stokes masked another feeble attempt in the second innings by England’s top order to bat long. They were 62-4 at the start and lost 4-10 once Buttler was dismissed, eventually succumbing to 317 all out.

During this series so far, it has certainly not been an aberration. At Edgbaston, England went from 216-3 to 287 all out on day one and in the second innings collapsed to 87-7 before young Sam Curran’s heroics gave the home side what turned out to be a match-winning total to bowl at. At Lord’s, despite always having the advantage once they bowled India out for 107, England were 131-5 before an excellent partnership between Jonny Bairstow and Chris Woakes put the game beyond Virat Kohli’s men.

And that is only the beginning. England’s first innings collapse at Trent Bridge was the third time they have been bowled out in a session in the last two years, with Auckland 2018 and Dhaka 2016 being the others. England didn’t achieve such a feat once between 1938 and 2016.  In addition, since the start of 2016, England have been at least four wickets down before reaching 100 in 31 of their 62 Test innings (50%). 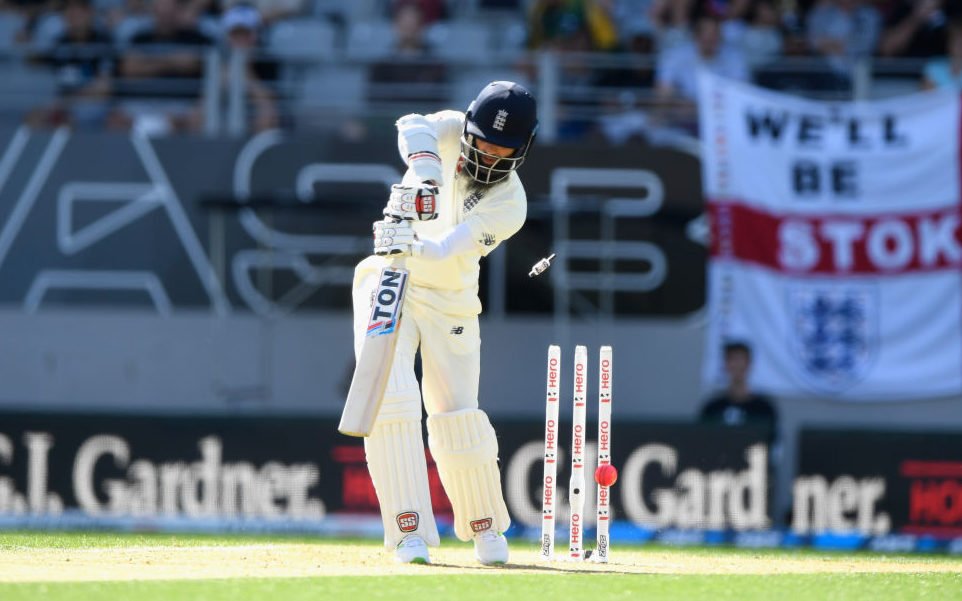 The point is that the same problems keep reappearing. England are not learning and, as a result, it is having a harmful effect on their efforts to win Test matches – they have won three out of 12 Tests since defeating the West Indies last summer. What is perhaps more frustrating is the mode of dismissal. Barring the admirable discipline from Buttler and Stokes on Wednesday, England remained intent on pushing hard outside off-stump and not leaving enough balls, as well as refusing to play with soft hands – think the dismissals of Alastair Cook, Joe Root and Ollie Pope.

We could surmise that the batsmen are not good enough. Since the start of the triumphant 2012 tour to India, only six of 21 England batsmen used in Tests average over 35. Three of those are captain Joe Root (51.27), Jonny Bairstow (38.62), and Alastair Cook (42.31). Another is Gary Ballance (37.45), who had his technique exposed on two separate stints with the Test side after a promising start to his career. Another is Haseeb Hameed (43.8), a young player who gave such an impression on his maiden tour to India but has been in horrible form for Lancashire since then – he averages under 10 for his county this season. The last is Kevin Pietersen. Hameed aside, it seems there are many players who score so prolifically in county cricket but can’t transfer such form into the Test arena.

What about the coaching? Is it good enough? The evidence tells us it is not. Mark Ramprakash joined at batting coach in November 2014 and since his appointment England’s batting fortunes have dipped significantly. Whatever the method is in England’s net sessions, it is not working on the pitch and has not done so for a substantial period.

Then we have the Trevor Bayliss conundrum. While the 55-year-old has been the catalyst to England’s upturn in white-ball cricket, he could also be catalyst to his side’s decline in Tests. Bayliss has always been an advocate for aggressive and positive batting, but since his arrival as head coach in May 2015 that mindset has seen England’s ability to bat for long periods diminish.

Finally, the county system is another area of the English game that has been criticised. The early schedule, which features matches in April when conditions are usually cold and overcast, offers significant challenges to batsmen who, as a result, are unable to spend enough time at the crease. In addition, it leaves the heart of the summer dominated by the limited-overs formats, perhaps emphasising where the priorities currently lie in English cricket. The lack of first-class cricket played by the current Test players can’t be helping much either.

Where the finger should be pointed remains up for debate. Yet it seems remarkable that we are now becoming accustomed to England, a side backed significantly both financially and in terms of support, suffering another batting collapse in Test match cricket. Something needs to change.