After overseeing a “shambles” during his time in charge of England’s limited-overs teams, the appointment of Ashley Giles as the ECB’s new director of cricket has left Wisden Cricket Monthly columnist Jonathan Liew uninspired.

It’s almost five years since Ashley Giles sat in a small, bare basement room in Chittagong and argued that his side had “warmed up pretty well”. England had just been bowled out for 88 by the Netherlands at the 2014 World T20, and if Giles thought drawing attention to their exemplary pre-match training regimen might serve as mitigation, then the incredulous reaction suggested he had rather miscalculated.

Giles was pilloried for his “warming-up” defence, but in fact it was another comment in the same interview that was more revealing. Instead, it was when he offered a sincere apology to “all the stakeholders of English cricket”. Even though his days as an ECB employee were numbered, Giles stayed faithful to the last. Yes, you found yourself nodding: this guy gets it. He’ll be back. 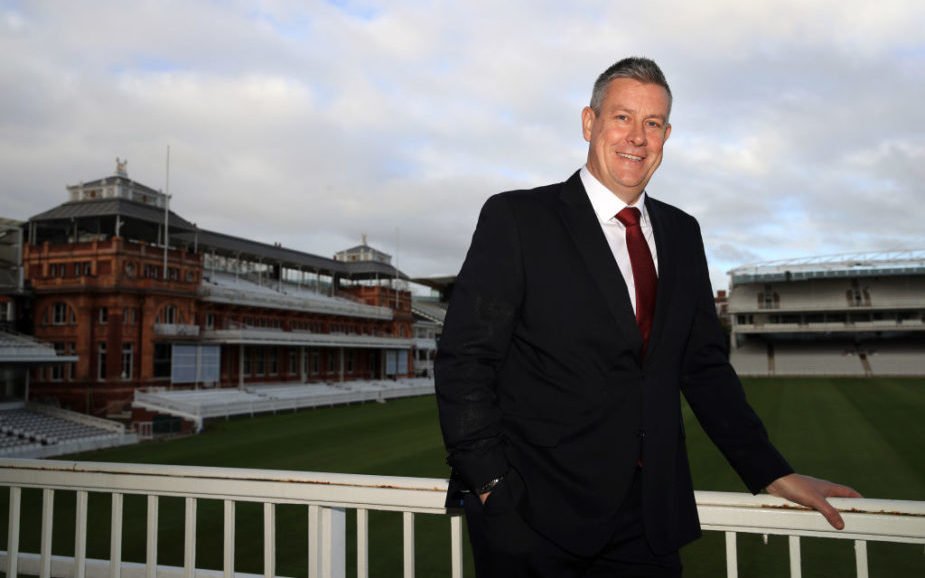 And so, on a chilly morning at Lord’s in January 2019, here he was. He’s always a little taller and heftier than you remember, built more like the carthorse seamer he once was than the wheedling spinner he became. The eyes flashed with pride and ambition. He talked about “respect” a lot. He revealed how, after being sacked as England coach by Paul Downton, he turned to his wife Stine and promised that one day he’d return. Now, with delicious irony, he has Downton’s job.

“The standout candidate,” proclaimed ECB chief executive Tom Harrison, a man who has always had a certain gift for the hard sell, the sort of guy who corners you at a party and talks about cryptocurrency for 45 minutes.

By all accounts, it wasn’t exactly a lavish field – Mark Nicholas and Ronnie Irani were two of the names mentioned – and so the ECB retreated to the warm ursine embrace of ‘Gilo’, the man who inherited an excellent white-ball team and managed to turn it into the laughing stock of world cricket. 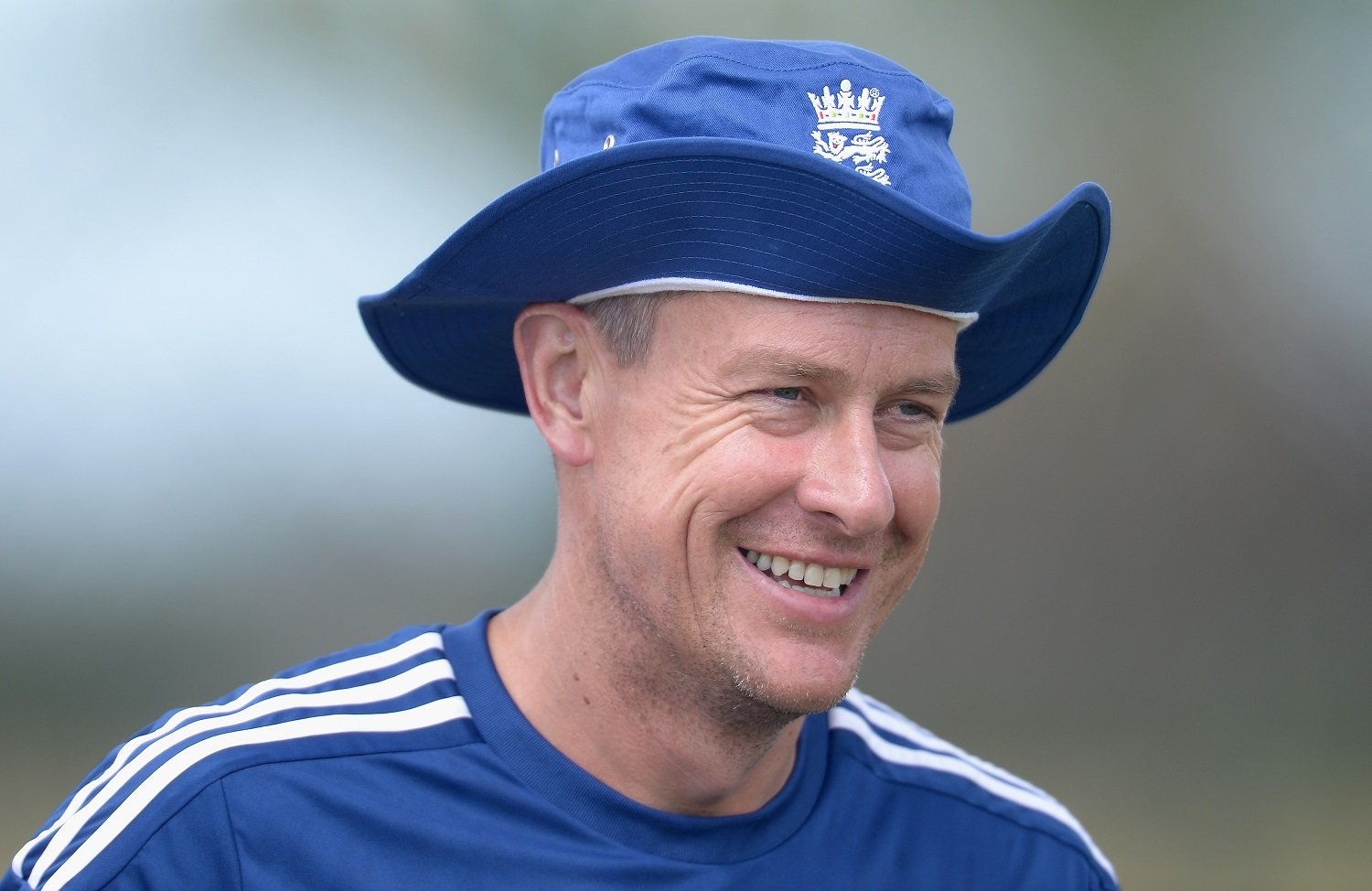 If this seems a touch harsh, then perhaps it’s worth revisiting Giles’ whirlwind 17 months as England’s limited-overs coach, a period often overlooked amid the maelstrom of its calamitous ending. When he took over, England were No.1 in the ODI world rankings. By the time they had lost to India, New Zealand, Australia (twice) and traumatically blown the Champions Trophy final on home soil, they had dropped to No.5. In T20, meanwhile, they went from No.2 to No.8, winning just six games out of 19.

By any objective measure, a shambles. And yet recent years – and recent weeks – have seen a certain revisionism of Giles’ tenure, an attempt to paint him as a bold and gifted strategist undone by short-term circumstances (the 2013/14 Ashes, the resting of key players, the Pietersen affair). It’s a narrative Giles himself has sought to cultivate, one that ignores the gravest shortcoming of all: his failure to react to the unprecedented upheaval taking place in the white-ball game, particularly in terms of scoring rates.

An overseer, a consolidator, a middle manager, a handshaker, a whiteboards and Powerpoint and stakeholder meetings sort of guy
While the rest of the world was teaching itself to thrash 300s and 350s with lawless abandon, Giles’ England simply cleaved to the old formula: wickets in hand, build a platform. Compare the top fours from his last Australia series: Warner, Finch, Watson, Clarke; Cook, Bell, Root, Ballance. (And Jos Buttler at No.8!)

Under Giles, England were 11th in the world for centuries per innings, ninth in terms of balls per six, and failed to chase down a single 270-plus target. His successor Peter Moores may have carried the can for the 2015 World Cup mauling. But its foundations were laid on Giles’ watch. 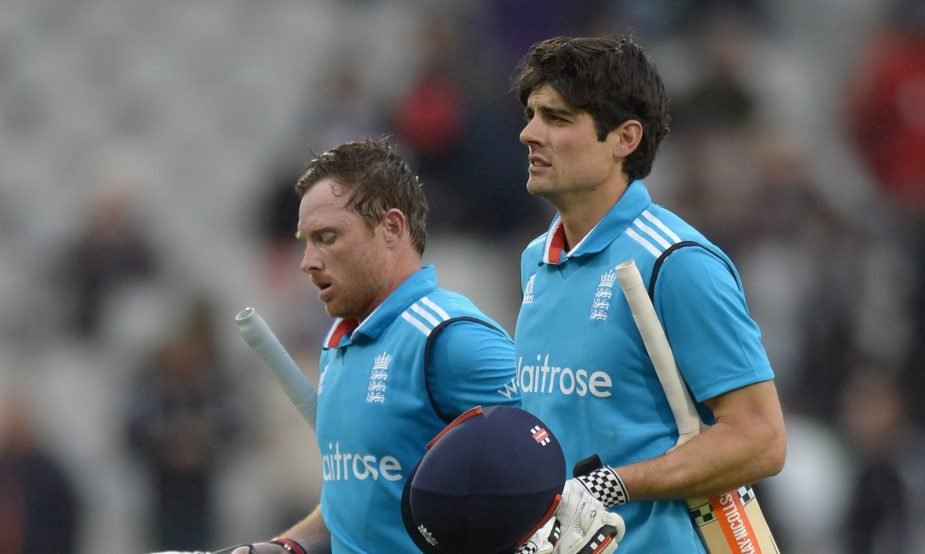 Now, with the international game entering another period of flux, this is the visionary to whom England have turned to navigate the choppy waters ahead. Perhaps Giles is exactly the sort of administrator the ECB were looking for: an overseer, a consolidator, a middle manager, a handshaker, a whiteboards and Powerpoint and stakeholder meetings sort of guy. A safe pair of hands to keep the show on the road while they get the Hundred off the ground.

Naturally, you still wish him well. He’s older and wiser these days, by all accounts: the tracksuit gone, a Masters degree sitting proudly in its frame, the mind refreshed by four years in county cricket. Moreover, he’s a decent, intelligent man, and as he spoke for the first time in his new position it was hard not to be struck by his simple passion, the restless drive of a man who has learned from the past and wants to put things right. You might, in other words, say that he warmed up pretty well.

This article was first published in issue 16 of Wisden Cricket Monthly. Subscribe here 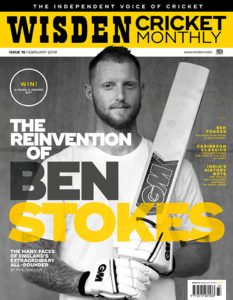