Well done Australia. But this was a dud of a series. Test cricket needs a new phase of Ashes battles, says Wisden Almanack editor Lawrence Booth.

The post-series podium tried its hardest. A giant plastic hand daubed in the Australian flag and brandishing four fingers stood on one side of a giant urn, and another giant plastic hand (English flag, no fingers) stood on the other – the dunce in the corner. Four-nil, in case you’d just flown in from Mars.

But the outsized choreography was fooling no one. Unless you had shares in Steve Smith, or oozed green and gold, or preferred blood sport to real sport, this was a pigmy of an Ashes. 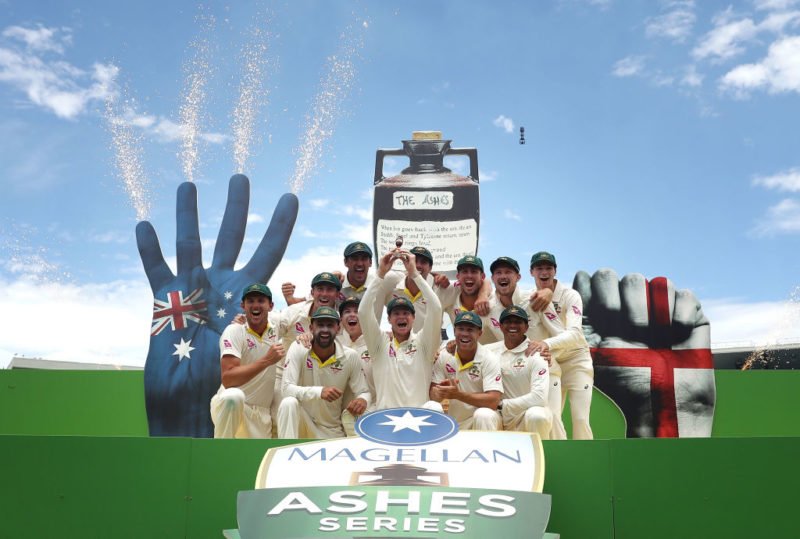 In case you didn’t know the score…

When I ventured this view on Twitter the other day, an Australian journalist asked whether I’d have said the same had England won by the same margin. It was a fair question. I said yes: the best series are close series. And while I stand by the second clause, the first needs finessing.

Because if England had won 4-0, the Ashes would officially have entered a new and exciting phase – one in which the away team does not simply turn up to have their backsides spanked, then return home to pore over footage and darkly plot revenge. And phases are the Ashes’ oxygen. Without phases, the Ashes suffocate.

It’s why the most memorable encounters down the years have been the least expected. The whole thing started, of course, with England’s collapse at The Oval in 1882 – the ultimate shock to the motherland’s self-worth. Then there was Bodyline in 1932/33, England’s win-at-all-costs triumph in 1953, the miracle of 1981, the euphoria of 2005 and Mitchell Johnson in 2013/14. 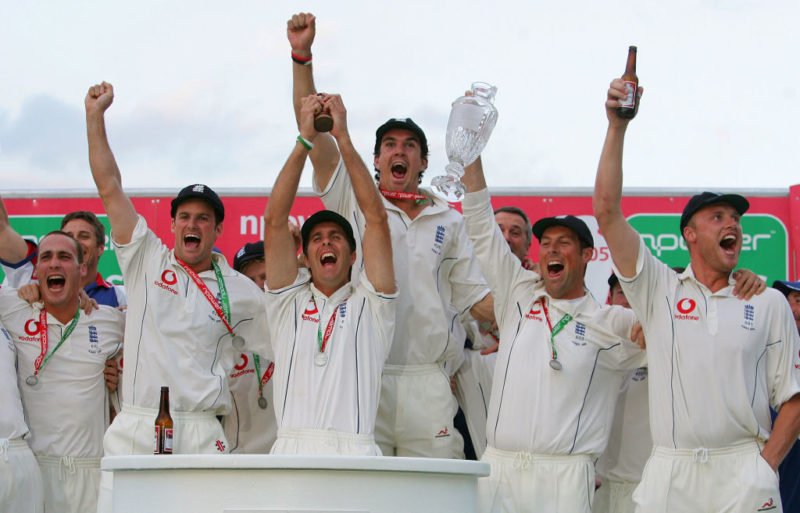 The best series are the least expected

Every so often, something happens to stir the pot. In between, you get the longueurs: most of the Bradman years; the mutual suspicion of the 1950s (Australia thought England doctored their pitches, England thought Australia’s bowlers chucked or dragged); the dull draws of the 1960s; the Packer years, which paved the way for English success in the 1980s; Australia’s eight in a row from 1989; then the home-and-away saga, broken only by England’s 3-1 win in 2010/11.

So forgive me if I don’t get too excited about a 4-0 win by a decent Australia against a deeply flawed England – not when the previous trip did the thrashing even better and with the added thrill of Mitchy J, as the cricket.com.au Twitter feed likes to call him (my sick bucket has proved handy in recent weeks). This isn’t sour grapes; it’s a plea for the unpredictable.

What can happen to break the cycle? The bad news for England fans is that involves an Australian win in 2019, which right now doesn’t look entirely implausible. But that will need two things to happen, and the second of them will tell us something about the different make-ups of Australian and English cricket. 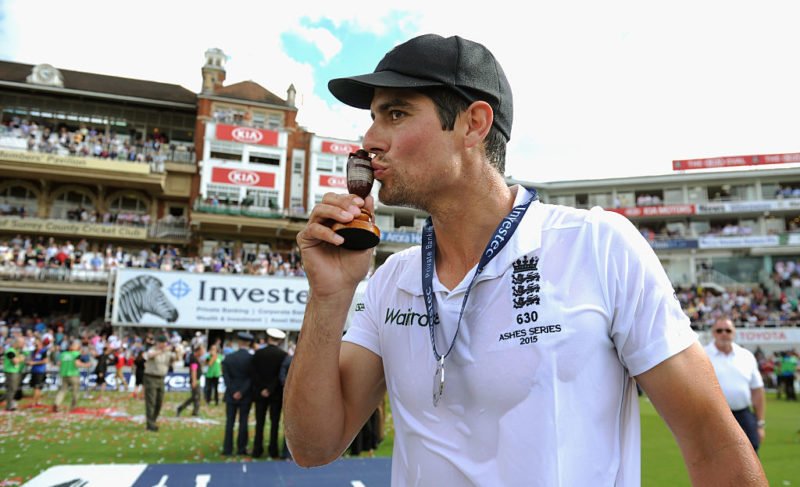 Happier times for England in 2015

First, Australia’s very good seam attack will need to stay fit. This feels more likely now than it did at the start of this series, when English pundits were smugly predicting none of them would last the course. In the event, Mitchell Starc missed Melbourne – and that was it. If they can get used to the Dukes – Josh Hazlewood in particular struggled in 2015 – they could be lethal. And don’t imagine Australia’s think-tank won’t be making plans already.

The obvious solution will be a stint in county cricket, and it is here that the English system is less ruthless than the Australian, because you can be quite sure that either this summer or in the early part of next, a county will offer Smith a gig. Mad, eh? But it will happen.

Imagine Victoria or New South Wales welcoming Joe Root into their bosom shortly before Australia host their next Ashes. Quite.

England’s plans must extend beyond seaming tracks to expose Australia’s leaden feet and hard hands in 18 months’ time. They must extend to breaking the cycle, to finding bowlers quick enough to prosper in Australia and to nursing them through the insane schedules of the county game. Congratulations to Tom Curran for winning his first two caps, but 80mph right-arm over is not the answer.

A spinner, too, would be nice, but will Hampshire begin the season with Mason Crane? If they don’t, he should join a county who will.

But this goes beyond the parochial. What matters is that the Ashes need a new phase. And Test cricket needs the Ashes to find it: we can’t keep reaching Sydney or The Oval with nothing to play for. Well done Australia, and hats off to Smith. But 2017/18 was not that moment.