Australia great Shane Warne has, yet again, picked out Sachin Tendulkar and Brian Lara as the best batsmen of his era, during an Instagram Live session with his followers.

Warne, who is the second highest wicket-taker in Test history with 708 scalps and is widely regarded as the greatest leg-spinner in the sport’s history, clashed with batting legends Lara and Tendulkar numerous times across his storied career.

He has now picked them out as the best of his era, by quite some distance. “There were these two guys, then there was daylight, and after that, the rest of the batsmen came,” said Warne during a Instagram Live Q&A.

Hey guys, hope everyone is staying at home, healthy and is staying safe with loved ones. Over the next week I’m going to talk cricket and select some of the greatest teams in categories – like greatest Aussie team. Greatest ashes team, greatest IPL team plus the best players I played against and have seen etc etc !!!! All comments are appreciated on what else you would like me to select / talk about ! I’m going to start at 5:45 Melb time today ! Hope to see you on my IG live ! ❤️

“If I have to choose any batsman to bat at any conditions, it is a real toss-up between Tendulkar and Lara. But I would just choose Tendulkar. If we have to chase 400 runs on the last day, I would definitely pick Lara.”

Warne went on to pick an Australian Test XI of all the players he played with. “I am only picking players that I played with, [and] that is why David Warner is not going to be a part of the side. He is one of the greatest Australian openers.”

Warne’s Australia XI was captained by Allan Border, despite the likes of Steve Waugh and Ricky Ponting being in it. Matthew Hayden and Michael Slater were his openers, with Ponting, the Waugh brothers, Border and Adam Gilchrist making up the middle order.

Jason Gillespie and Glenn McGrath formed the pace attack, along with the left-field choice of Bruce Reid, the left-arm pacer who played 27 Tests for Australia between 1985 and 1992. 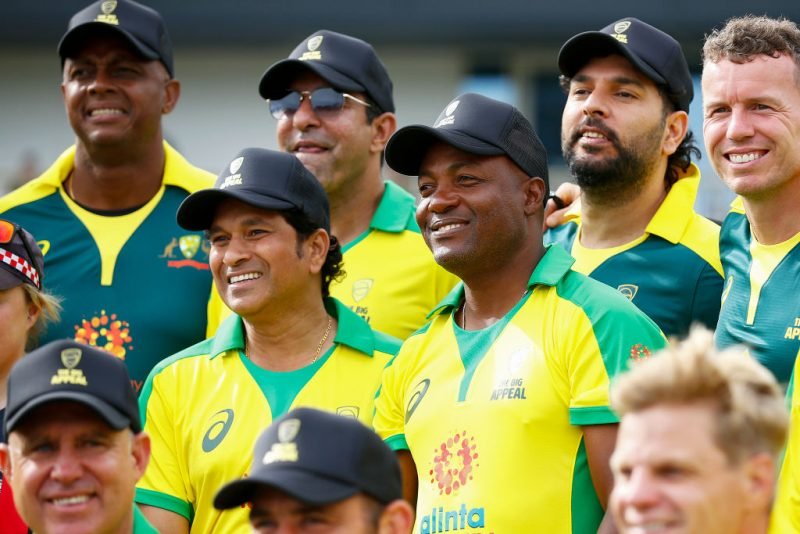 Warne promised that, over the week, he would continue selecting “some of the greatest teams” in other categories, including greatest Ashes team, the greatest IPL team, and so on.