Venues New South Wales, the owners of the Sydney Cricket Ground, have launched an investigation into alleged racial abuse suffered by a spectator at the hands of security staff during the recently concluded Border-Gavaskar Trophy Test at the venue.

The incident took place on the final day of a Test marred by further accusations of racial abuse levelled by the BCCI towards members of the crowd.

The fan involved, Krishna Kumar, told Wisden.com that staff prevented him from bringing anti-racist posters into the ground. After questioning the justification behind the decision, Kumar – who attended three days of the Test – alleges a staff member said to him: “If you want to address, go back to where you came from and address it there.”

Kumar, who is an Australian resident brought up in west Africa, also told Wisden.com that he witnessed a group of young men on day three referring to India players as “curry-munchers”. The BCCI have lodged a complaint against racial abuse from the stands on day three. The anti-racist banners that he intended to bring into the ground read, ‘Brown Inclusion Matters’, ‘Rivalry Is Good, Racism Is Not’, ‘No Racism, Mate’ and ‘Cricket Australia, More Diversity Please’. 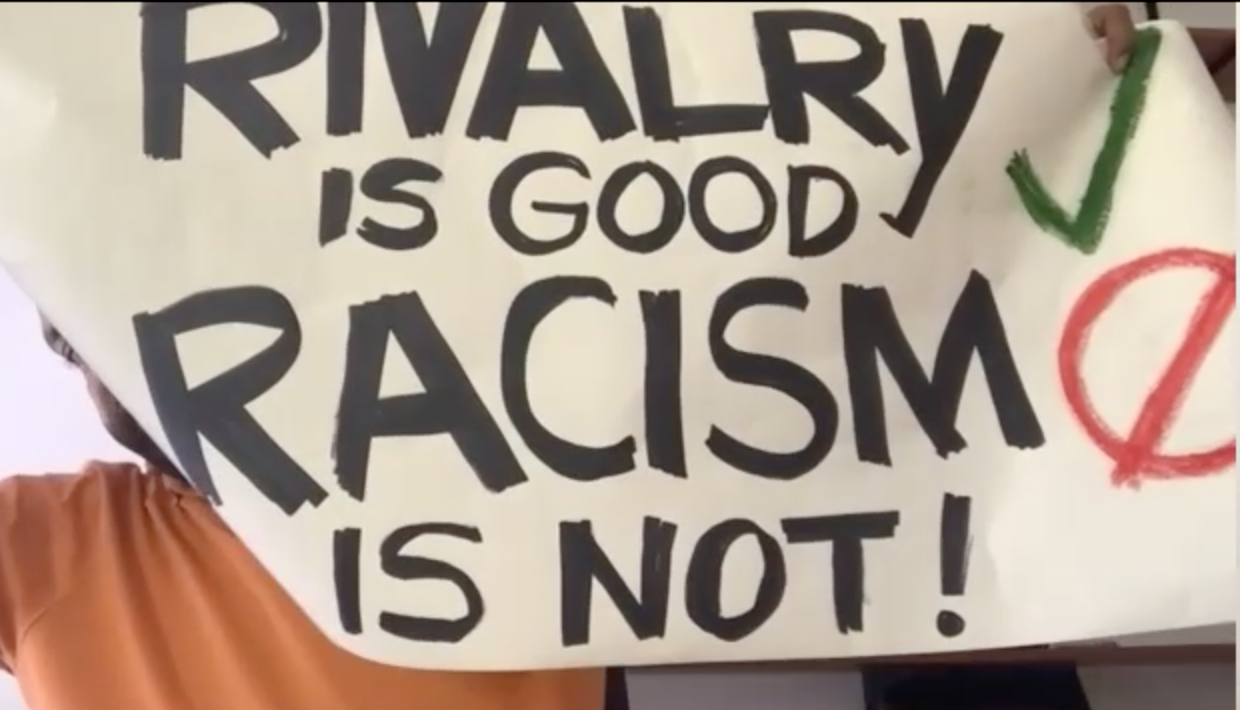 Kumar said: “I have experienced racism on day three, I am already shocked, appalled by it. Day four, I hear that there have been more racial slurs, the game had to be stopped.

“Day five, I thought, ‘If I can’t put the banners out, I can at least put the flag up and support my team.’”