India quick Jasprit Bumrah, grounded by a stress fracture in the lower back, is reportedly going to travel to the UK for consultation, and is eyeing a return to top-flight cricket by the end of this year.

According to a report in IANS, a BCCI functionary revealed that Bumrah will be flying out in early October, and will be accompanied by the team physiotherapist.

“Yes, he will be going to the UK in the first week of October and will be accompanied by Ashish Kaushik [physio],” the source was quoted as saying. “They will look to get the best possible opinion in the matter. They will be checking with three doctors and the next plan of action will be decided after that.”

JUST IN: Umesh Yadav replaces Jasprit Bumrah in India's Test squad#TeamIndia fast bowler Jasprit Bumrah has sustained a minor stress fracture in his lower back and has been ruled out of the upcoming Paytm Freedom Series for Gandhi-Mandela Trophy against South Africa. pic.twitter.com/yZiUmMABPt

The injury to Bumrah, ICC’s No.1 ranked ODI bowler, was detected “during a routine radiological screening”, as per a BCCI press release, which ruled him out of the upcoming India-South Africa Test series. He underwent his initial rehabilitation at the National Cricket Academy in Bangalore.

With Bumrah sidelined, India shored up their bowling by drafting in Umesh Yadav for the South Africa Tests, joining Ishant Sharma and Mohammed Shami in the pace attack. 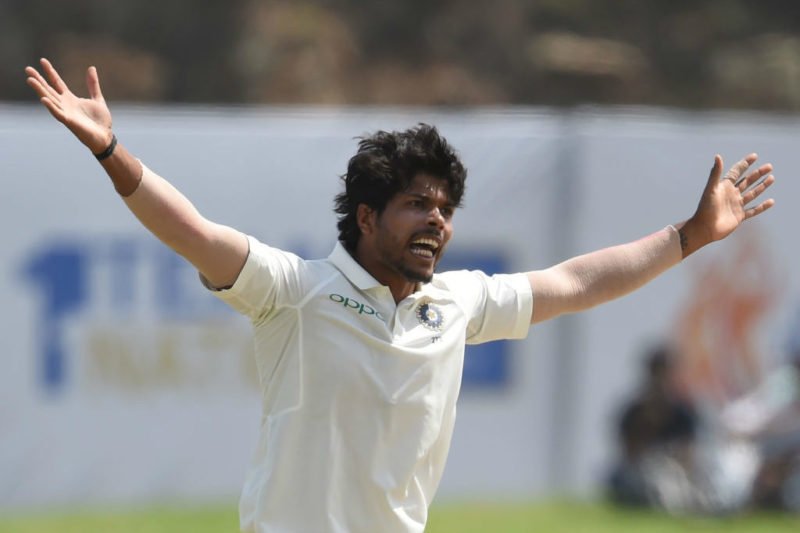 Bumrah’s absence paved the way for Umesh Yadav’s re-entry, who last played a Test in 2018

Many consider Bumrah’s injury to be a manifestation of his quirky, stiff bowling action, which seemingly puts heavy load on his lower back and landing foot during delivery.

Former India pacer Ashish Nehra had, however, insisted that Bumrah’s injury is not the result of his bowling action, urging the 26-year-old to manage his workload smartly, while squeezing out as much game time as possible.

“Stress fracture is unrelated to action and we must get our concepts clear,” Nehra told PTI. “He doesn’t need to change his action and if he tries to do that, it won’t be great. Let me assure you when he comes back, he can bowl with same action, intensity and pace.”

Having endured multiple injuries during his own playing days, and fighting them off to play until his late 30s, Nehra opined that stress fractures, detected through bone scans, end up being a roadblock for a large majority of fast bowlers, but aren’t career-threatening unless chronic.

“In bone scan plates, you will see doctors pointing at various spots. These are stress spots. Now fast bowling is a strenuous activity and do a bone scan of any bowler and you will see those spots. Do you stop playing? It’s just that you have to manage it well as some injuries are chronic.”

“At this stage of Bumrah’s career, the more he plays, better he will get at it.”