South Africa seamer Vernon Philander is banking on his side’s big names to rise up to the task of challenging India on their home front, ahead of their World Test Championship debut on October 2.

“Spotlight will be on a lot of big players to make a statement,” Philander told reporters, after the side’s practice game against Board President’s XI in Vizianagaram. “We have lost some senior players and there are new players coming in and we want them to learn quickly.”

South Africa inducted three new faces in its Test squad, as they look at life beyond the retired duo of Hashim Amla and Dale Steyn. With AB de Villiers also having left the international stage last year, the nucleus of South Africa’s Test success over the last decade has walked away, throwing open a challenge for the side to transition through.

“Hopefully we can use the experience of the senior players that are still around and mould this into a good Test side for the years to come,” Philander continued. “That’s the most important part to lay a good foundation for players to take forward.” 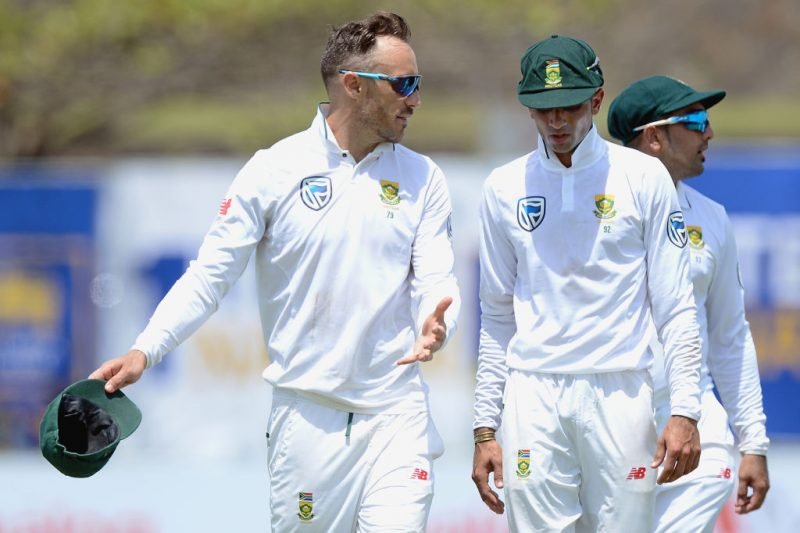 Under Faf du Plessis, the side will look to improve their poor Test numbers abroad

In the last five years, South Africa haven’t been up to the task as tourists; away from home, they have won only four of their last 18 Tests. Further, the team hasn’t won a Test series on Indian soil since 2001. While the odds might be stacked against them, based purely on their track record, Philander is hoping South Africa reverse the trend of starting slow, and draw first blood in the series.

“Our job is to come here and give the first punch but in saying that, India is obviously expected to do well so first I think we really want to start well. we are known as a team who starts slow and this time around we have to start well.”

“There is a lot of pressure on players. It’s international cricket, you want to keep it that way.”

It will be South Africa’s maiden Test in the World Test Championship; while the competition is bound to increase with only the top teams competing, he expects the side to be equal to the task.

“The Test championship brings in a new dimension. It is a new sort of excitement for players. Also knowing that you will be playing against top teams more often [is great]. It’s a tough start, playing India in India but don’t think the South Africans would have wanted it any other way: take the big dogs in their home ground.”

Philander, sharing the new ball with Kagiso Rabada in the practice game, snared two out of the eight Board President’s XI wickets that fell in the three-day match. It followed a trademark lower-order cameo by him, garnering a 49-ball 48 in the first innings.

He missed a part of the Sri Lanka away series, and the Pakistan home series last season, before returning to action with the Sri Lanka home Tests. With the challenging India tour set to begin, Philander will be aiming for a full-fledged comeback to peak form.

“It’s always good to have some time out in the middle. Fortunately for me, I came here a couple of days earlier to join the A side, to get a bit of a game time. Mainly it’s just about getting a feel for the wickets.

“We are obviously prepared to do well. when we do well, it gives you that better confidence and I’ll take that confidence with me. It’s been a long winter for me and I am feeling in really good nick.

“All of us are looking forward to this challenge and there are a lot of player-to-player challenges as well. Can’t wait to get going.”