Shadab Khan, who scored a half-century in what was otherwise a dismal Pakistan batting performance against England in the first innings at Headingley, said spending time at the crease was the key to his success.

Khan scored 56 runs off just 52 balls with 10 fours while batting at No.7 and was the last man to be dismissed after playing a crucial role in Pakistan’s recovery from 79/7 to their final total of 174.

“There was seam and swing when I was batting. I was only trying to do what I know,” Khan said. 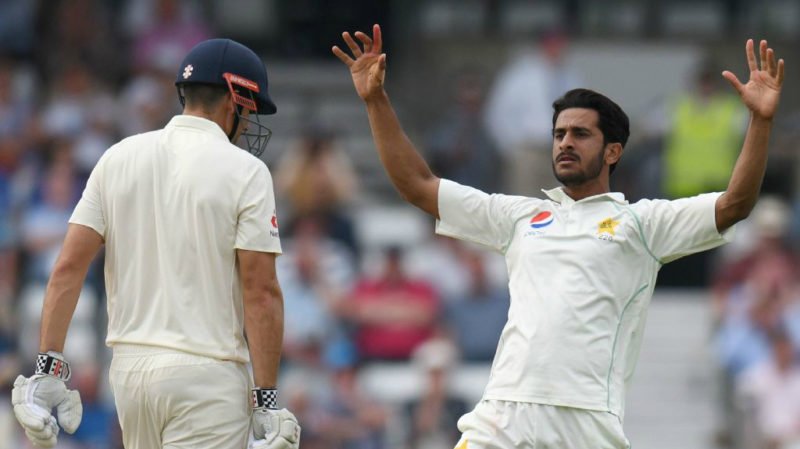 “Whenever I go in to bat, I take it as my last innings. I try to go as long as I can. Because the more time you spend on the crease, the more you will score.”

"I try to punish the ball that is in my area"

The 19-year-old came into the deciding Test riding on half-centuries in consecutive Tests, having scored 52 in the first innings at Lord’s and 55 against Ireland in the one-off Test in Malahide earlier.

“I try to punish the ball that is in my area,” said Khan when asked to explain his approach. 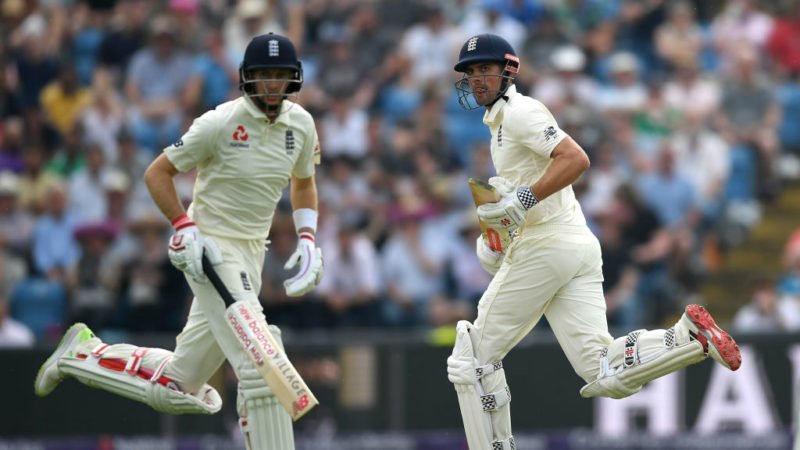 Cook and Root added 51 runs for the second wicket

Asked at the end of the day whether he had ambitions to become the next Steve Smith, who had also started out as a leg-spinner before becoming one of the most prominent batsmen in world cricket, Khan said it was too early for comparisons.

Related Story: Quiz! Name the bowlers to dismiss Joe Root the most in Tests

Khan added 34 runs with Mohammad Amir for the eighth wicket, 43 runs with Hasan Ali for the ninth and another 18 runs with Mohammad Abbas for the final wicket before being dismissed by Sam Curran — who picked up his maiden Test wicket in the process — to signal the end the innings.

Sam Curran dismissed Khan to get his first Test wicket

England, in reply, posted 106-2 at stumps, courtesy a 53-run opening stand between Alastair Cook and Keaton Jennings and a 51-run second-wicket partnership between Cook and captain Joe Root.

They trail Pakistan by 68 runs with eight wickets remaining in the first innings.