Mohammad Hafeez, the Pakistan all-rounder, has been suspended from bowling in ECB competitions after his action was found to be illegal.

Hafeez, who played for Middlesex in the 2019 T20 Blast, was reported by umpires following a match against Somerset in August. The spinner was subsequently assessed at Loughborough University, where the action for his off-spin delivery was found to exceed the 15-degree elbow extension limit.

In all, Hafeez played four matches for Middlesex in the 2019 Blast, sending down 14 overs and taking two wickets at an average of 60.5. In a statement, Hafeez accepted the ban on bowling in domestic competitions in England, while acknowledging it would affect his reputation as an all-rounder. 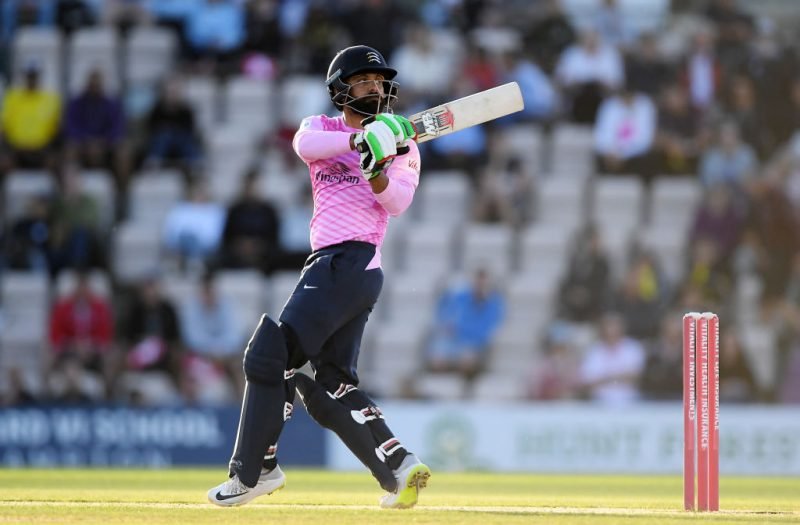 Mohammad Hafeez scored 115 runs at a strike rate of 112.74 in four outings for Middlesex

“I have received the ECB Bowling Review Group report on my bowling action,” Hafeez said. “Despite identifying procedural testing flaws, which have been accepted by the review committee, as well as realising the findings will potentially affect my reputation as a world-proven all-rounder, I accept the Bowling Review Group findings.

“As per ECB regulations, I am ready to appear for an independent analysis at an ICC-accredited centre so that I become eligible to play in ECB-organised events.”

Hafeez, at the time of writing, is not contracted to any English side for the 2020 season.

This isn’t the first time Hafeez’s bowling action has prompted scrutiny. He has been reported in international cricket multiple times, and each time, he has had to rework his action, go through reassessment before being cleared to bowl again.

It’s a routine that has tired him. In May 2018, the Pakistan veteran questioned the ICC’s processes with regard to suspect action, which prompted the PCB to hand him a show cause notice.