Michael Vaughan, the former England captain, has laid out his main concern about England at the World Cup 2019.

They are the No.1-ranked ODI side in the world and one of the favourites to lift the trophy at home later this year, but Vaughan is worried about the team’s tendency to succumb to “moments of madness” with the bat.

England are now using the slower ball more than any other time this decade. @benjonescricket of @CricViz on England's new slower ball strategy that might take them to even greater heights.https://t.co/CqKv1zX9GF

Eoin Morgan and his team chased down 360 against West Indies in the first ODI in the ongoing series in the Caribbean, but were then bundled out for 263 in a 289-run chase in the second game. They were in a comfortable position at 228-4, but lost six wickets within eight overs to concede the series lead.

“England have got everything required to win the World Cup except for these moments of madness,” Vaughan told BBC’s Radio 5. “It happens every four or five games and if it happens in the semi-final then they are out.

“The India side, around the time they won the 2011 World Cup, didn’t have the day England had in Barbados on Friday. The Australia side that won in 2015 lost the odd game, but they didn’t have moments like England do on a consistent basis.” 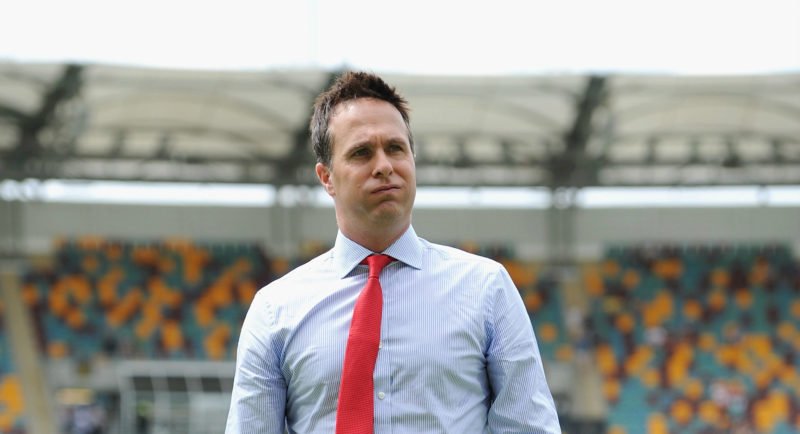 “England do get bored if they’re not whacking it”

Even when England hosted the Champions Trophy in 2017, they had one such collapse – having started well in the semi-final against Pakistan, they lost seven wickets for 70 runs. England went on to lose by eight wickets.

“It’s not a [whole] game, it’s almost just a period of the game – in that Champions Trophy semi-final against Pakistan, it was just 10 or so overs where England lost four quick wickets and the game was over,” Vaughan pointed out. “That’s my concern for them in the World Cup.”

"He’s a tough bloke, has got a fair amount of discipline and communicates really well."@Gilo has an idea of who might be at the helm for England once Steve Bayliss vacates head coach duties.https://t.co/OZjNExR9b8

England overhauled their approach to ODI cricket after the 2015 World Cup. They brought in 50-over specialists to play a more attacking form of the game – a move that has since been hailed – but Vaughan believes the power-hitters in the side lack the patience to stay put at the crease when the going gets tough.

Related Story: How will the World Cup formats change from 2023 onwards?

“England do get bored if they’re not whacking it,” he said. “If they have not struck a boundary in 10 balls they think, ‘I have got to hit one.’ It is the only thing I look at the team and worry about – if they are under big pressure in a one-off game and the ball is doing a bit and they go gung-ho.

“If they continue to play in that fashion they will have games where they completely dominate. But they will also have that one game, where I still have a bit of doubt that they might not be smart enough to see themselves through a 20-over period when a bit of old-school cricket might be required.”

The World Cup will begin on May 30, with England taking on South Africa at the Oval.