Virat Kohli has quashed rumours of a rift in the Indian team, saying some of the reports were “baffling” and “ridiculous”, ahead of the team’s departure for the series against West Indies.

Recent media reports have spoken of a feud between Kohli and Rohit Sharma over the issue of split-captaincy. However, the current captain across formats denied the issue in no uncertain terms, and berated the media for overlooking the progress the team had made over the last few years.

“It’s baffling, to be honest. It’s absolutely ridiculous to read such stuff that comes out there,” he said. “We are feeding off lies, we are overlooking facts, we are turning a blind eye to all the good things that have happened, and creating fantasies and scenarios in our head, and we want to accept that this is the truth. I’ve seen this for too long now, bringing personal lives into the picture. It’s disrespectful at the moment.

It is baffling to read (reports of an alleged rift). We are feeding off lies, overlooking facts & turning a blind eye to all the good things that have happened. It is disrespectful: @imVkohli pic.twitter.com/gl9oPm8veE

If I don't like a person, I'm insecure of a person, you'll see it on my face or in my behavior towards the person."

Ravi Shastri, the head coach, said the reports were “nonsense”, and agreed with Kohli that the team’s success wouldn’t have been possible had the squad been divided. “The way this team plays, no individual is bigger than the game. Not me, not him, nobody in the game,” Shastri said.

“And the way they play, it’s in the interest of the team. You can’t have the kind of consistency across formats if you have, like you mentioned, rifts or divisions, or whatever. It is not possible. So, when you play on the cricket field, in that dressing room, I’ve been part of it for some time, and none of that nonsense [is] there.” 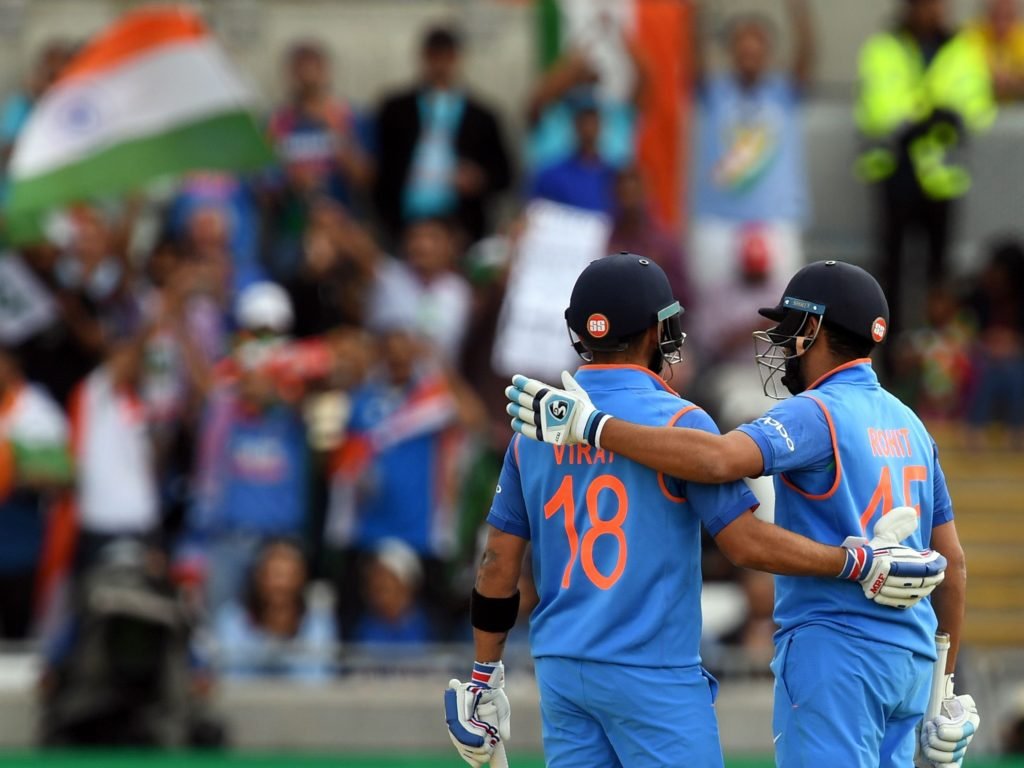 “I’ve always praised Rohit when I’ve had an opportunity, I believe he’s that good, I’ve had no issues”

Kohli reiterated he has “no issues” with Rohit, and also made it clear that, if he didn’t get along with someone, he was expressive enough to make it obvious. “I’ll tell you something about myself. If I don’t like a person, I’m insecure of a person, you’ll see it on my face or in my behavior towards the person,” he said. “That’s how simple it is.

“I’ve always praised Rohit when I’ve had an opportunity, I believe he’s that good, I’ve had no issues. As I said, it’s baffling, to be honest. I don’t know who is benefitting from all of this. We here are living, breathing, working towards getting Indian cricket to the top, and here people want to get some kind of pleasure in bringing this up. I don’t understand how that works.”

India begin their series against West Indies with the first T20I in Lauderhill, Florida on August 3.