Speaking after India’s 3-2 series defeat at home to Australia, India captain Virat Kohli has said that there is no panic in the Indian camp two months out of the World Cup.

India became just the fifth team to blow away a 2-0 ODI series lead and as they lost the final three ODIs to a resurgent Australia side who registered their first series win in the format for over two years.

“None of the guys in the change room are panicking, the support staff is not feeling down after this defeat,” said Kohli. “Because we know the things that we were wanting to do in these last three games, but purely because now it’s only the World Cup after this in the one-day competition. We as a side feel balanced, it’s just that in the pressure moments, they [Australia] showed more composure than us. 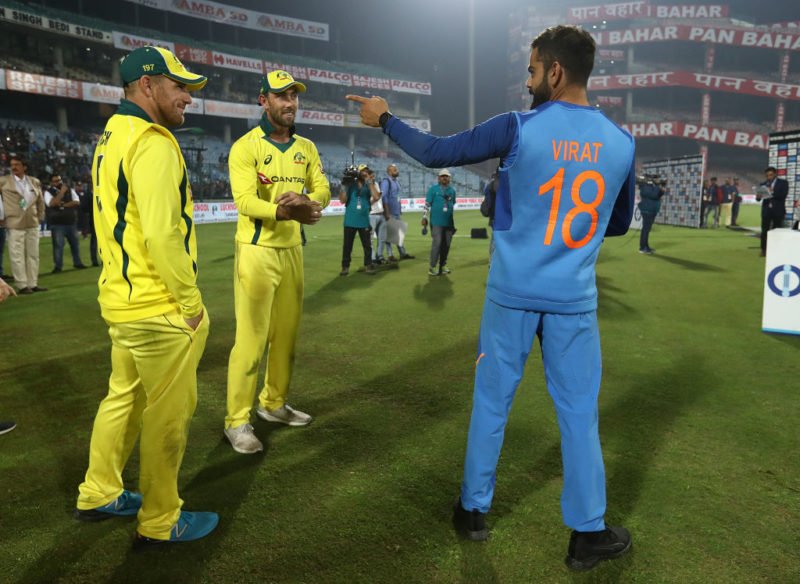 India tinkered with their XI throughout the series. Ambati Rayudu was dropped after the third ODI having scored just 33 runs from three innings while former skipper MS Dhoni was rested for the final two games of the series. KL Rahul was brought into the side for a solitary ODI while Rishabh Pant was also given two opportunities to showcase his potential.

Related Story: Warne: Manchester loss a ‘real punch in the guts’ for Australia

While such rotation might suggest uncertainty over their best XI, Kohli said that this series was the final opportunity to give match practice to fringe members of the squad. He said: “You couldn’t have tried that anywhere else apart from those three games. That is not an excuse at all because we expect to raise our standard of cricket.

“The changes is not an excuse. It will never be an excuse. But we used these three games to give game time to guys who we think are good enough to perform at this level.”

India’s World Cup campaign gets under way at the Ageas Bowl on Wednesday, 5thJune.