West Indies legend Brian Lara heaped praise on India’s current pace attack, and said it reminded him of what West Indies had in the 1980s and 1990s.

“When you look at the quality – [Mohammed] Shami, [Jasprit] Bumrah, [Umesh] Yadav, they are unbelievable,” Lara said at an event in Mumbai on Thursday, October 17. “And the guys that you [India] have on the sidelines, it reminds me a little bit of what the West Indies had back in the ’80s and ’90s… the reserve strength is very important in assessing a team’s ability.

“If your reserve strength is very good – Bhuvi [Bhuvneshwar Kumar] and all these guys are sitting on the sidelines – then it means that your attack is quality.” 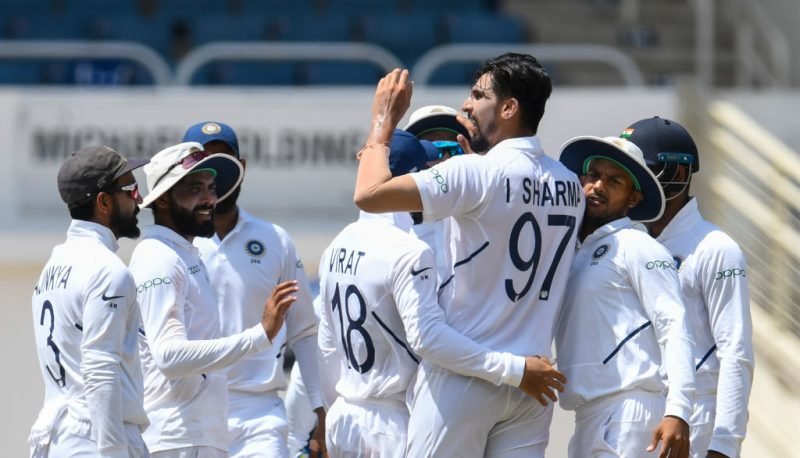 Kohli’s India have been No.1 in Tests since October 2016

Lara based his observations on what he saw when India visited the islands for a full tour in August this year, and returned unbeaten in all three formats.

“I saw them in the West Indies and I must say what I was accustomed to in the past, in the ’90s and early part of the 21st century, this is a little bit exceptional, this is pretty special.

"You've got to give India credit with where their cricket is; they're at a very high point"

“The Indian outfit – batting, bowling, and fielding – is exceptional. I thought their fast bowlers were sometimes unplayable [during the Test series in the West Indies]. So starting with that, you’ve got to give India credit with where their cricket is; they’re at a very high point.”

India are currently engaged in a three-match Test series at home against South Africa and have already taken an unassailable lead of 2-0, with the final Test starting on October 18 in Ranchi.

The series win is India’s 11 consecutive one at home – a new world record – surpassing Australia’s previously-held record of 10 wins on the trot.

'The Indian seam is a rapidly growing beast: untameable, punishing and impossible to stop!'https://t.co/G2UxwzzxAY

Lara said that India have a become “a force to be reckoned with” globally, and soon will spread their dominance abroad.

“They’re now travelling well, they’re playing abroad and beating oppositions, which is great. World cricket is a lot more competitive now, Australia, South Africa and England. So India will have to do it over a period of time, dominating all teams to be considered. But they are definitely a top cricketing nation at the moment.”