Ambati Rayudu, the India batsman, has reversed his retirement – announced amid much drama during the World Cup – saying the decision was an “emotional one”.

Rayudu was excluded from India’s World Cup squad, the selectors instead opting for the all-round skills of Vijay Shankar. Later, when he was overlooked as replacement for Shankar, with Rishabh Pant and Mayank Agarwal being called up as replacements during the course of the tournament, Rayudu announced his decision to retire from all formats of the game.

However, two months on and ahead of India’s domestic season, Rayudu has reversed the decision, writing in an email to the Hyderabad Cricket Association that he was “willing to play in all formats of the game” again, including first-class cricket. Last year, he had retired from the long format to focus on limited-overs cricket ahead of the World Cup.

Ambati Rayudu in July: “I have come to decision to step away from the sport and retire from all forms and levels of the game.”

Ambati Rayudu in August: “I will definitely be playing the IPL for Chennai Super Kings.”

“I want to take this opportunity to thank Chennai Super Kings, VVS Laxman and Noel David, who have been very supportive during the tough time, and are instrumental in making me realise that I have enough cricket left in me,” Rayudu wrote, according to The Hindu.

“I am looking forward to a wonderful season ahead with a very talented Hyderabad team and help the team realise its full potential. I will be available from September 10 to join the Hyderabad team.”

Noel David, the Hyderabad chief selector, was delighted with Rayudu’s decision, and believed the top-order batsman had at least another five years of cricket left in him. “It is great news for us,” said David. “I still believe he still has five years of cricket and [can] groom youngsters, which is more important for us. Last year without him, we struggled in Ranji Trophy [India’s first-class tournament]. 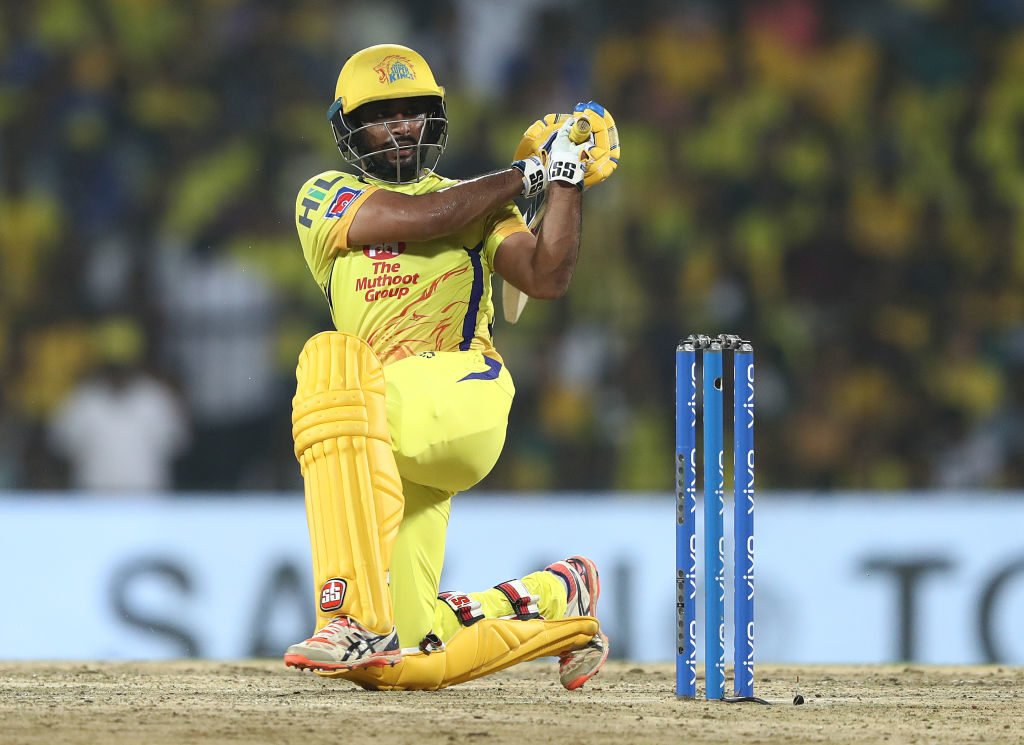 Rayudu said he would “definitely” play for CSK next season

“Rayudu’s class and experience will prove to be very handy for Hyderabad and will surely have a major positive influence on the other players as he will be playing in all the formats.”

Last week, Rayudu had revealed he would be playing the IPL, saying he “would definitely” turn out for Chennai Super Kings in the next edition.