Chris Silverwood, the current England fast-bowling coach, has emerged as the front-runner to succeed Trevor Bayliss as the team’s head coach, with the ECB set to announce the new appointment in the coming week.

Several reports in the English media have said Silverwood is favourite for the job now, particularly after Alec Stewart, Surrey’s director of cricket, pulled out of the race citing challenges in balancing family commitments alongside England’s hectic international schedule.

Silverwood’s biggest competition now is Gary Kirsten, who has previously coached India and South Africa, famously winning the World Cup during his stint with the subcontinental side, and taking the Proteas to No.1 in Tests. However, according to the Guardian, Kirsten expressed reservations about England’s schedule. 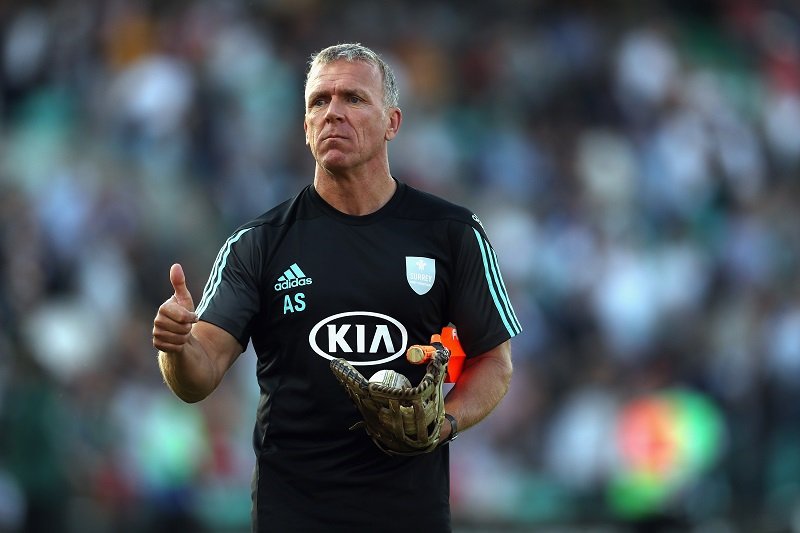 Alec Stewart bowed out of the race, boosting the chances of Silverwood coaching England

The advantage therefore lies with Silverwood, who has been England’s fast-bowling coach since January 2018, and has worked closely with most cricketers from the current crop. His coaching credentials hold up as well – as head coach of Essex, he led them to the County Championship title in 2017, their first in 25 years.

Silverwood, according to reports, enjoys the backing of Ashley Giles, the man in charge of selecting Bayliss’ successor. “He’s a tough bloke, has got a fair amount of discipline and communicates really well,” Giles had said of Silverwood in February.

“Some guys are really strong in connecting with the dressing room, but don’t naturally lead well because it takes a different set of skills. But I think Chris Silverwood could do it.”

Should Silverwood be promoted to the head coach role, there will be two vacancies to fill in the coaching staff. While Graham Thorpe is expected to remain as batting coach, the position of bowling coach that Silverwood vacates will need filling, while Paul Collingwood, who has worked with England this summer, may now be appointed full-time.