Queensland opener Matt Renshaw has been called up to the Australia squad for the fourth Test against South Africa in Johannesburg.

Steve Smith is already banned for the match by the ICC and further suspensions by Cricket Australia expected to follow for the Australian captain, his vice David Warner and the opener Cameron Bancroft, while Darren Lehmann is reportedly set to tender his resignation as head coach, according to the Telegraph. 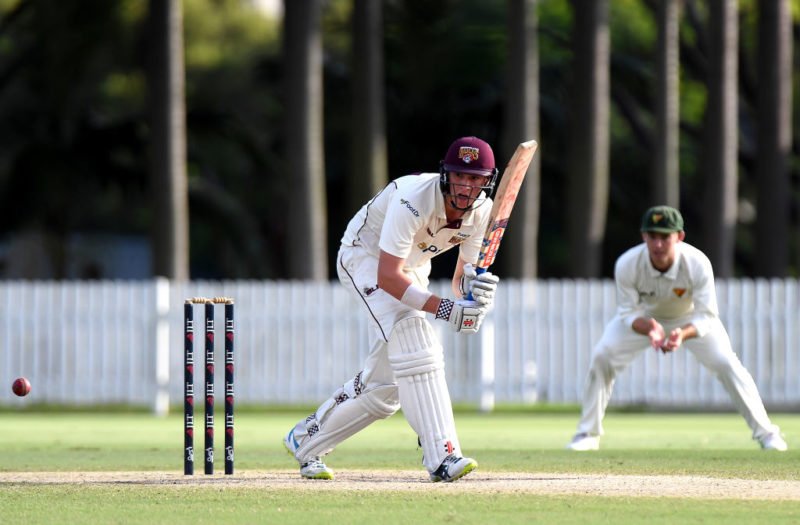 Matt Renshaw has been in fine form in the Sheffield Shield

CA chief exec James Sutherland landed in Johannesburg on Tuesday to meet the squad and Lehmann and to unpick the findings of the board’s head of integrity Iain Roy, who has conducted an investigation.

Related Story: Who is Matthew Mott, the frontrunner to become England’s next white-ball head coach?

With a statement excepted from Sutherland later on Tuesday, the outcome could leave Australia requiring three new batsmen for the final match of the series, as well as a new long-term captain and vice-captain. Peter Handscomb is the only spare specialist batsman in the squad. If a further call-up is required then Renshaw’s opening partner at Queensland Joe Burns would be favourite.

Renshaw is currently playing for Queensland in the Sheffield Shield final and would come into the game on the back of three domestic hundreds.

Tim Paine is expected to captain the team and will be considered as a long-term replacement for Smith just months after his surprise recall to the side. Western Australia coach Justin Langer is expected to be fast-tracked into the head coach role.