New Labour, new optimism and a new all-rounder as exciting as English cricket had seen in a generation. Jo Harman remembers the summer of ’97.

My early childhood memories revolve around either playing or watching sport. I’m sure I did other stuff but none of it really stuck. One non-sport-related memory that has stayed with me, though, is watching the 1992 UK General Election results from my grandparents’ bungalow in Hamilton, New Zealand, and seeing the expression on my parents’ faces as a tearful red-headed man without much hair gave his resignation speech. Apparently he’d told everyone he was going to win. A lot of people had believed him.

I was seven at the time and didn’t have the faintest idea what it all meant but I did know it was important. That much was clear from my parents’ reaction. So when the summer of 1997 began with a landslide win for New Labour, even as a pre-teen with only the most basic understanding of politics, I felt the ripples from the wave of optimism that was sweeping the country. Eighteen years of Tory rule and things really did get better, almost instantly. At least in the world of a sport-obsessed 12-year-old. Three weeks later David Hopkin sent Crystal Palace back into the Premier League with a curled last-minute winner at Wembley. I remember celebrating Palace’s return to the top tier by using my saved-up birthday money to buy a whole heap of crap from the club shop – bed sheets, towel, lamp, Stevie Coppell figurine – to go alongside my posters of Dean Gordon and Neil Shipperley. rule were over and things could only get better with Tony in charge.

The day before the play-off final I’d been up to London with my dad for the third ODI against Australia at Lord’s. Weirdly, England had already won the series – Mike Atherton’s century at the Oval two days earlier giving the hosts an unassailable 2-0 lead – and it gave them the chance to experiment by handing a debut to 19-year-old all-rounder Ben Hollioake. Dad and I took a trip to watch England at Lord’s each year and tradition dictated that we would leave Canterbury at the crack of dawn, a picnic hamper packed safely in the boot, to watch the players net before play started. On that morning I remember an England fan shouting out to Hollioake in the nets: “Ben, where are you going to bat?” “I’m batting three,” he replied. These days he’d probably be reprimanded by the ICC Anti-Corruption Unit for sharing information potentially worth thousands of pounds.

I seem to remember Dad being a bit sceptical that Hollioake would actually bat that high. He’d batted as low as No.8 for Surrey that season and it was generally assumed he’d been picked more for his bowling. It was also most un-English, particularly at that time, to throw a debutant teenager in at first drop against the Aussies, but Atherton had evidently seen something special in Hollioake and asked him on the morning of the match – presumably only minutes before Dad and I watched him in the nets – whether he fancied going in at No.3 as a pinch-hitter. “He shrugged and said, in his laconic way, he’d give it a go,” recalled Atherton. 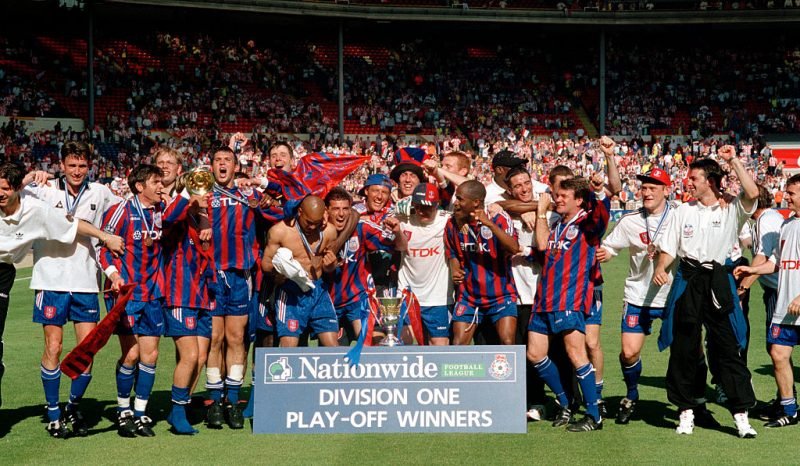 Six overs into England’s reply to Australia’s 269 and Hollioake passed his skipper as he walked to the middle – Atherton dismissed by Michael Kasprowicz for a 22-minute innings which comprised a single run – and so began one of the most extraordinary debut innings English cricket has witnessed. There’s a three-minute clip on YouTube that you have to watch. Third ball Hollioake plays a perfectly timed straight drive which is past McGrath before he can even react. From there he just keeps going, completely uninhibited by the occasion or the opposition.

The swept six off Warne is the innings’ headline shot but my personal favourite is a wonderfully languid lofted straight-drive that leaves McGrath chuntering as he collects his sweater from the umpire. You can imagine McGrath thinking, ‘Who the hell does this kid think he is?’. And who did he think he was? An upstart kid without a record to speak of, flaying the Aussies around HQ as though he didn’t have a care in the world. It was so untempered, naïve almost, and when he slapped Gillespie straight to point – falling for a 48-ball 63, 50 of those runs in boundaries – it didn’t really matter. In just over an hour at the crease he’d played an innings that would never be forgotten by anyone who saw it.

Seven weeks later, Dad and I were back at Lord’s. Kent had reached the Benson & Hedges Cup final where they would be taking on Surrey and I was in a dilemma. I’d grown up obsessing about Kent – writing out my predicted XIs ahead of the next Sunday’s big AXA Equity & Law League clash at St Lawrence, hunting out players’ autographs – and I was as desperate for them to lift the B&H Cup as I had been for Palace to win the play-off final earlier that summer. But batting at No.3 for Surrey would be my new hero, Ben Hollioake. As I sat in the car on the drive up to London I was hoping for a Kent win and a Hollioake century.

In the end I didn’t get either, but we were treated to another Hollioake masterclass. Kent’s 212 was never going to be enough against a batting line-up that featured Stewart, Brown, Butcher, Thorpe and the Hollioakes, and Surrey got there with five overs and eight wickets to spare. Hollioake was named Man of the Match at Lord’s for the second time that summer, playing beautifully once again against a strong attack that included Headley, McCague, Ealham and the Zimbabwean leggie Paul Strang. Hollioake eventually fell to Strang two short of a maiden one-day ton. It would prove to be his career-best one-day score. Adam Hollioake dedicated the victory to Graham Kersey, Surrey’s young wicketkeeper who had died earlier that year in a car crash in Australia.

A month after Surrey’s B&H Cup win, the Hollioakes made their Test debuts alongside each other in the fifth Ashes Test at Trent Bridge. England were 2-1 down in the series with two to play and Ben and Adam were brought in to try and add fresh impetus to a side that had gone flat since the first Test win at Edgbaston. Ben was the youngest English Test player since Brian Close in 1949. He made a classy first-innings 28 but proved expensive with the ball in a heavy defeat and was dropped for the consolation win at the Oval. He finished the summer on a high, though, being named the Cricket Writers’ Club Young Cricketer of the Year.

Kent would finish the season as nearly men, finishing runners-up in the Championship (by four points), Sunday League (by two points), as well as losing that B&H Cup final to Surrey. But I don’t have clear memories of those disappointments. What remains most vivid from that summer are those two innings from a player described by Alec Stewart as “the most naturally gifted cricketer that I have ever played alongside”.

When five years later, on March 23, 2002, I woke up to the news that Hollioake had been killed in a car crash after his Porsche 294 came off a ramp on a Perth expressway and hit a wall, I felt even more privileged to have witnessed his golden summer first hand. Aged 24 and 132 days, no England Test cricketer had died so young.

The four seasons that followed his breakthrough had been a struggle for Hollioake, with just one further Test cap, a handful of ODIs and a modest county record. But, to my mind, having seen what I did at Lord’s that summer, there was no doubt that Hollioake was going to be a star.