New Zealand put up a record 615-9 against England before claiming three key wickets by stumps on the fourth day of the first Test between the sides. Ben Gardner picks out six deliveries that defined the day.

It seemed at the time as if New Zealand had used the second ball of the day to lay down a marker. BJ Watling, who has barely played a shot in anger in his entire Test career, flashed at a Jofra Archer sucker ball, making no attempt to keep the ball down and edging aerially wide of gully for four. It seemed as if New Zealand were planning on cashing in on their advantage fast, obduracy be damned. What followed were 46 consecutive dot balls, with just 58 runs coming in 30 overs in the morning session. 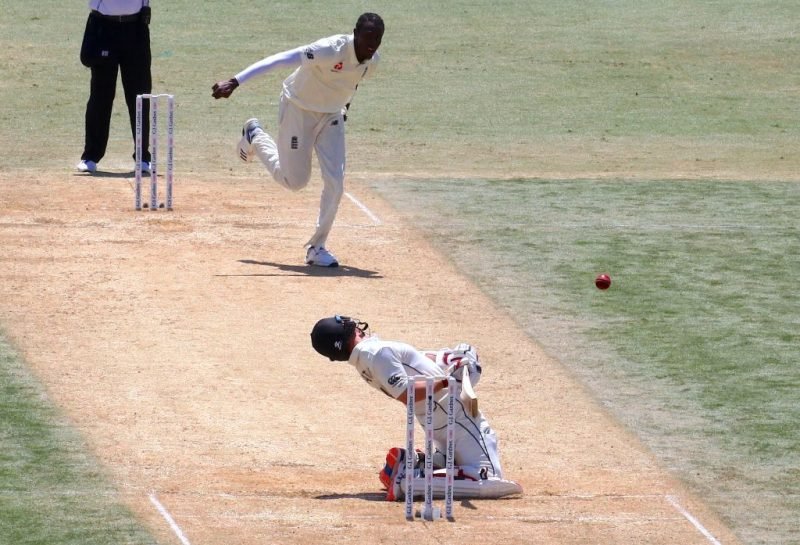 Still, if the becalmed nature of proceedings was exactly what those attempting to stay up through the night to watch the game didn’t need, from the Black Caps’ point of view it made perfect sense. England’s only route back into the contest was bowling their opponents out quickly, and Watling and Mitchell Santner made damned sure they weren’t going to let them.

BJ Watling climbs to the top of the pile

Watling brought up his double-century in exactly the manner as you’d expect, with a tuck towards square leg and a scampered single. But if the manner and the celebration was understated, the achievement itself was monumental. No Black Caps keeper had ever before made a double, and his innings would end as the second-longest by a gloveman in Tests.

In the course of his innings, he overtook England’s Jonny Bairstow to take himself to the top of the list of runs scored by a designated keeper this decade, and it’s an apt reflection of where he stands: as the pre-eminent gauntlets-wearer of his era. Not bad for “a very limited player”. His words, naturally.

No-one hits sixes like Tim Southee. Over a quarter of his Test runs have come in maximums, and despite having only 1,620 Test runs to his name, he sits 15th on the list of most prolific six-hitters in the longest format. This was a typical Southee smash, blasted high and mighty over long off. 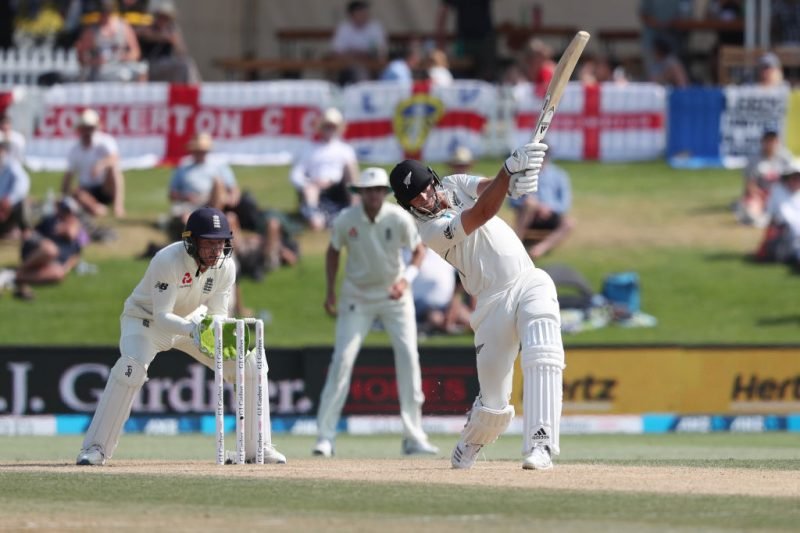 He only faced 13 balls, but Tim Southee still had time to add another six to the tally

But if the stroke was emphatic, the fact that he was being asked to play it was puzzling. New Zealand went to tea on 590-7. Had they declared then, they would have had an extra five overs to bowl at England before stumps, but instead chose to bat on for an extra 25 runs. With contests between these sides often coming down to the barest of margins, Kane Williamson will hope the delay doesn’t come back to haunt the Black Caps.

In a sport full of bits of baffling minutiae, how a pitch behaves is one of the most confounding in all of cricket. After finding some uneven bounce on day two, England toiled through five and a bit sessions and two new balls without finding any assistance whatsoever. But as soon as Southee got the ball in his hand, the pitch came to life. His very first delivery was a snorter, rising fiercely up off the pitch and seaming past Rory Burns’ outside edge. Any illusions England might have had about the scale of their task were blown away.

It wasn’t just the seamers who found joy from the surface, as Santner followed up his maiden international century with his most incisive Test bowling performance to date. The delivery in question was worrying on two counts: it spun so sharply it was gathered by slip rather than the keeper, and Dom Sibley still came close to nicking it, choosing to push at the ball even though it would have sailed harmlessly past off stump even if it hadn’t turned at all. 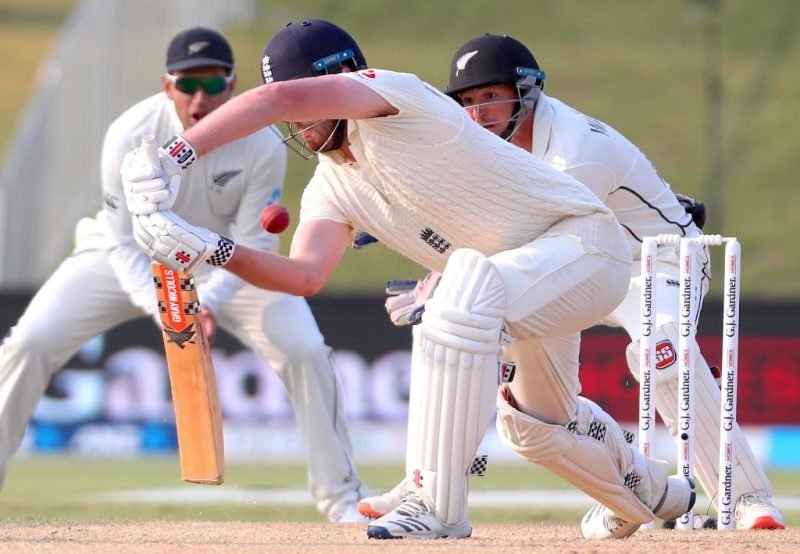 The following ball was a near-mirror image. Another sharp turner, another collection at slip, another needless prod, and he eventually fell nicking off to another Santner ball that could have been left alone. Sibley is a batsman celebrated for his judgement of when to play against the quicks, but, while remembering he is making his Test debut and has plenty of time to learn, he did little to suggest the same can be said right now of his approach against spin.

If Sibley’s dismissal was concerning from a technical standpoint, Rory Burns’ was an aberration of temperament. Considering his regular method and the match situation, his positivity in general was hard to understand, with a bottom-edged slog-sweep followed by a succession of pulls off Neil Wagner, but he didn’t heed any warnings, with another cross-batted shot resulting in a top edge and offering an easy catch to Colin de Grandhomme. Considering how long England spent in the field, it’s tempting to call it a grind-induced brainfade. But Burns had spent more than a day off the field recuperating from a thumb laceration, and should have been relatively fresh. There was, simply, no excuse.