A very flat pitch and a very, very flat spinner saw England’s victory-push hit the skids at Melbourne. Onto Sydney for the last leg of a series that England will be baffled to think they have taken nothing from, writes Phil Walker.

So that’s that then. The best part of a week lost in some futile search for signs of life in a deathly 22 yards, dropped in to our lives, deposited from God-knows-where, with about as much love and affection as a shopping mall in a Gulf state. The pitch, as Claudio Ranieri once said, was a bitch.

It is boring, sure, to bang on about surfaces; but then, they are rather central to the continuing relevance of this game we call the Test. For the state of that moribund thing out there at the G, still smugly unblemished after five battering days, blame the all-conquering financial dreamstate of the AFL, they say. But the MCG has been caught in this multi-purpose bind for a while now, and the problem is not getting better any time soon. Four first-class matches here this season, and four draws. Drop-in pitches, as it stands, is bad science.

The lifelessness of the surface was so at odds with the knees-up joyfulness of the opening three days, which saw 220,000 tickets shifted, as to almost be funny; but then the joke began to wear a little thin, and then a little thinner again, until, by the last skit, the audience has walked out, and day five is played out not to a crowd rolling in the aisles, but oceans of empty space. 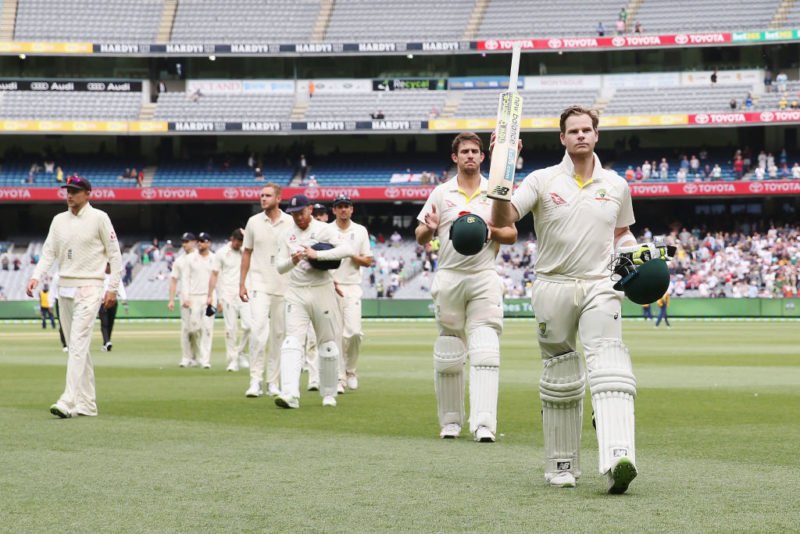 There was a palpable sense of drift to this last day, despite the continuing magnificence of Steve Smith – who, like Virat Kohli, is doing so much to reinvigorate Test match batting – and the humbling efforts of England’s limited but inexhaustible attack.

Take away the Barmy Army, doing their best as ever to puncture the ennui yet at times blamelessly adding to it, and there was barely any advance on half a dozen Australian flags, this in a cauldron of 90,000. It felt like the fag-end of one of those midweek four-dayers back in England, when the pitch is dead, the rain’s had its little say, and clutches of isolationists dot the stands while 22 men go about what’s left of their curious business.

This is not the way an Ashes Test should end. This is not what we need, waiting for the close for hours on end. The narrative runs, on the posters and bumf, that all those young ‘uns and mums tuning in tonight to the BBL – it’s Hurricanes versus Thunder, by the way – will duly be turned on to the five-day stuff once exposed to it. You’d have a job on this evidence. 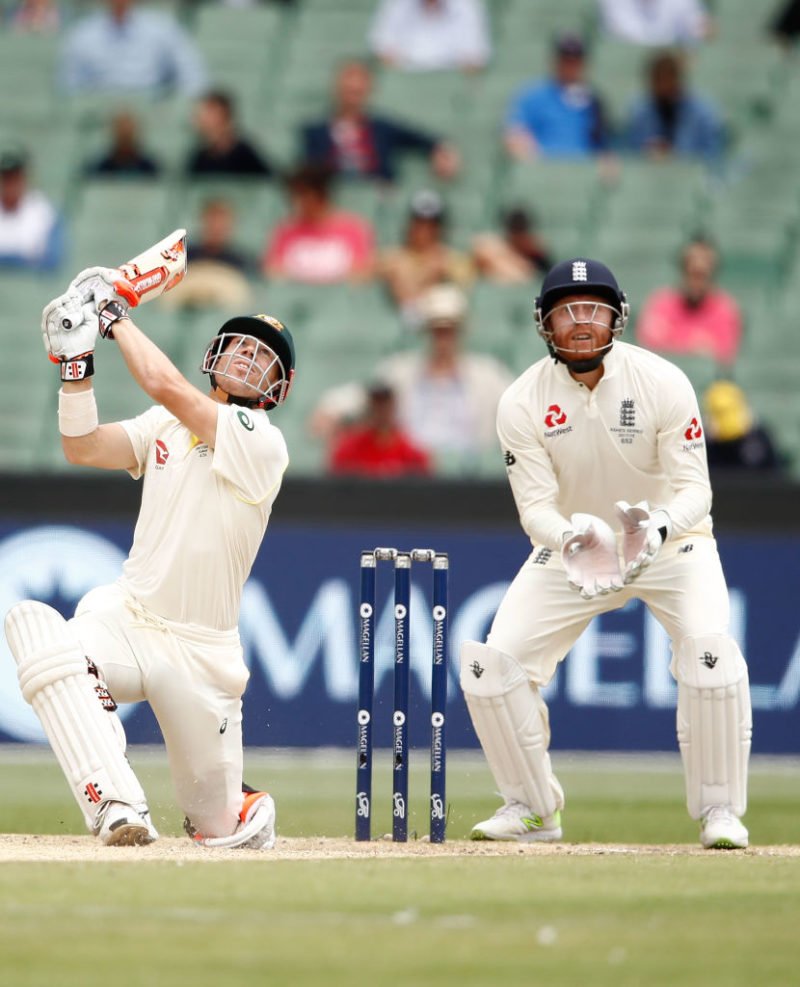 The players here have been great. There has been much guff spouted in recent days around the idea that this ‘dead rubber’ game is meaningless because the Ashes has already been decided. If we’re being generous, such a position suggests a somewhat open relationship with the game, and the loosest of attachments to its history. It should hardly need saying, but devotions have been secured, reputations established, memories carved and great careers extracted from the guts of supposedly dead cricket matches.

Okay, if you insist (from literally a list of hundreds): in 2013 at The Oval, Australia’s newish No.5 bustled out to bat, looking every inch the porcine Woody Allen who’d been given a run in the side three years earlier, ostensibly for his juggling skills and knack with a fresh deck. It was his 12th Test match. He had yet to make a Test hundred. In a memorable drawn match that saw England finish 21 short of their target when time ran out, he had contributed a rambunctious 138*, bringing it up on day three with a liberating six down the ground.

Steve Smith was away.

Anyone dismissing the last five days, or what’s to come in Sydney, as some tepid, post-prandial cuppa after the sumptuous banquet of the early games – for results are everything, right? Yeah, it’s a winner’s world – should consider looking elsewhere to get their kicks. That the series is gone, and with it the contest, is a depressingly soulless stance to adopt.

Try telling that to Alastair Cook, “hurt and embarrassed” by events of the last month, on the pitch for five days straight, and whose name has already gone up on the huge, towering boards of the main MCG bar, alongside MAILEY 9-121, COWPER 307 and SARFRAZ 9-86, where it will likely remain until there is no more cricket to watch in this world; try telling that to Jackson Bird, wicketless in the heat on his return, now sure to be jettisoned, perhaps for good.

Try convincing Smith – whose 102* took him to 1,305 runs for the year at 76.76 – that his latest piece of work means nothing when, without him, his team would have been sunk at their national stadium. And what of Stuart Broad and Jimmy Anderson, 77 years between them, racking up 44 maidens in the match?

Is the tension equivalent to a knife-edge series? Of course not. Is it meaningless? Well, sure. Existentially.

For all these consolations of faith, the bald facts are that England are still to win a Test match this winter. At Brisbane they have been 127-1 and 246-4, and 93 ahead on first innings with Australia seven wickets down. At Adelaide they removed Smith to leave Australia 161-4, only to concede 446 (on a luckless, slapstick day two) and lose by 120; while at Perth they were 381-4 and lost by an innings. At Melbourne, meanwhile, if Smith had nicked off on the fourth morning when the score was 70-2 (and the thing with Smith, he’s so damn good that a play-and-a-miss, as he did four times through this innings, is akin to a legitimate chance in other players), then they would almost certainly have won here. They have sure had their moments.

What’s done is done. Sydney awaits us now, and for England, decisions. The leg-spinner Mason Crane – young, ballsy, painfully inexperienced – will surely come in, probably for Tom Curran, although the other option, nuclear as it may sound, is to give Moeen Ali the week off. He looks shot here. 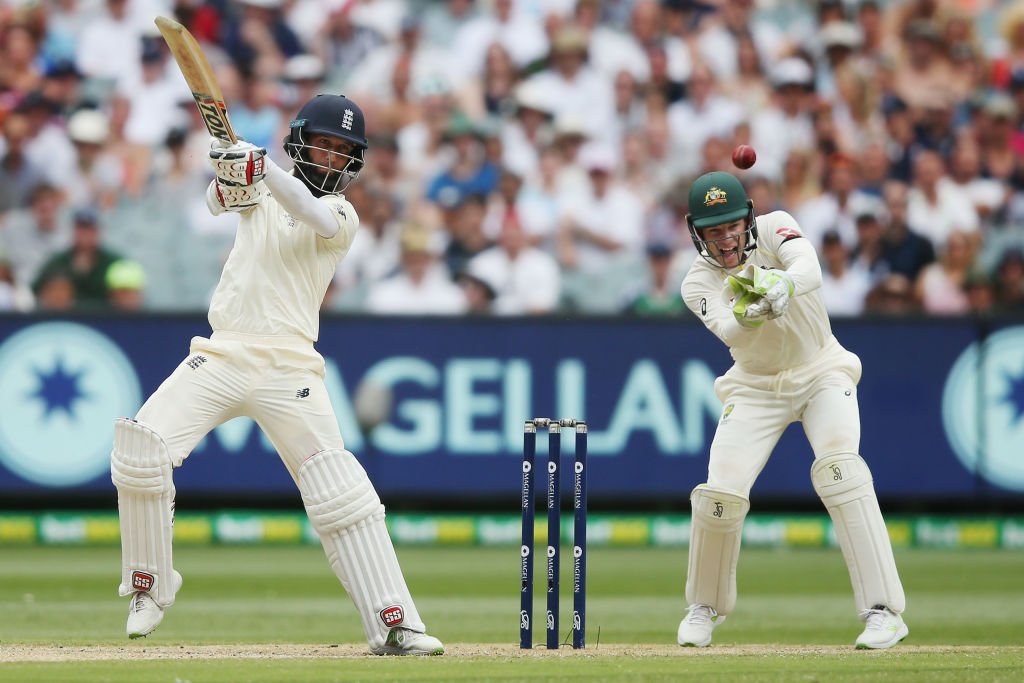 His bowling – neutered by a combination of side strain, slashed finger, flat pitches, Australian smarts and inner rumblings – has now begun to drag his batting down with it. His garbled mess of a 14-ball 20 here on day three came across as a plea for clemency.

He has stored up plenty of credit in the bank, and he will still be effective on English pitches, which always offer a little something for everybody, but we can now conclude irrefutably that Moeen, for all his beguiling qualities, has neither the accuracy nor potency to be a frontline spinner on flat pitches. 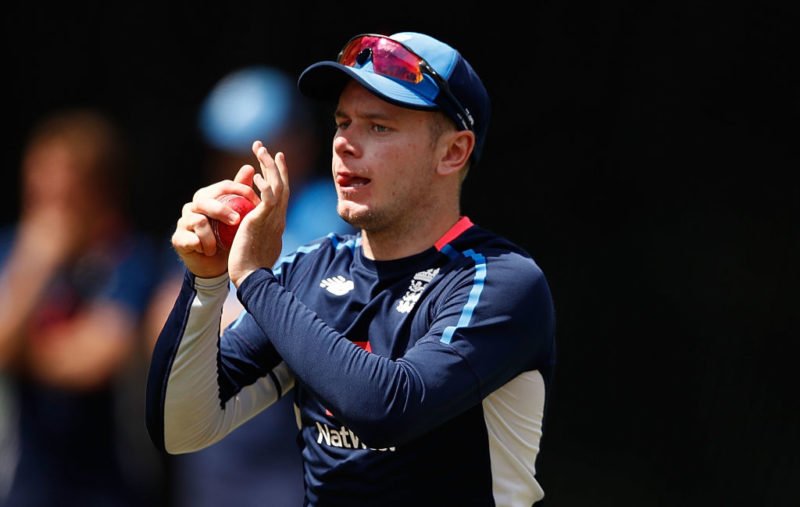 Crane is in line to debut at Sydney

If England lean towards giving Curran another go, then Moeen will be the man to make way, and England will go into the final Test of an Ashes series with Moeen Ali and Ben Stokes both fit and neither playing.

It’s been that kind of winter.