England secured a comfortable 211-run victory in the first Test against Sri Lanka in Galle, winning their first Test overseas for over two years.

After thrashings in India and Australia over the past few years, England had gone winless in overseas Tests since beating Bangladesh in October 2016, with victory here being Joe Root’s maiden overseas victory as captain. 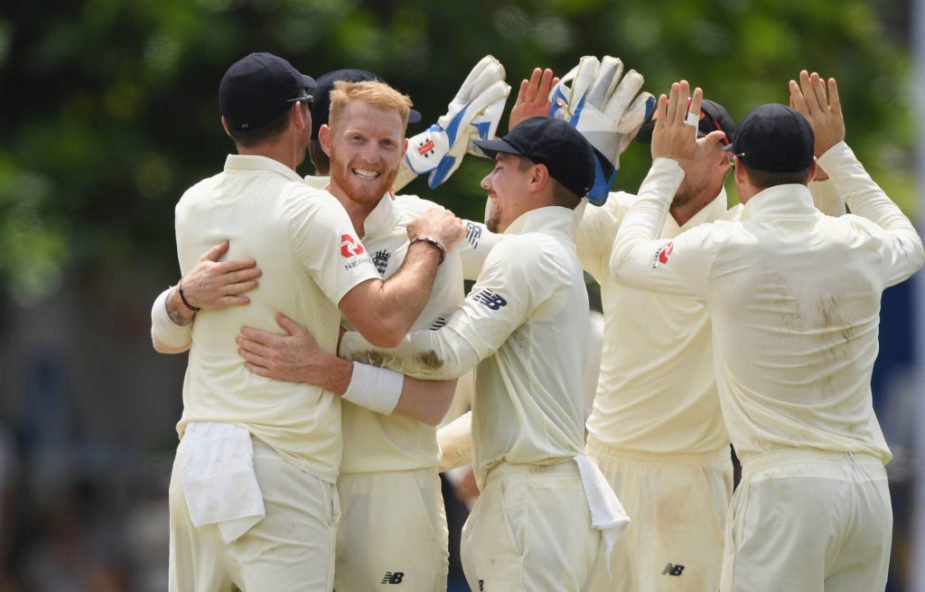 On day four, former Sri Lanka captain Angelo Mathews (53) was the only player to pass fifty, despite eight of the host’s line-up reaching double-figures, with retiring spinner Rangana Herath the last man to fall courtesy of a run out.

Related Story: When Malinga rolled back the years to stun a rampant England
Earlier, Leach trapped Kaushal Silva (30) lbw before Sri Lanka recovered to 51-0. Moeen then dismissed Karunaratne (26) with a sharp caught and bowled, bringing up the off-spinner’s 150th Test scalp.

Stokes then enticed the edge of Dananjaya de Silva (21) on the stroke of lunch and returned to bowl with real aggression in the afternoon, but the second session belonged to Leach. The Somerset spinner encouraged Kusal Mendis (45) to slash to Moeen at mid-off, half-way back, before taking Chandimal’s off peg with the ball of the match.

What a peach of a delivery from Leach to dismiss Chandimal!

Moeen then played a starring role in the third session, getting Niroshan Dickwella (16) caught at slip on the very first ball after tea, before Mathews gifted one to midwicket.

Related Story: Harmison: England should pick Moeen Ali for the first West Indies Test
Stokes then caught Akila Dananjaya (8) and Dilruwan Perera (30) in the slips off Ali and Rashid respectively, before throwing down the stumps to leave Herath short of the crease.