Despite the wet weather, Adam Collins found plenty of entertainment from what should have been Ireland’s first day of Test cricket.

If cold comfort can be drawn from Ireland’s freezing and sodden opening day in the Test match maze, it’s that the weather couldn’t dampen the pride on display at Malahide as the countdown clock to the inevitable abandonment of the opening day ticked away.

Sure, a few self-deprecating gags were lobbed around about the Irish summer but the healthy number of locals gathered in the hope of witnessing a bit of history did not seem to mind that much. Stewards danced in a vain attempt to feel their feet again as both beer tents hummed the way they are meant to. Kids – loads of them – played their own games of cricket on the grass banks, ignoring their drenching. The DJ spun The Corrs followed by The Waterboys. Aside from the lack of action on the 22 yards in the middle, it was spot on.

Pakistan must have sighed in relief when the officials decided to call the day at 3pm. Understandably, they never left the dressing room. At one stage, they wanted to go back to their hotel to warm up. Ireland’s charges, by contrast, did laps of the ground to acknowledge their supporters. Niall O’Brien, the old gem, pulled up a seat in the press box to kill a bit of time and shoot the shit. When was the last time you saw that at an international event? 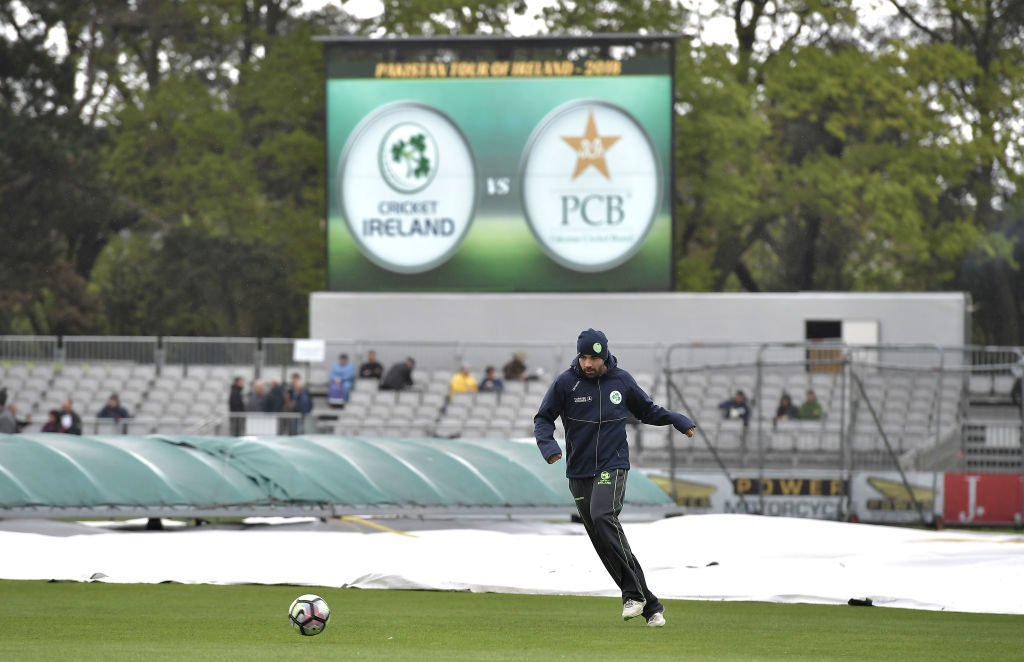 Ireland made the most of the wet weather

Sat proudly in his seat beyond the time that most had retired to the tents was Matt Mulhull. Given he’s been watching the Ireland team for the better part of two decades – well before it was remotely fashionable to do so – he wasn’t going anywhere. “It was very different,” he recalled of the days before World Cup appearances turbocharged the tale. “There were diehards here but it was like a park game with a few people around almost sitting on the field. So it is a big day. Not only for Irish cricket but Irish sport.”

Continuing my stroll around the Malahide ground, the man who it was impossible to miss was Larry the Leprechaun. On his chest, the giant man in the full green and red kit wore a sign reading “Ireland: #1 Test Nation. Undefeated 1877-2018.” Larry flew in for the game from Australia, where he lives. Inspired by his Irish parentage, he’s become a mainstay in support since the World Cup in 2007 where he witnessed their watershed win against Pakistan. To the big man’s thinking, he’s the “charm” they need, so he was always going to make the journey. 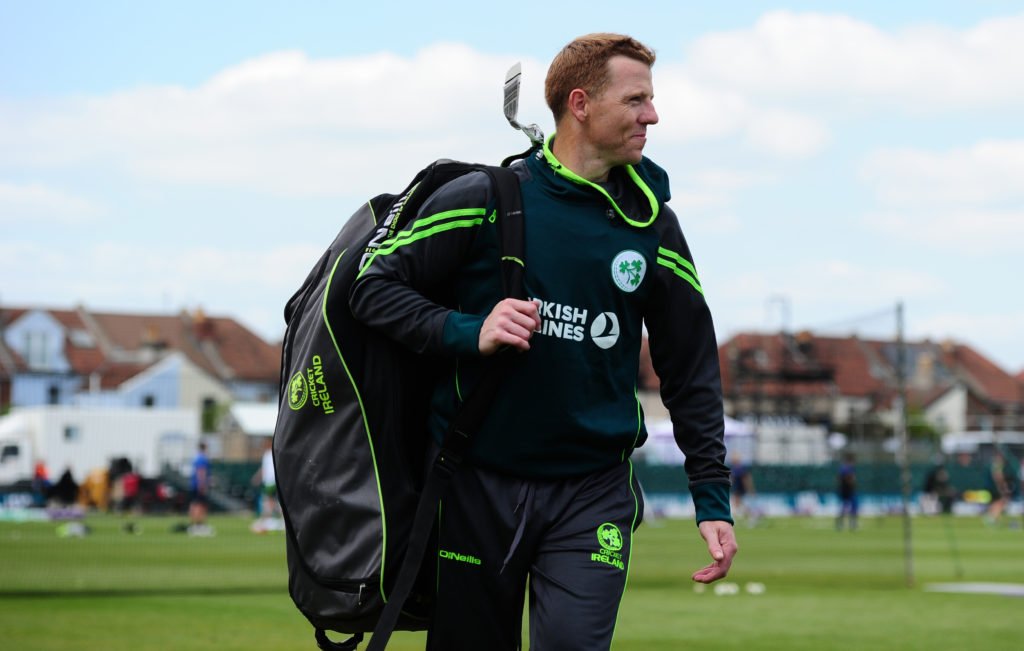 “I am spreading the good word and good luck,” he said. “When we found out it was going to be May 11 in Malahide, I worked out how I could structure it to be here. Had the Test been in June I would have been here in June, or had it been July or August I’ll have done the same.”

"It is a big day. Not only for Irish cricket but Irish sport."

Back in the stands was David Cavanagh, a member of the local Greystones Cricket Club, with his two kids Aaron and Josie – who both play juniors at the club – hamming it up for the cameras with the broadest smiles spotted on the day. “We’re having the craic!” he said of his family day out in the rain. “It is amazing to see Tests finally come and that they have been brave enough to organize it. It is unfortunate with the weather but tomorrow is another day.

That there is. As Ireland cricket aficionado Tim Wigmore tweeted at the premature close, this proud nation has waited 51,556 days to turn out in the creams for a Test Match. What’s one more?