Stuart Broad has praised the ECB’s decision to use the same specification of Dukes balls used in 2017 and 2018 for this summer’s Ashes.

This year’s County Championship has seen the use of a new Dukes ball which features a less prominent seam, the result of a conscious decision by the ECB to allow for a more balanced contest between bat and ball.

However, the ECB announced on Wednesday that England will employ the same Dukes ball that has been used over the previous two summers in their Test matches against Ireland and Australia.

A statement read: “It is felt that the 2017-18 specification Dukes ball on Test match pitches has produced highly entertaining cricket that has helped promote the Test format.” 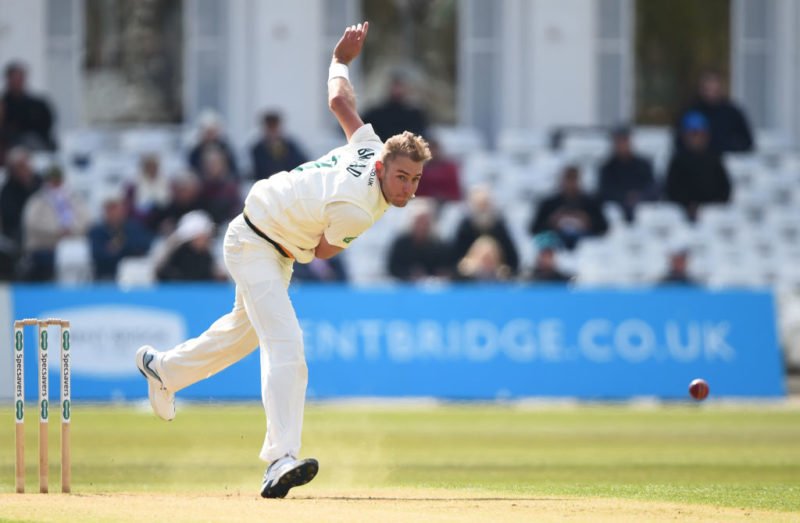 Speaking at the launch of NatWest’s #NoBoundaries campaign for 2019, Broad echoed similar sentiments to the ECB statement. “Test cricket has been really exciting in England over the last two years,” said the Notts seamer. “Not saying that’s just down to the ball, but why make changes, why fiddle with it? It’s been great fun.

“We saw that the India-England series was 4-1 to England but it could have been 3-2 to India. It was great and inspiring to watch. It’s just really sensible decision-making in my opinion.”

The 32-year-old – who has featured in both of Nottinghamshire’s County Championship matches this season – explained that he expressed his concerns over the 2019 Dukes ball to Ashley Giles, England men’s managing director, after the opening two rounds of the Championship. 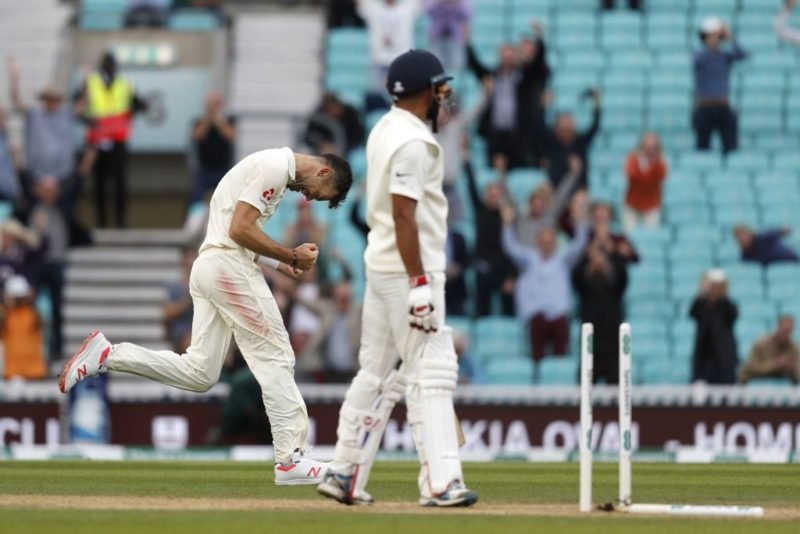 “I spoke to him after the first two rounds of the County Championship season,” Broad said. “This ball, where they’ve reduced the seam and the changes they’ve made to it, has lacked a slight quality for the top level. It was getting out of shape very quickly. We saw the scores were big and that was obviously in early April.”

While Broad has averaged 30.06 with the ball at home across the last two summers in Tests – a run above his career average of 29.05 – in the same period, his teammate James Anderson has proved an incredibly tricky customer for visiting batsmen with his 72 wickets across 14 Tests coming at an average of 16.06.

The decision could be seen as an attempt to amplify England’s advantage, but Broad feels that while using the older Dukes may benefit England’s seamers, Australia’s own pace attack are likely to revel at the news as well.

“The 2017-18 certainly does more than the 2019 ball so it seems a pretty logical, sensible decision – but it’s not a pro-England decision,” he said. “I’m sure Pat Cummins and Mitchell Starc will be thinking, ‘thank goodness for that’.”

“But here he is, at The Oval, ball in hand, ready for Pakistan. And my God, he’s quick.”@Taha_Wisden on @craig_arch‘s breathtaking four over spell against Pakistan. https://t.co/HVKaamgRBA

Someone who may also serve to benefit from the Dukes call is Jofra Archer, who has made an impressive start to his international career. While England’s opening ODI against Pakistan on Wednesday was abandoned due to rain after 19 overs of play, Archer’s opening spell saw him exhibit speeds above 90mph, and he returned economical figures of 1-6 from his four overs, with two maidens.

While Archer was not named in England’s preliminary 15-man squad for the Cricket World Cup last month, Broad believes that it will be difficult to leave him out for the marquee tournament.

“He’s quick, he’s exciting, his action’s repeatable, he’s got great rhythm to his run-up, he generates effortless pace, he’s got control and bounce.

While Archer’s arrival onto the international scene has led to comments from current figures in the England set-up of team dynamics potentially being affected ahead of a major tournament, Broad rubbished any notion of disruption from the entry of the Barbados-born seamer.

“I can’t see any negatives to a fantastic, dynamic, winning cricketer coming on the scene,” Broad said. “Yes, there’s been talk about, does it upset the personnel or dynamics of the team, but I think, actually knowing the people in the team, that was pretty much a media story. I think everyone’s excited about playing with someone of that talent. You could say he’s maybe untested at the top level but he’s got all the attributes to succeed.”

Quizzed over whether Archer could play a part in England’s Ashes campaign later in the summer, Broad talked up the Sussex star’s talent once more.

“It’s hard to predict how anyone will go at the top-level – he’s not played any Division One cricket – but break down what cricket he has played and actually you look at what he has as a cricketer – pace, bounce, [he’s] a brilliant fielder – I don’t see why he wouldn’t have great success in Test-match cricket.”

Stuart Broad was speaking at the launch of this year’s NatWest #NoBoundaries campaign, which will see NatWest continuing its work to ensure cricket remains a game for all, offering access and opportunity to people no matter their background.