The latest issue of Wisden Cricket Monthly, out March 24, is a tribute to the late, great Shane Warne.

Teammates and opponents give their perspective on what it was like to play with and against Warne, while a selection of writers and broadcasters – including Alison Mitchell, David Lloyd, Sam Perry, Adam Collins, Daniel Norcross and Melinda Farrell – pick out their favourite moment from the leg-spinner’s formidable back catalogue. And after a dark month for Australian cricket, Lawrence Booth reflects on the careers of both Warne and Rod Marsh, two titans of the game who refused to compromise.

This is also our new season special, as we look forward to the 2022 domestic campaign with profiles of the 18 counties predicting how each will fare this summer, as well as in-depth features on Nottinghamshire, Derbyshire and Durham.

We have three exclusive interviews with England fast bowlers past and present: Saqib Mahmood, Lancashire’s recent Test debutant, talks to Cameron Ponsonby about how he reached this point, Steven Finn reflects on the mistakes he made in his own international career, and Liam Plunkett tells us he’s loving his new life in the States.

Elsewhere, Andrew Miller considers the conundrum facing Zak Crawley, Gary Kirsten picks out the defining moments from his career as a player and coach, Suresh Menon asks what comes next for Virat Kohli, and James Wallace imagines a world in which John Emburey was the saviour of English cricket.

“Behind Warne’s arm, the moment the ball pitched, my world stood still – this felt familiar. Before it arrived, I was out of my seat appealing in anticipation, up with Warne, then overcome when umpire Aleem Dar answered the call. To see it one last time
meant everything.”
Adam Collins, one of 10 writers to pick out their favourite memory of Warne, recalls one more flipper for the road 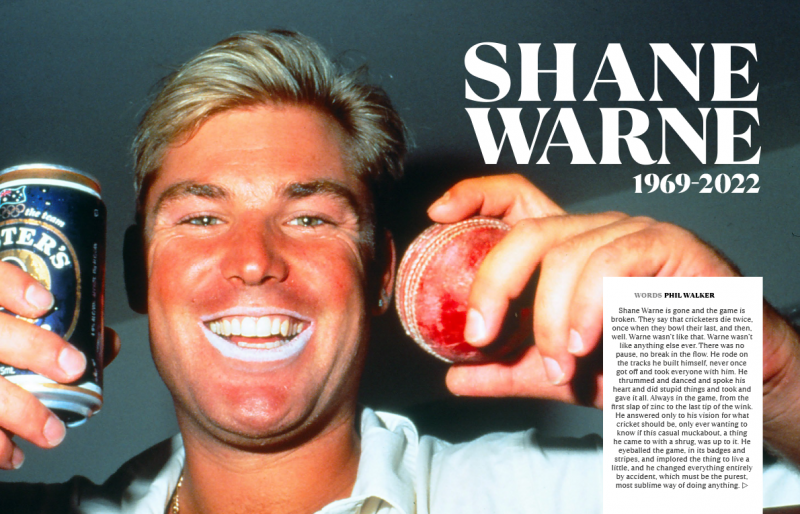 “They were patriots, yes, but also their own men, which is why Australia’s authorities kept them at arm’s length. Neither man fitted the preferred template; neither smelled of corporatism. Cricket fans around the world could relate to that
Lawrence Booth pays tribute to Shane Warne and Rod Marsh, who he says “both proved – in their own way – too Australian even for Australia”

“Even though his average in home first-class games for Kent is an unworthy 29.15, the assumption has long endured that Zak Crawley – like Trescothick and Vaughan before him – is too good to fail in the long term.”
Andrew Miller on Zak Crawley’s role in England’s red-ball reset

“It was a bit like The Magnificent Seven, and I use that comparison in the most liberal sense.”
As Durham celebrate their 30th anniversary as a first-class county, former captain David Graveney recalls assembling a motley crew of ageing stars for their inaugural season in 1992 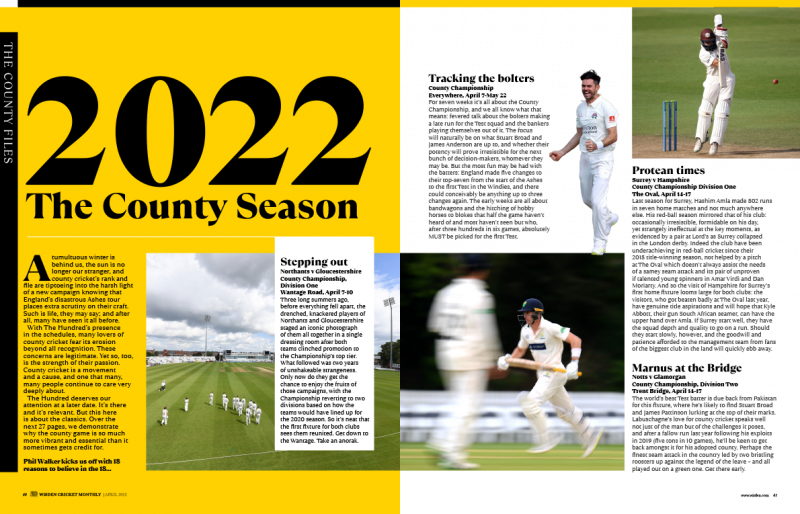 “Indian officials have long memories; President Ganguly’s didn’t have to be that long. When India lost the Test series to South Africa, the writing was on the wall, and Kohli read it.”
Virat Kohli’s seemingly impregnable position in Indian cricket is suddenly insecure, writes Suresh Menon

“We did all these fitness tests and John Stanworth [Lancashire Academy coach] said, ‘Look if you don’t pass these you’re not going to be in, it’s as simple as that’. And I failed pretty much everything.”
Saqib Mahmood speaks to Cameron Ponsonby about his journey from the Lancashire youth set-up to England’s Test side 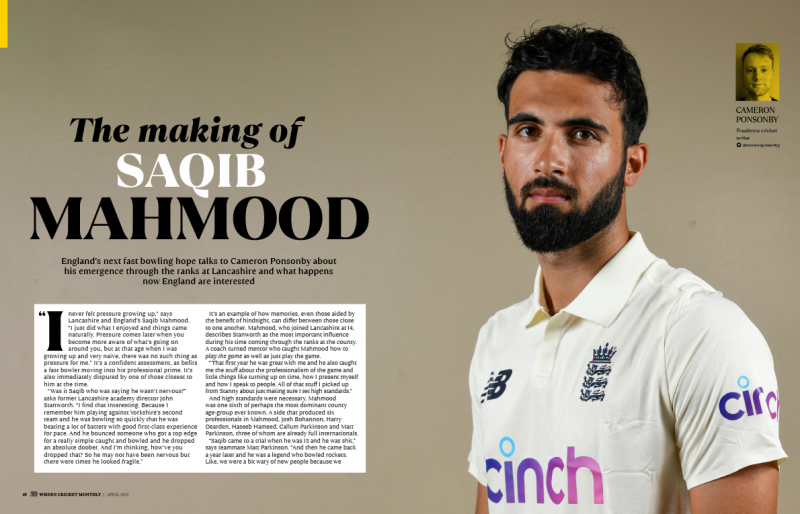 “Those high up in the England set-up need to be better at how they communicate with their players when it comes to the tricky conversations. The way things have gone recently with Broad and Anderson suggests things have not changed that much since I was let go.”
Liam Plunkett on career transitions and his new life in the USA

“My tenure as India coach was an incredible three-year journey. You couldn’t ask for a more unlikely connection than Gary Kirsten and MS Dhoni. We are different people with different ways of understanding performance, but we trusted each other.”
Gary Kirsten reflects on the critical moments in his playing and coaching career 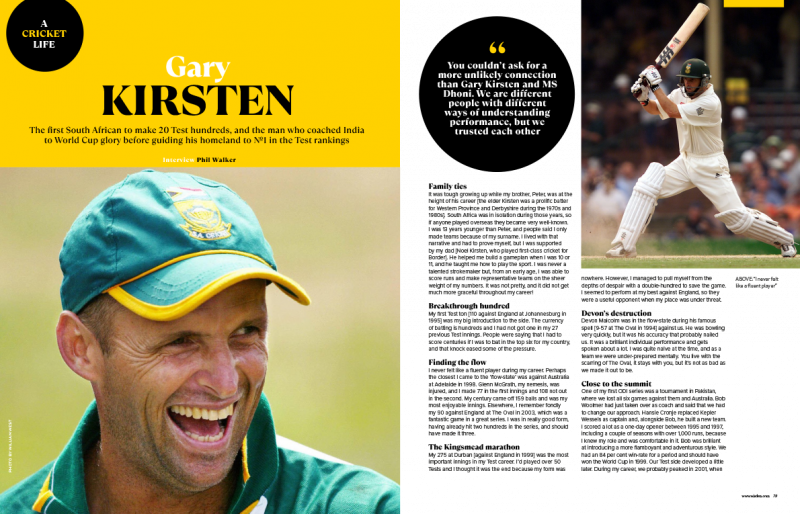 “At a number of important junctures in my career, maybe I’ve made wrong decisions. Trying to become a line-and-length bowler as opposed to being an out-and-out quick maybe stifled my ability to take wickets.”
Steven Finn talks to John Stern about his regrets from a rollercoaster England career

“What can I say? The music found me. Once you’ve found the rave, scoring a nuggety 30 at Radlett just doesn’t seem to matter anymore, know what I mean?”
Mike Gatting’s life takes an unlikely detour, as James Wallace re-imagines key moments from the game’s past 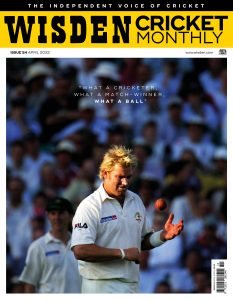