Liam Livingstone, the smash-hit of the summer, takes the cover of the new issue of Wisden Cricket Monthly, out on September 16.

After a headline-grabbing season featuring some scarcely believable shotmaking, the England and Lancashire batsman now has the opportunity to make his name on the world stage. He speaks to James Wallace about a “whirlwind six weeks”, the forthcoming T20 World Cup and his prospects as a Test cricketer. “Whatever people say about me or might think about me, I’m not going to change my attitude as it has got me to where I am today,” says Livingstone.

Elsewhere, columnist Andrew Miller draws parallels between the current England Test side and the chaos of the Nineties, we chart Joe Root’s rise back to the top of the Test rankings following a sensational series against India, and Lisa Keightley sits down with Jo Harman to discuss her first two years as head coach of England Women.

We have unrivalled coverage of the domestic game in ‘The County Files’, with news from all 18 first-class counties including interviews with, among others, Hampshire’s new signing Nick Gubbins, Warwickshire wunderkind Jacob Bethell and Joe Cooke, Glamorgan’s breakout star from their One-Day Cup victory; while Elizabeth Ammon investigates whether the Championship’s conference-based structure is here to stay.

In a jam-packed issue also featuring interviews with Javed Miandad and Alice Capsey, Tanya Aldred takes us back 10 years to Lancashire’s unexpected and long-awaited Championship triumph, Taha Hashim examines what it’s like to sit in the England selector’s hot seat, and Lawrence Booth says Yorkshire’s investigation into Azeem Rafiq’s allegations shows English cricket still has a long way to go when it comes to tackling racism.

We also have a brand-new feature, the ‘Iconography of Cricket’, as Phil Walker picks out the great images from the game’s Golden Age, and the usual brilliance from TMS statistician Andy Zaltzman, who unravels the significance of the number 99.

“Lads at Lancs and England have had a laugh at me swinging so hard. It’s always been a natural thing for me, I’ve never been the most technical player, but I’ve always had a good swing.”
Liam Livingstone on doing things his way 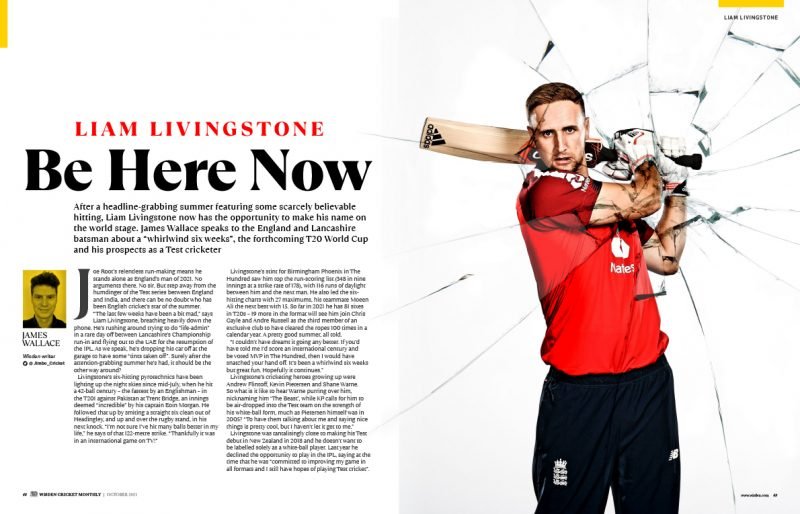 “It feels as though the entire Test team has wriggled through a wormhole and emerged en masse in the midst of that lost, lampooned decade that the 1990/91 Ashes ushered in. It’s not merely the results, bleak though they have been. It’s the chaos that stands out.”
Andrew Miller says England’s Test side is back in the bad old days

“I really felt England needed [The Hundred] for the women’s game, to make it really competitive, to give people the opportunity to play against some of the best players in the world and hopefully to put some heat on the current England players.”
Lisa Keightley, England Women head coach, talks to Jo Harman about her first two years in the role 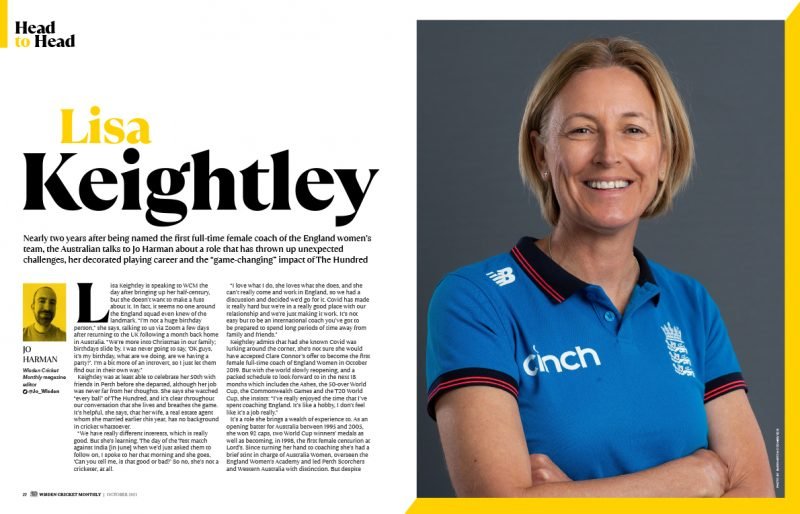 “Some of my school friends who have never watched cricket before watched the final of The Hundred and were a bit like, ‘Oh, so that’s what cricket is, that’s what you’re always talking about!'”
Alice Capsey, breakout star of The Hundred, speaks to Raf Nicholson about her life on both sides of the boundary

“I’m not sure England have got it right at the moment, if I’m honest. The coach just doesn’t have the time to watch the county game. I think they do need to spread the load a little bit.”
Mick Newell, a former England selector, tells Taha Hashim he is unconvinced by the decision to give Chris Silverwood full responsibility when it comes to selection matters 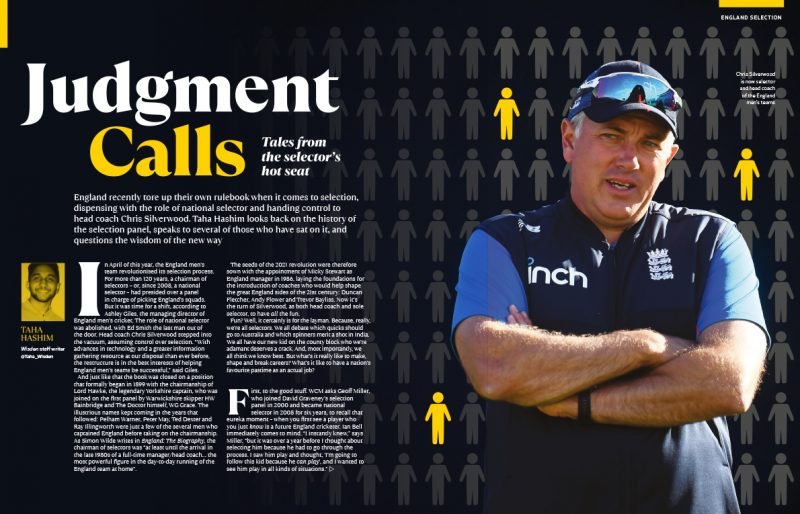 “They gave us a clap as we were paraded round the ground with the cup, with Wayne Rooney taking free-kicks in practice. We were looking like pork chops and everyone was thinking, ‘Get me to the bar’.”
Glen Chapple looks back at Lancashire’s County Championship win of 10 years ago

“It was a shot that changed my life and changed the whole India-Pakistan cricketing mindset, as it helped Pakistan dominate the Indian team for many years.”
Javed Miandad, in conversation with Saj Sadiq, recalls his last-ball six to win the Austral-Asia Cup in 1986 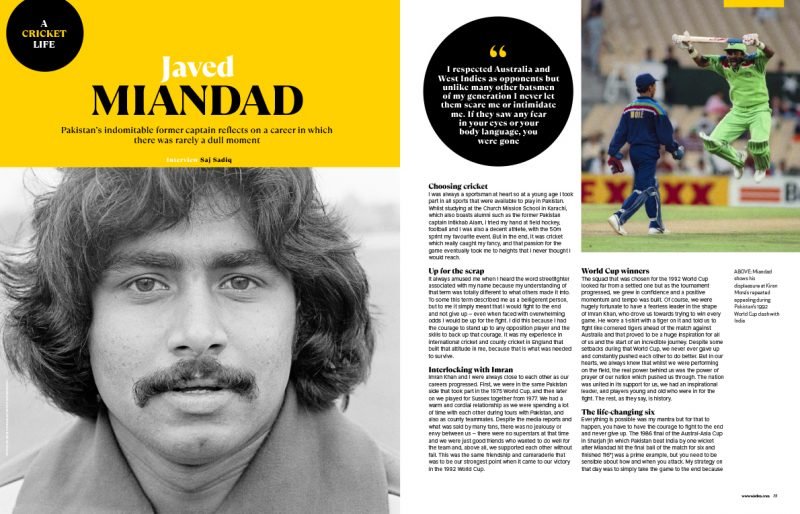 “It was a really emotional and tough decision, but it just seemed like one I had to make after my career had stagnated the last couple of years. It felt like a change was needed and Hampshire seemed the perfect destination.”
England Test hopeful Nick Gubbins on swapping Middlesex for Hampshire 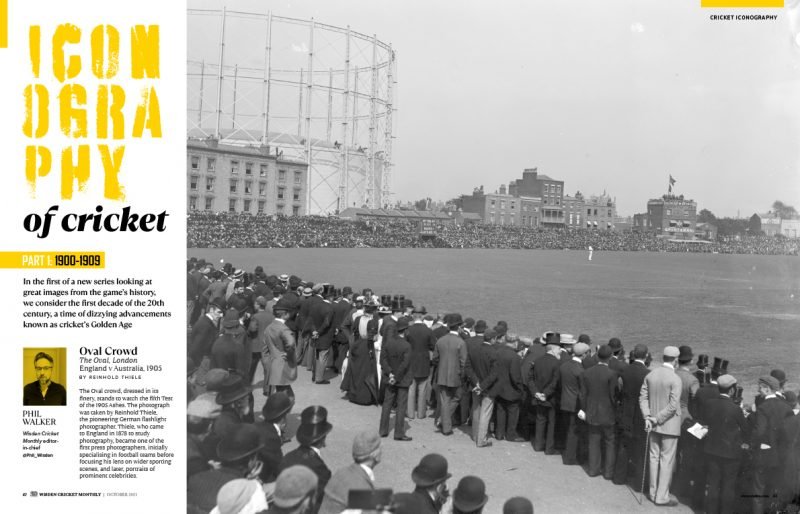 “There have been a lot of benefits in the past to two-divisional cricket, but for the majority of clubs the opportunity to start the season with the potential to win the County Championship is something which is really appealing.”
Mark Wallace, Glamorgan’s director of cricket, tells Elizabeth Ammon he wants to see the Championship’s new structure continue

“Dexter’s playing stats – nine Test centuries, an average of 47.89 – were good, but he never guarded them. The game, he said, was never “the be-all”. He was an attitude, a philosophy; a repudiation of English conservatism and the folly of self-imposed limitations.”
Phil Walker remembers Ted Dexter, who died on August 25 at the age of 86 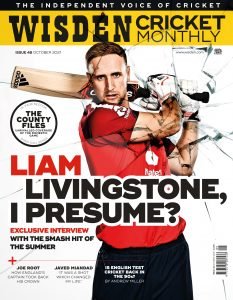