In our first issue of the year – out January 28 – we pick out the 21 people who have shaped English cricket in the 21st century.

Featuring in our list of ‘disruptors’ – which includes contributions from David Lloyd, Heather Knight and Mark Butcher – is World Cup-winning captain Eoin Morgan, who talks exclusively to Jo Harman about shaking up the safe cloisters of English cricket.

We also freshen things up for 2021 with five new regular features, including a slab of wild mercurial brilliance from new columnist Andy Zaltzman.

Elsewhere, Jos Buttler speaks to Taha Hashim about his slow and at times painful evolution as a Test cricketer, John Stern looks back on England’s remarkable 1981 tour of the Caribbean when events on the field were overshadowed by drama off it, and Mithali Raj, the heartbeat of Indian women’s cricket, reflects on her singular career.

And there’s the usual opinion and insight from our team of columnists: Adam Collins asks where next for Tim Paine and Australia after India pull off the unthinkable, Isabelle Westbury highlights how women’s cricket has been sidelined in the pandemic, and Andrew Miller explores the perils of reporting on cricket remotely.

“There’s a thought process behind everything that I do. It’s not necessarily going with the group’s decision or playing the way everybody plays, because that’s what people do. It’s because I see it as the right decision.”
Eoin Morgan, one of our 21 ‘disruptors’, on doing things his own way 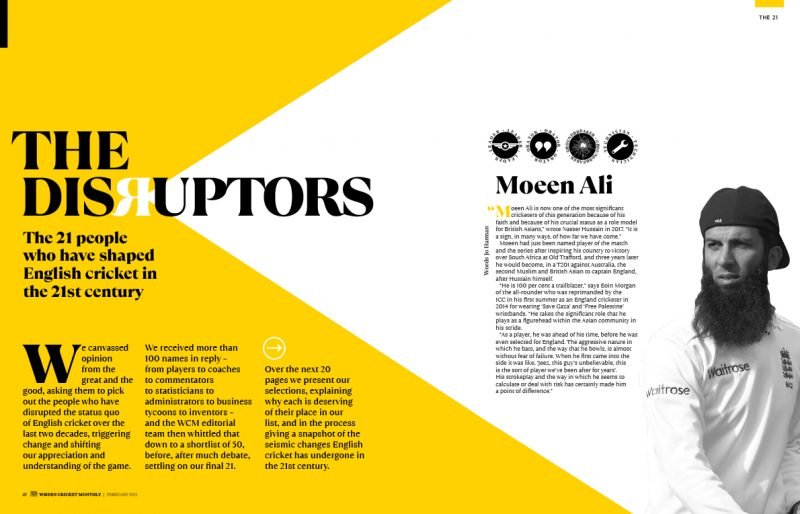 “When India lapped the ground after their victory, with every member of the support crew given the same status as the heroes of the chase, it spoke of a champion team overcoming one with a handful of champions.”
Adam Collins reflects on a series for the ages

“Joe Root said to me: ‘Remember who you are. This situation’s really made for you.’ That gave me some confidence, and the feeling of ‘this could be my last game’ actually gave me freedom.”
Jos Buttler on bringing his Test career back from the brink 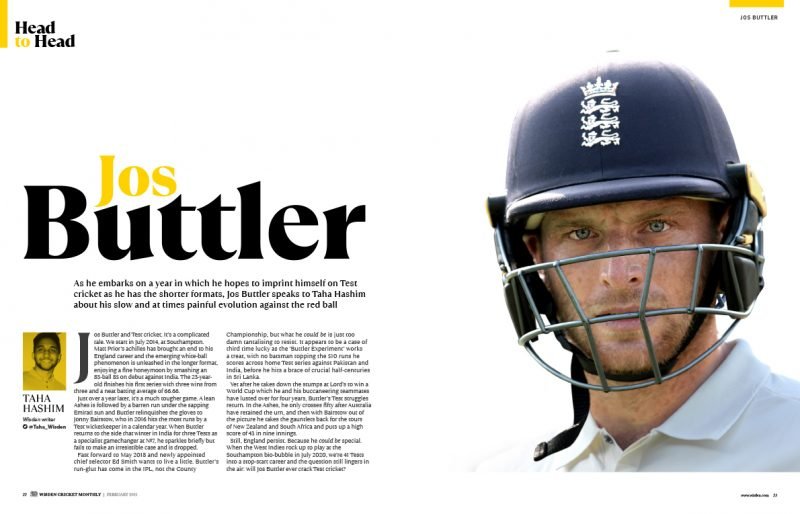 “Female cricketers across the world, many of whom thought they had finally broached full-time professionalism, are now not so sure. To invest in a career in cricket seems once again like a risky move.”
Isabelle Westbury says the pandemic has exposed the empty promises that have been made about women’s cricket

“It shook everyone. There were some hard characters – the likes of Beefy and Peter Willey – but they were weeping in the line-up before play. Fifteen minutes later we’re on the field. It was very emotional.”
David Gower recalls England’s 1981 series in the Caribbean, when everything seemed to go wrong for the tourists 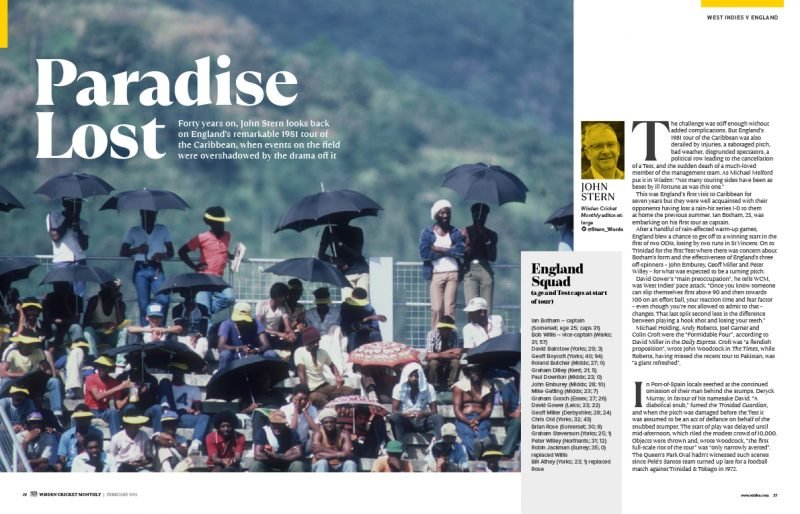 “He split the Notts dressing room, but I think a lot of how he acted was out of frustration. He was such a good player and he struggled to understand why people weren’t quite as good as him.”
Tim Robinson, Nottinghamshire’s all-time leading run-scorer, selects Kevin Pietersen in his county’s Greatest XI

“Playing for India is an honour that very few people achieve. That was always the motivating factor. It never crossed my mind that one day I would be part of a phase that would lead to what we see today, with women contracted around the globe, earning money and being independent.”
Mithali Raj on her transformative career 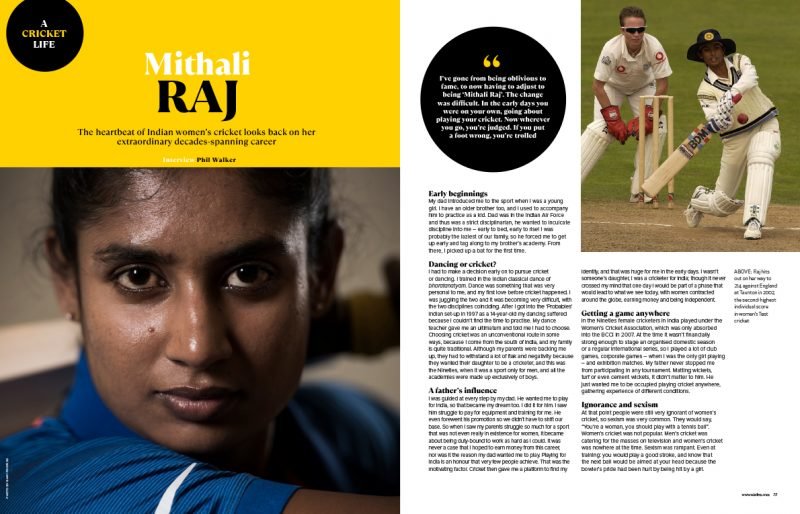 “In the 1989 series in England, Terry Alderman took an Australian Ashes record 42 wickets, including Graham Gooch twice. Gooch averaged 42 in Tests, and played in 42 Test defeats, as did David Gower, who reached the 42-Test-defeat landmark at The Oval in 1992, when the last ball he faced in Test cricket – bowled by Waqar Younis – brought his home Test average down to 42. Waqar’s Test strike rate (43) is bettered amongst 200-wicket Test bowlers only by Dale Steyn’s 42.”
In a new series, Andy Zaltzman lets us into his Number Palace and investigates the significance of the number 42

“John was a giant of Surrey and England cricket. He was a rock. He’d taken on leukaemia and won. Jackers was larger than life, a craggy Peter Pan, the Rhinestone Cowboy who would swagger on forever; the song I repeatedly played for solace on Christmas night was Bob Dylan’s Forever Young.”
Alan Butcher pays tribute to his former teammates John Edrich and Robin Jackman