Cricket’s most famous name is returning to the newsstand, with Issue 1 of the revived Wisden Cricket Monthly out on November 16.

In an Ashes special packed full of exclusive interviews, Wisden editor Lawrence Booth visits Joe Root at his local club in Sheffield, as the England captain prepares for what he describes as “cricket at its most hostile” this winter. We also have an interview with Root’s counterpart Steve Smith, as Adam Collins charts his journey from Australia’s joker in the pack to statistically their best batsman since Bradman.

Our Ashes section also includes an in-depth statistical analysis of Root and Smith by Freddie Wilde of CricViz and the definitive story of the 2010/11 Ashes, as told by players and journalists who were right in the thick of an extraordinary series.

Elsewhere, on the eve of his fourth Ashes tour, Alastair Cook tells John Stern that he has serious and immediate concerns for the future of Test cricket, Mike Brearley explains how fast bowling is a lot like falling in love and Herschelle Gibbs recalls breaking a world record with the taste of Chardonnay in his mouth.

A jam-packed first issue also includes our regular columnist Jonathan Liew on England’s no-holds-barred team culture, a review of the Women’s Ashes so far, a photo feature on the opening of Rwanda’s first national cricket stadium, comedian Andy Zaltzman on his favourite summer of cricket, coaching tips from Eoin Morgan and a sit-down chat with novelist and cricket-enthusiast Sebastian Faulks by our features writer Felix White.

You can find the first issue in stores across the UK or buy it direct from us here for £1 using the offer code 1FOR1.

If you still need convincing, here is the magazine in 10 quotes:

“There’ll be times when it might be quite rowdy and maybe feel intimidating in terms of the environment and the stadium. But that’s a great place to perform, to do it when it really counts.”
Joe Root 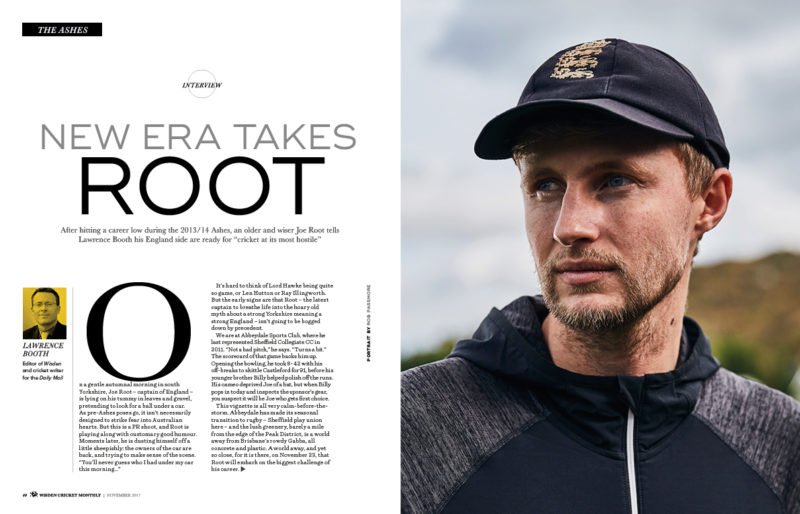 “I could react with Ian Botham pretty frankly. We’re totally different personalities, but he could enliven me and take the mickey out of me, and I could challenge him, gee him up, and get people to stir him up. But when I did that with Bob Willis, I don’t think I realised that he was more sensitive than I knew.”
Mike Brearley

“I didn’t expect him [David Warner] to come out as hard as he did. But it is about doing what gets the best out of you performance wise. If that is getting in a verbal contest, then go for it. That’s my philosophy.”
Steve Smith 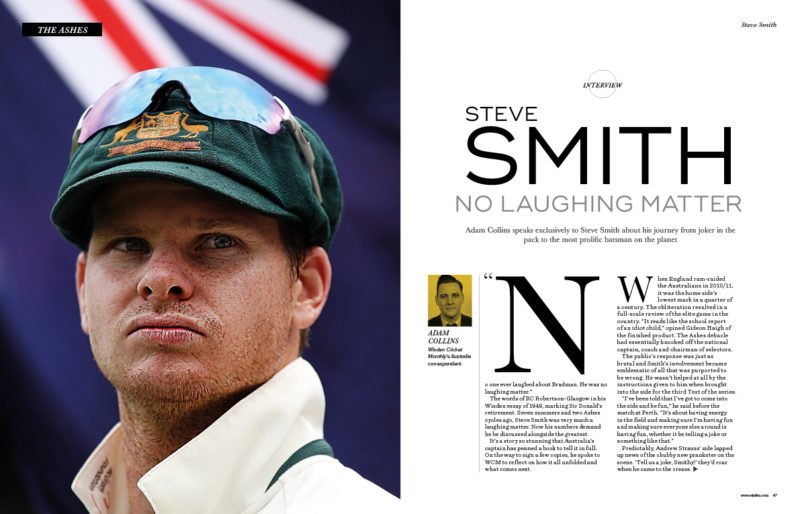 “The flying fists of Ben Stokes may have shocked England cricket to its core. But amid the stampede to point fingers and demand explanations, perhaps this England team may care to look closer to home.”
Jonathan Liew

“The game has evolved more quickly than I imagined it would do. Soon Test cricket will not be viable.”
Alastair Cook 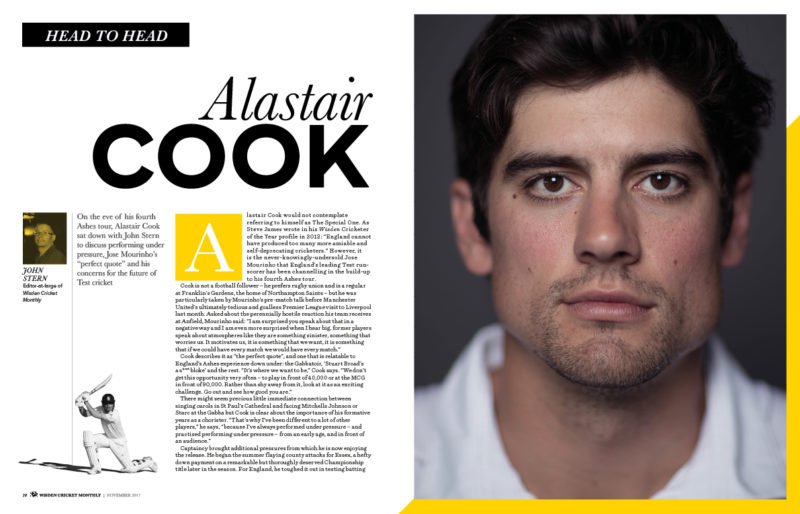 “Chris Tavaré’s personal tally for 1982, expressed as a team score, was 394 all out in 212.5 overs. After Botham, he was my favourite England player. I was an odd child.”
Andy Zaltzman

“I could never do it all again, and if I tried to go back and do it better I’d probably do twice as badly as I did because there would be too much thinking involved. The spontaneity was what people enjoyed.”
Herschelle Gibbs

“Cricket is more than just a game. It is doing well in Rwanda because it is impacting people socially. It has changed my life and it has made me who I am today.”
Mary Maina, Rwanda Women captain 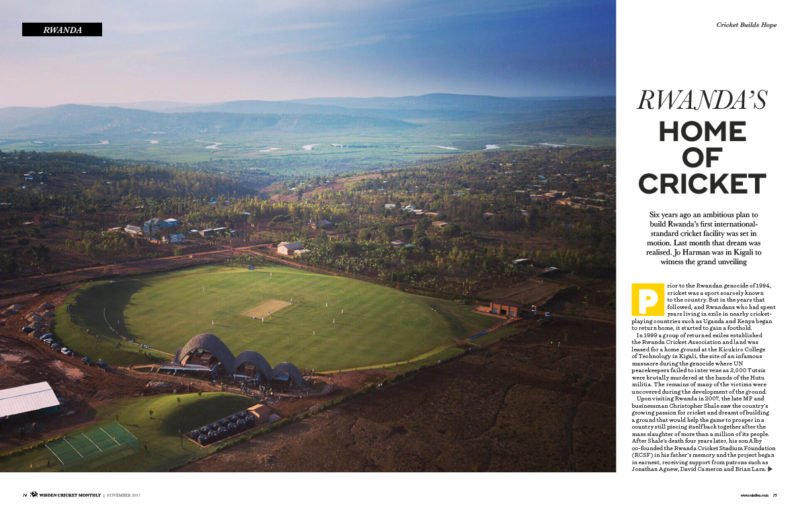 “The thing that got us going in that series was Brad Haddin sledging Steve Finn. After tea everyone went straight for Haddin before we bowled a ball. He backed off and we thought, ‘Right, we’ve got them here’.”
James Anderson on the 2010/11 Ashes

“Their interests, in this order, were horse racing, beer, sex, cricket and Roman Catholicism. I was interested in at least three of those.”
Sebastian Faulks 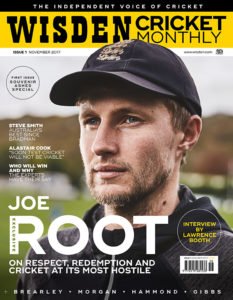 Buy the Wisden Cricket Monthly Ashes special direct from us here for £1 using the offer code 1FOR1.