The retirement of Rangana Herath, the last cricketer who made his Test debut in the 90s still playing at the top level, represents the end of an era. It has been an extraordinary journey for him.

I’ve known Rangana since he was 15 years old. I played school cricket against him and then we played at age-group level together for Sri Lanka. We’ve remained strong friends. One of the things that always impressed me is his innate ability just to get on with whatever his responsibilities are. He has never complained, never looked for excuses, he just put his head down, trained hard and made sure that whenever an opportunity came his way, he was 100 per cent ready to perform for his side. Whenever he got the opportunity to shine, shine he did.

Mental strength was a necessity for him. If you are going to spend most of your career fighting for a place against the best bowler of all time, you need to be strong mentally to understand that no matter how well you do, the chances that you’re going to get will be few and far between. It cannot have been easy to resign himself to the fact that even though he was immensely talented he had to play second fiddle to Murali, and that even the best of performances may not guarantee him a place in the side.

For me, Rangana Herath is the greatest cricketing role model that Sri Lanka has produced because of the challenges he has had to overcome, stepping out of Murali’s shadow into the light, really making that position his own and conquering the world. He’s an object lesson to any youngster, or anyone in any walk of life, to understand how to deal with challenges and how to be positive in your mindset. Even when each opportunity could have been his last, it never fazed him. 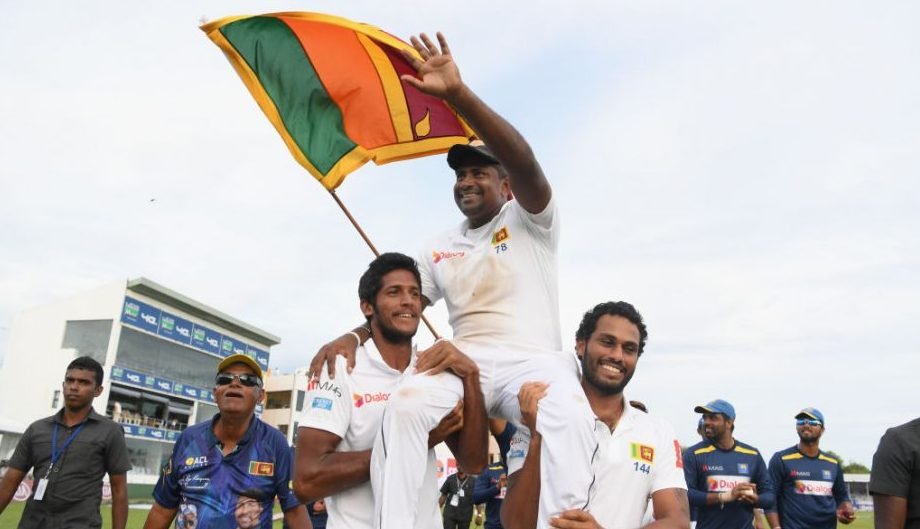 Rangana Herath is lifted by teammates after his final Test, November 9, 2018

Either in tandem with Murali or singlehandedly, he has spun Sri Lanka to victory both at home and abroad. Our first win in South Africa, at Durban in 2011, was due largely to his incredible ability. Even with the great Murali we had been unable to win in South Africa, and that speaks volumes for what Rangana was capable of. In conditions that traditionally suit seamers he managed to bamboozle the likes of Kallis and de Villiers, taking nine wickets in the match to ensure we achieved a landmark victory.

Related Story: Would Suranga Lakmal get into an all-time Sri Lanka Test XI?

Rangana’s accuracy was absolutely key, and the fact that he had the ability to vary the position of his arm at delivery, quite vertical when he wanted it to turn and a little bit horizontal when he wanted it to slide on. He didn’t put a huge amount of revs on the ball but it was an extreme rarity for him to bowl a loose delivery. He always looked to try and exploit conditions but if they were against him he was very content to bowl as tightly as possible and put all the pressure of scoring runs on the batsman. Then, the moment conditions suited him, that accuracy and his ability to vary turn and pace became incredibly useful for him, and for his captain. 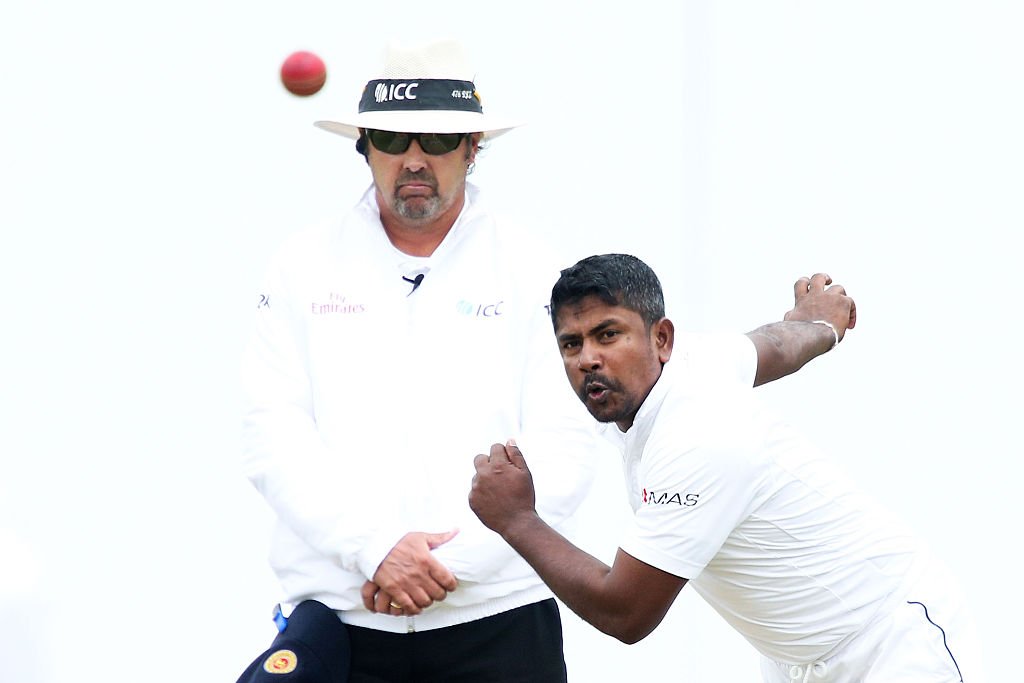 Rangana is very secure as a person and I think that undue or excess attention was never something that he looked for. Even in his last Test at Galle, it was a case of doing his job properly, trying to win a match for his side and then saying goodbye the same way he came in, without much fanfare. But I think he underestimated the love that Sri Lankans have for him, and the value they place on him – not just his teammates, but the public at large.

He leaves a huge vacuum, particularly with our next best spinner, Akila Dananjaya, recently being reported for a suspect action. Rangana is the greatest left-arm bowler to play the game in terms of wickets and the impact he’s had as a leader in the Sri Lankan dressing room is immeasurable.

I’ve heard people describe Rangana as overachieving in his career and I think that’s ridiculous – I don’t believe that at all. You have to take into consideration the years he spent in the international wilderness – he didn’t play a Test match between late 2005 and early 2008. What he could have achieved in those years, personally and for our team, is a question that will never be answered.

I’m very proud to have played with Rangana and to call him my friend. He deserves all the praise and the accolades that he has received, and hopefully will continue to receive in the years to come.

This article was first published in issue 14 of Wisden Cricket Monthly. Subscribe here.