Wisden.com columnist Kumar Sangakkara launches his series on the greatest players of his era with the Prince of Trinidad, Brian Charles Lara. First published in Wisden Cricket Monthly.

Lara. I first saw him in the early-Nineties. Back then, his batting was slightly different to the image we hold in our minds today; in the early days, he didn’t have the same sort of flourish or the same presence as he would find later on in his career. There was the talent of course, the signs of what was to come, but it took him a while to cement it, and become the dominant force – the Brian Lara, Prince of Trinidad. 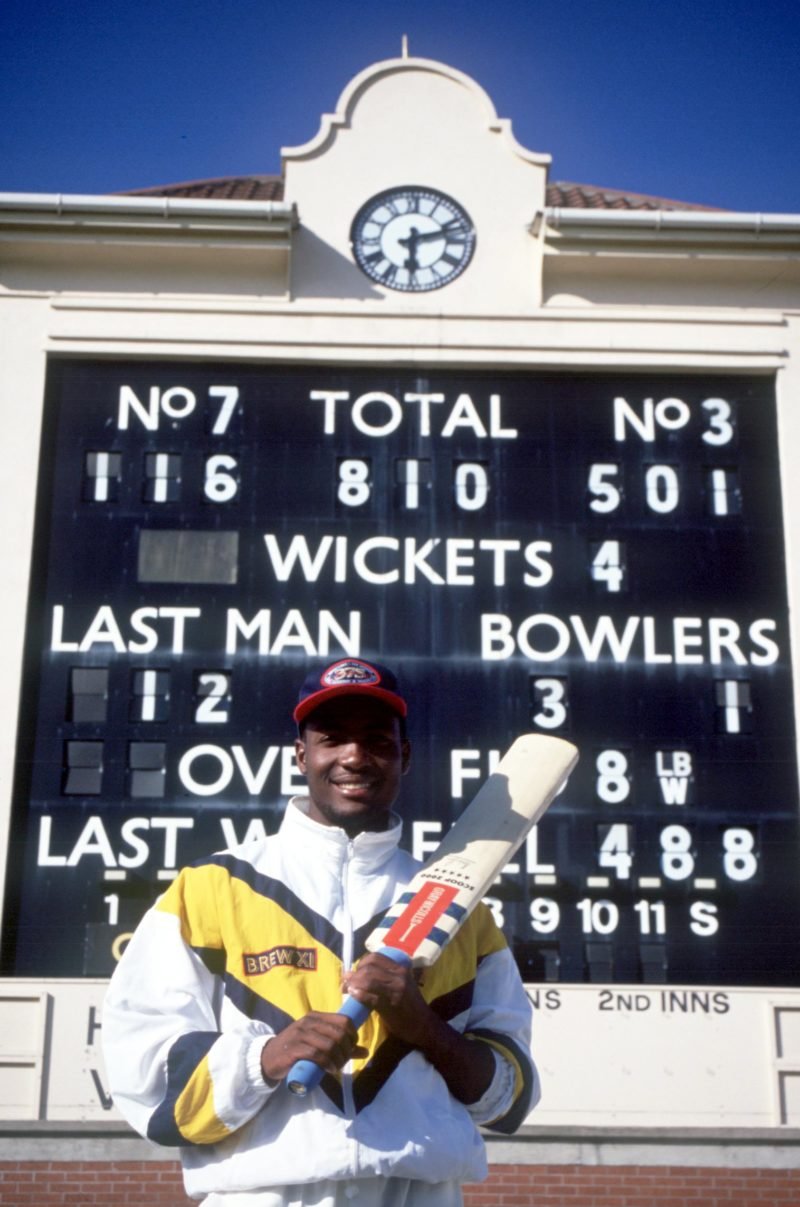 When people talk about him, they remember his style. The beautiful cover driving; the flourish at the top of his follow-through when he cut or made a full-swing drive. They recall his celebrations at the arrival of every landmark, running through the crease and punching the air. I remember hearing about him getting those consecutive hundreds for Warwickshire in 1994, culminating in that 501 not out. Trevor Penney told me how they put on a triple-hundred partnership during that innings and Trevor got all of 44! Almost everyone I spoke to held him in the same sort of esteem and awe.

He had a superb approach to batting. He had such an attacking mindset, his entire approach was geared towards scoring runs, and the pace at which he scored them meant that he avoided mental fatigue, because at every single opportunity he would be looking for ways to attack. He ran well between wickets, he was very fit, but even on more difficult wickets he would more often than not be scoring a lot of boundaries, keeping the scoreboard ticking over and farming the strike when he felt he had the advantage.

He was also very conscious of making runs in a manner that made a lasting impact on the game.

He was never afraid of getting out trying to score. He would sometimes get out playing shots, even before he had played himself in, because he would be looking to attack. Of course it was important for Lara that he scored runs and a lot of them, but I think he was also very conscious of making them in a manner that made a lasting impact on the game. 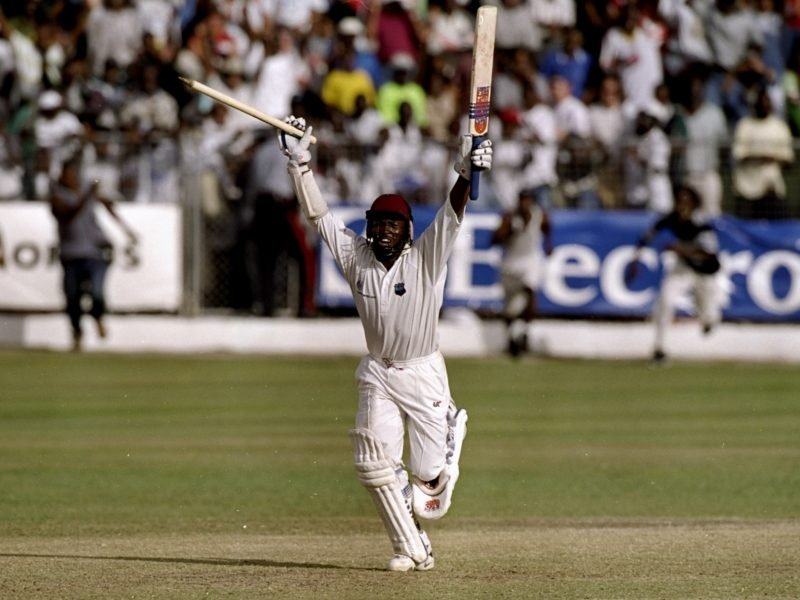 When the West Indies lost Vivian Richards, Desmond Haynes, Clive Lloyd, Richie Richardson, all that batting strength, the entire pressure of taking West Indies home as a batsman rested on Brian. There were some young pretenders around, but the pressure was all on him. He had to live with that throughout his career, but it sat very lightly on him, he took it on as a challenge and never allowed it to wear him down or bring about any fear of failure.

He had a very free personality; he had his own ideas. In other ways, he may not have been the easiest man to get along with for some of his teammates, and for selectors or administrators. I think at times he may not have understood why other mere mortals could not emulate what he did, and he may have got frustrated at times, but he had a unique way of doing things. He held a certain perspective for himself about the way that cricket should be played, a very personal perspective that he tried to recreate every time he went out into the middle.

He was always a joy to watch. He could bat in any conditions against any sort of bowling, there was not a single bowler he didn’t succeed against. Perhaps Glenn McGrath was the only bowler to consistently cause him trouble, coming around the wicket and targeting his outside edge. And yet even against McGrath, Lara had his moments; his innings at Barbados in 1999, when he made 153 not out to take the West Indies home with a wicket to spare, is considered perhaps the greatest knock of the era. 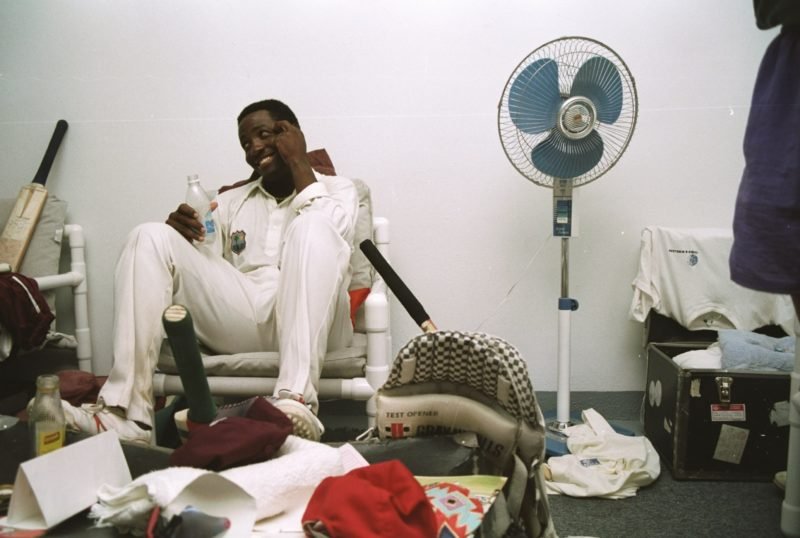 Lara relaxing after scoring 375 against England in 1994

I don’t think McGrath’s potency bothered him, because to Lara it was all part and parcel of being a batsman, sometimes you have a weakness, and sometimes it’s exploited. I remember playing the West Indies in Sri Lanka in 2001. We were at the team hotel and Murali and I were playing snooker. He came and joined us and Murali said to him, “Brian, every time McGrath comes around the wicket, you’re caught and you’re gone, what’s that about?” And Brian just looked at him and said, “Murali, that’s just cricket, you can’t get too worried like that, that’s just the way it is”. And that was his answer.

Lara dominated every single bowler on that tour. We bowled some good balls and he survived some close appeals, but having got through the initial stages, he would just dominate everyone. Sometimes Murali used to bowl to left-handers without even a mid-on, but Brian would hit him through mid-wicket, through leg, through point, he would cut him, go down the track, sweep him. The whole range. And a lot of it he did without really reading Murali out of the hand, but more off the pitch. And even more impressively, he would farm the strike. He knew that other players could not spend much time facing Murali, so he would take the majority. He scored 680 runs in three Test matches. No one has ever played Murali better. Brian Lara is the one person who dominated him in all conditions.

He had a very free personality ... he may not have been the easiest man to get along with for some of his teammates

He was brilliant at recognising situations in games where he needed to dig in and be careful and cautious, and then, when to completely cut loose. I remember him facing Thilan Samaraweera in Galle in that 2001 series. He had made 178 in the first innings, but in the second innings Thilan was bowling on a wicket that was ragging. Brian tried to play for elaborate turn, but instead inside-edged it to short mid-wicket. We then went to Kandy and Lara was on the way to another hundred. Thilan was brought back on and he played him for four balls that were not turning, before suddenly one ball turned and I remember taking the bails off, for a very close appeal for a stumping. Brian turned to me and said, “Ah, he can turn a ball!” 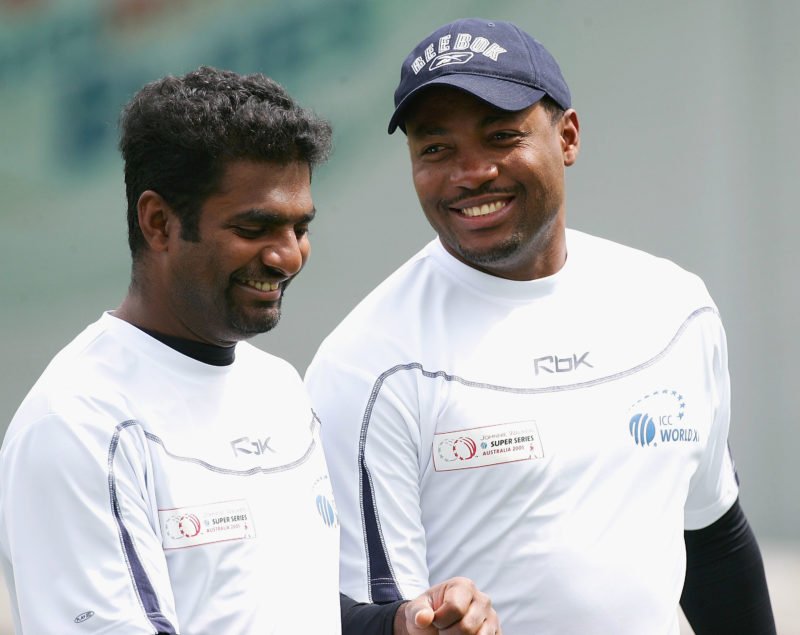 We then went to the West Indies in 2003 and in the St Lucia Test, Thilan came on to bowl again. That wicket was not turning, and Brian deposited him about five times over the stand and into the car park, just to tell Thilan, ‘I know what you can do, I’m ready for it this time and this is what I’m going to do’. It was a very strong message. He got another hundred, and batted just beautifully.

I had quite a few conversations with him later on in his career. One time he’d just opened a new bar and lounge in Trinidad, and I was invited to an evening there. We talked cricket, we talked batting, we talked West Indian cricket. He admitted that sometimes he got frustrated that these talented guys were not transitioning, but he never spoke to me in such a tone as, ‘I did this, why can’t they do that?’ He was just concerned that maybe the boys weren’t being looked after as well as they should be. He was worried by the question of how to get the best players back playing for the West Indies. We spoke about the talent that there was in the islands, and of the need for better first-class cricket, better wickets, better conditions.

I always sensed it was hard to speak to a genius about batting. There are always things that you can pick up on and use, but for them it is so natural, so ingrained in them that it’s very hard for someone else to replicate. When it comes to batting, there’s a lot of yourself in how you approach it. You can get indications and hints, and help and advice, but ultimately you need the ability to sift through all of that and use the few things that can be personalised to your character and your technique.

With Brian, I always used to speak to him about mindset. How he approached conditions, how he looked to score. Most of the time they were simple points that I knew myself, but the way he executed them was very personal, very unique. All of this allowed him to be who he was: one of the greats of all time.