Ireland batsman Kevin O’Brien had a day out in a T20 clash for Leinster Lightning, but it came at the cost of his own car window.

The right-hander has become known for his six-hitting exploits, and the Cricket Ireland Inter-Provincial Twenty20 Trophy against North-West Warriors was no different. Opening the batting in a game shortened to 12 overs a side, O’Brien smashed eight sixes in a 37-ball 82. 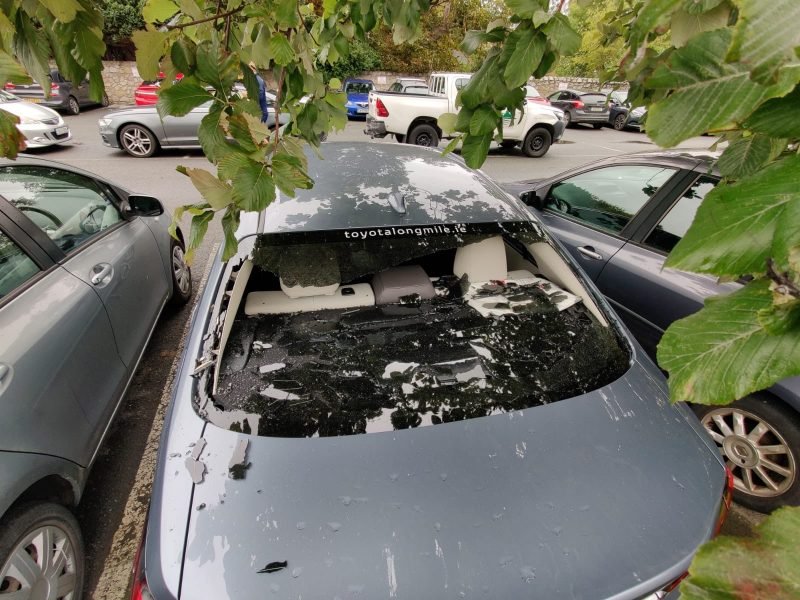 The smashed car window in question

Unfortunately, one of those sixes didn’t just clear the rope, it travelled into the car park, smashing into rear window of the Irishman’s stationary Toyota. Hopefully O’Brien, an ambassador for Toyota Long Mile, a west Dublin-based car dealership, won’t have to foot the bill himself. He was only doing his job, after all!