England fast bowler James Anderson will have a scan on his calf after pulling up while attempting to bowl on day three of Lancashire’s County Championship match against Durham.

Despite coming out to bat, Anderson needed a runner and was not able to bowl for the remainder of the match. Lancashire described the injury as “tightness”, while Anderson took to Instagram to call it “a niggle but hopefully not too serious”. 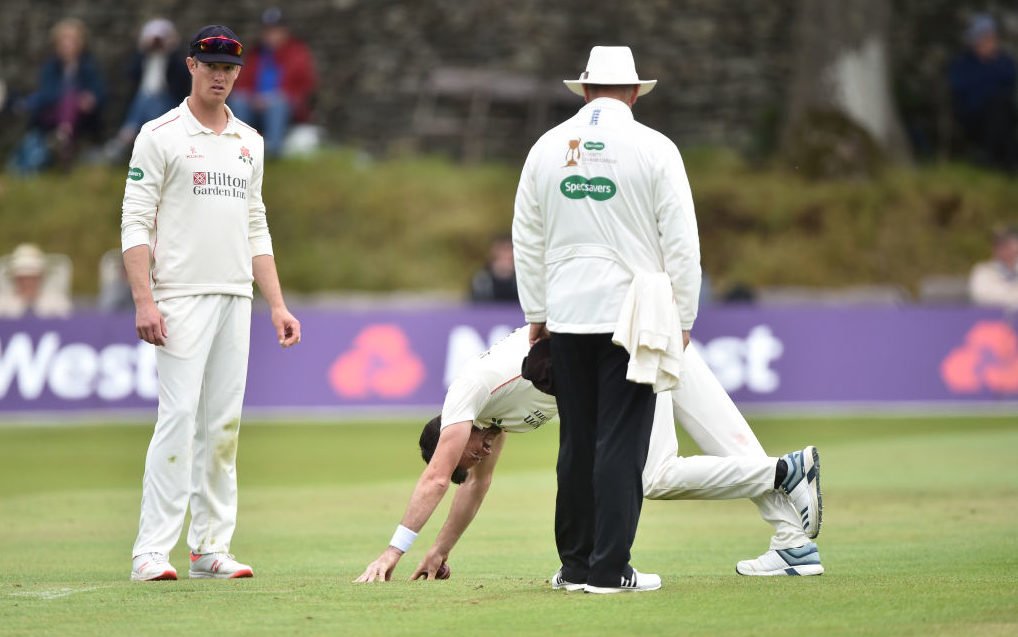 Anderson pulled up during Lancashire’s clash with Durham

“Jimmy will have a scan tomorrow, late afternoon,” said an ECB statement. “We will assess further over the weekend.”

Anderson will be expected to lead the attack for England in the five-match Ashes series later this summer, which will take place across six weeks from August 1.

Related Story: Michael Vaughan: I would prefer Anderson over Broad for Southampton Test

Anderson is England’s leading Test-match wicket-taker with 575 scalps and has been in superb form for his county this season, with 30 wickets at a measly 9.36.