Mark Boucher, Test cricket’s most-capped wicketkeeper, revisits the thrills and spills from a decorated career in an interview with Luke Alfred. Introduction by Roshan Gede.

Agility, efficiency and longevity: these words instantly come to mind when one thinks of Mark Boucher, a mainstay for South Africa from the late Nineties until his retirement in 2012. From the reign of  Hansie Cronje, into the glory years under Graeme Smith, Boucher stood as a strong pillar in the Proteas side alongside the likes of  Jacques Kallis, Herschelle Gibbs, Shaun Pollock, Makhaya Ntini and co.

The East London-born keeper accounted for a staggering 998 dismissals in international cricket, 93 more than the next best, his contemporary Adam Gilchrist. He was known for his game-changing contributions with the bat too, the most famous of which came during South Africa’s famous run-chase against Australia at the Wanderers, where a timely unbeaten fifty took his side to a record-breaking victory. 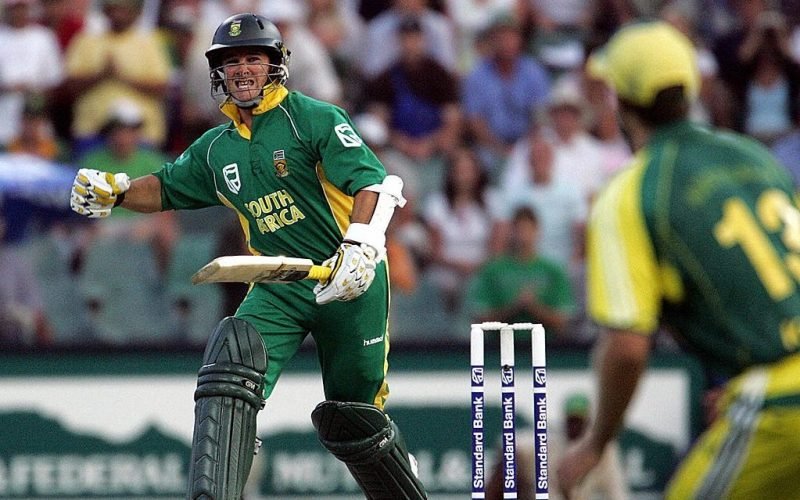 Here are the moments which marked the makings of Boucher, picked by the man himself.

The two most important things to happen to me as a young player were Sunday morning nets with Robbie Muzzell [a former first-class cricketer and national team manager] down in East London, and coming into contact with Richard Pybus, who was coaching at Selborne College when I went into high school. Robbie made me understand that I needed to put in extra work if I was to get anywhere and that was good because with extra work I began to see some results, so there was something to aim for. A few years later Richard told me I had too much energy as an off-spin bowler and a seamer, which is what I was in high school. His suggestion was that I should keep wicket because it allowed me to always be in the game. My keeping career started as a 15-year-old.

I was always a pretty serious squash player but when I made the SA Schools cricket team at the end of my final year at school it became a bit of a toss-up. My dad said that cricket was probably the way to go because there was some money in the game, so that’s where I headed. I was offered a UPE Cricket Academy bursary in Port Elizabeth in 1995 and that set me up nicely in an environment where I could play and study at the same time.

Steve Palframan was chosen for the World Cup squad, which opened up an opportunity for me as the understudy keeper at Border. I had a really nice season with the bat and that started getting me noticed. I remember playing in a one-day game against Free State in Bloemfontein, where Hansie Cronje, Allan Donald and Franklyn Stephenson were all playing, so they had a pretty decent attack. When we batted I got hold of Allan and Hansie a bit and we won quite easily. That was important because two big players in the South African game started to take notice. It was an innings that put me on people’s radar.

I made my Test debut in Pakistan not knowing if I was really good enough. I roomed with Shaun Pollock and he told me that you never really know until you give yourself an opportunity to play at the highest level and that really calmed me down a lot. Although I didn’t play in the next game because Dave Richardson came back from injury, I’d had a taste. What Shaun said always stayed with me. 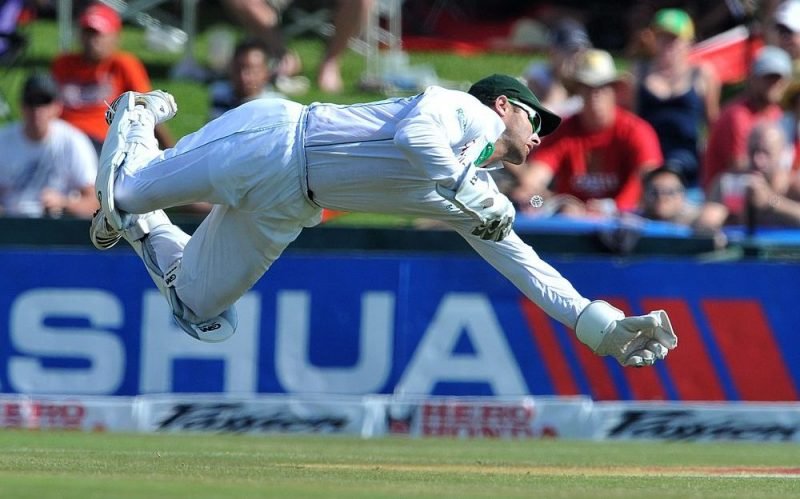 Boucher was renowned for his acrobatic skills behind the stumps

After the tour to Pakistan we went to Australia. I didn’t keep in the Tests but I made 50-odd in a warm-up game against Tasmania in Hobart and then my ODI debut against New Zealand in Perth in the same match as Makhaya Ntini. I didn’t bat but it was really useful because I knew then that I could play and that what Shaun had said in Pakistan was true – I wasn’t going to be out of my depth at the highest level.

Ready for the big time

My next big moment was back in South Africa against Pakistan where I combined in a late-order partnership [of 195] with Symmo [Pat Symcox]. After that I settled down and realised that the world was my oyster. I knew my keeping wasn’t up to scratch, so that was something I needed to work on, but if I could deal with Waqar – OK, so he was getting a bit old – and Mushtaq and Shoaib, then I had something. It was just a case of getting better. I knew then that I had a long career ahead of me. 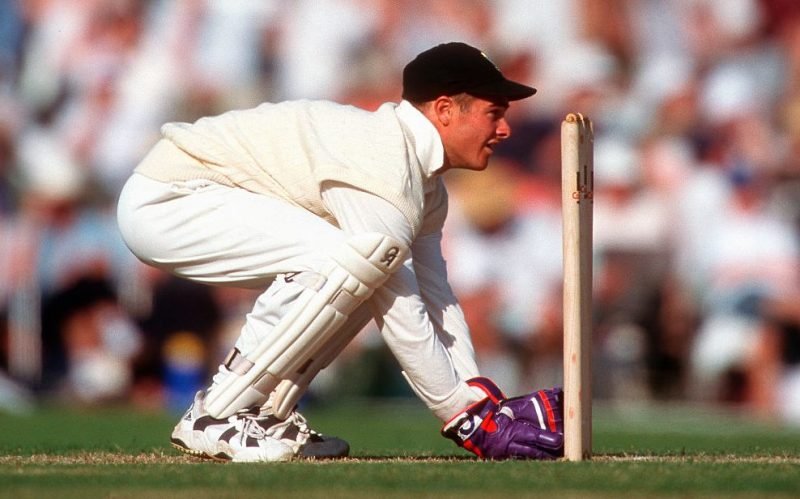 I’ve got to talk about the dropped catch off Allan [Donald] at Trent Bridge because it was important and there was just nowhere to hide. Hansie came across and I thought he was going to say a few words and cheer me up – I was a young guy, after all – but he just shouted at me. He told me in no uncertain terms that I should just stop sulking because if I was going to sulk they’d get rid of me and get someone else. It taught me that I had to take responsibility for my mess ups. Test cricket is tough. Not everyone can take the aggression. I grew up very quickly after dropping that sitter.

A couple of years later I played an innings in Mumbai when we only needed a few to win, but we were batting on a turner and wickets were falling. Luckily I was batting with Jacques [Kallis] at the time. We were facing their spinners, Murali Kartik and Anil Kumble, and he was just blocking them away. We came together and decided to take the game to Murali and started to chirp him, telling him that he was going to lose the game for his country, and just generally pushing back. We were successful in winning the game and that changed the way I thought about cricket a lot because it was early in my career and it set me up for other things. Test cricket is all about absorbing and then transferring pressure. We were able to transfer pressure that afternoon in a low-scoring chase.

On top of the world

The period with Mickey Arthur was a real culture change. I remember going off to Pezula [the luxury golf estate in South Africa] to have an open and honest chat with all the guys. Basically we realised that if we could channel all the different cultures of the guys in the team then we’d be a very good side. I remember coming away with a very powerful feeling afterwards and it showed in our results on the field. We went to England and came away with our first series win there in I don’t know how many years. There was ‘The 438 Game’ and we also went away to Australia and beat them 2-1 in the Tests after winning the second in Melbourne. We felt that we could take on the world. 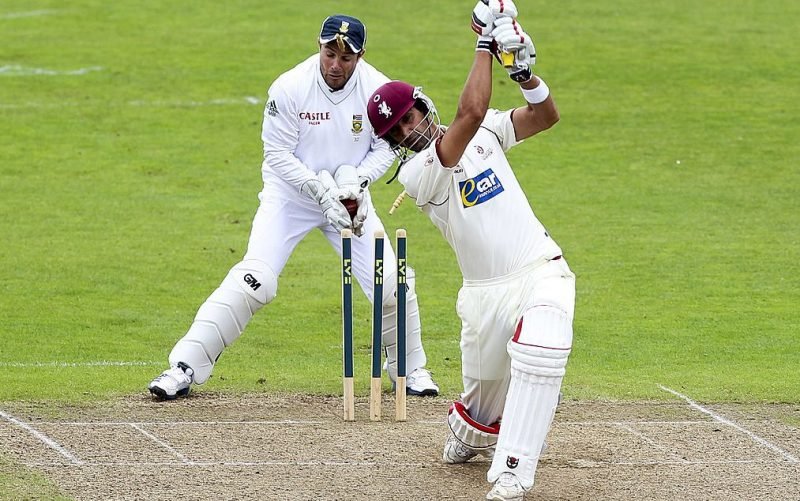 Playing under Gary [Kirsten] after Mickey was absolutely fantastic. Then on the tour to England the eye thing happened [a flying bail caught him in the eye, ending his career]. It was massive, a really big issue, because it burst my bubble and made me feel empty. I hadn’t climbed my Everest but the way the guys responded made me feel that I’d reached Everest in another way, and so there was a different kind of closure for me. I’ll always be forever grateful for the guys and the way they responded after the accident. It was bittersweet but that was a big, big moment in my career.