Kapil Dev, India’s World Cup winning captain and one of the finest all-rounders in the game’s history, recounts his standout moments on the field in an interview with Henry Cowen, first published in 2017.

Kapil Dev, alongside Sir Richard Hadlee, Ian Botham and Imran Khan formed the famous quartet of great all-rounders who plied their trade in the 1980s. Leading India to World Cup glory in 1983 with a win against Clive Lloyd‘s dominant West Indies stood out as arguably the defining moment of a decorated career. There was that catch to dismiss Sir Vivian Richards in the final at Lord’s and his memorable innings of 175* against Zimbabwe at Tunbridge Wells, which still stands as one of the greatest World Cup innings of all time.

In his penultimate Test against Sri Lanka at Ahmedabad, he went past Hadlee’s tally of 431 Test wickets to become the leading-wicket taker in the history of Test cricket: a record that stood for six years, before Courtney Walsh bettered that in March 2000. 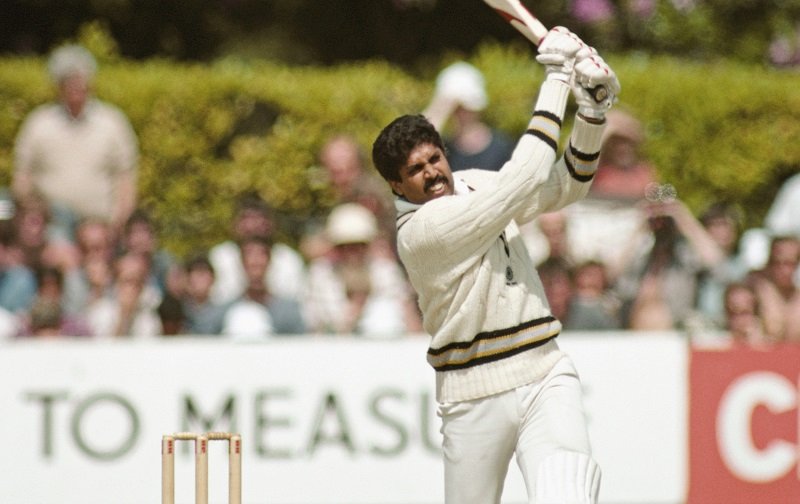 As well as those famous moments, a first-class career spanning two decades and 356 international appearances was bound to produce many more memorable days. The Haryana Hurricane reminisced the best of those in a conversation with Henry Cowen.

I was very raw on my debut. I’d never seen much cricket and I came from Chandigarh, where there wasn’t a pitch. We played on matting pitches, not turf, so I had no idea how this kind of cricket was played. I remember not what I got but how many front-foot no-balls I bowled. So many no-balls! I’m not sure I bowled as many no-balls in my entire Test career as I did in this game, I think it was almost 22. I wanted to bowl quick and I didn’t know how to control my body.

“People started saying, ‘He’s an all-rounder, he can bat’, and that helps you stay in the team”

I scored a Test century before I got a five-for but then the pitches in the subcontinent are more suited to batsmen. Test cricket was new to me – my debut was the first Test I saw – so it took me time to understand how to bowl to take wickets. That hundred was very sweet because I was established that day. People started saying, ‘He’s an all-rounder, he can bat’, and that helps you stay in the team. It also helps you bowl with a more aggressive mindset. You think, ‘I can contribute with the bat, so I can bowl with some extra pace and try a thing or two.’

During that period I really wasn’t focused on landmarks. Sometimes five wickets doesn’t make you that happy, or – the other way – you take three wickets and they help you win the match. Sometimes a 150 is not important and the 60 that wins the match is more important. Reaching 100 Test wickets was very important though because I was the first seam bowler to take that many wickets from India. That was special. 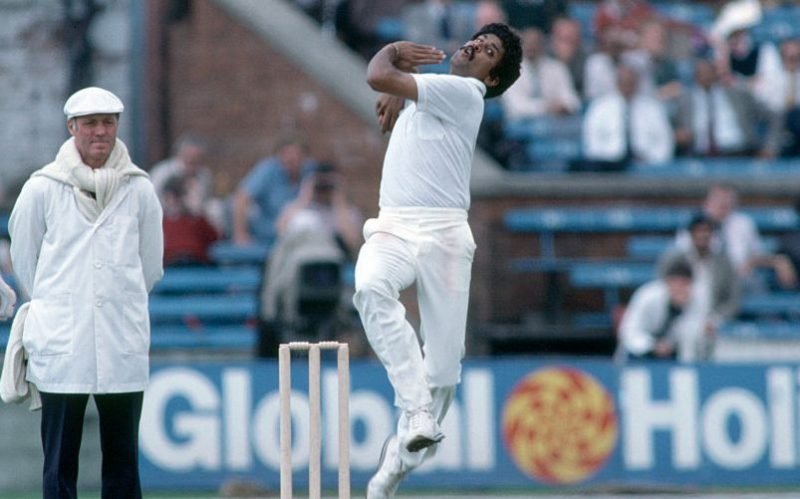 We won this Test and it was the first time we drew a series in Australia. It started badly, though. I ruptured my thigh muscle on day one and I couldn’t even get to the ground for almost three days. On the fifth day they needed 143 and I was just bowling four or five overs to get some rhythm, I wasn’t ready to pick up wickets. After the fifth over Sunny Gavaskar suggested I take a break but I said, ‘No, I’m just getting my rhythm. Don’t stop me. Let me bowl.’ I was used to bowling long spells and at that point my focus shifted to wickets, not my thigh. That’s when the game changed. Winning a Test match outside India was much more talked about than winning at home, and to get Australia – always a very competitive team – out for such a small total on the fifth day was very enjoyable.

This was the first match we won against the West Indies in the West Indies, and our first ODI victory over them. It meant a lot. No other team was able to beat the West Indies before the 1983 World Cup in England, where all this was leading to. I was captain for the first time and this victory gave us a lot of confidence. 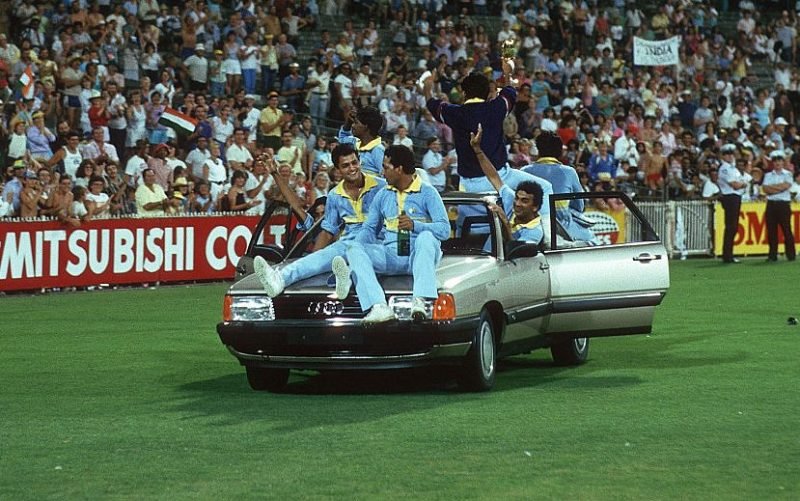 In a way this was the most special moment for us as a team, even more special than the World Cup win of 1983. A lot of people said our win in 1983 was a fluke, whereas in this tournament people believed that we were genuinely good enough to pick up the trophy.

I told half of our players off for batting too aggressively and then I batted the opposite of how I talked. It was like a T20 innings! The whole team laughed but that was the nature of my game; their game was Test cricket whereas I couldn’t defend so mine was T20. I was very aggressive, hitting over cover, over mid-on, over mid-off, wherever I had the opportunity. I was more bothered with getting runs than defending my wicket. 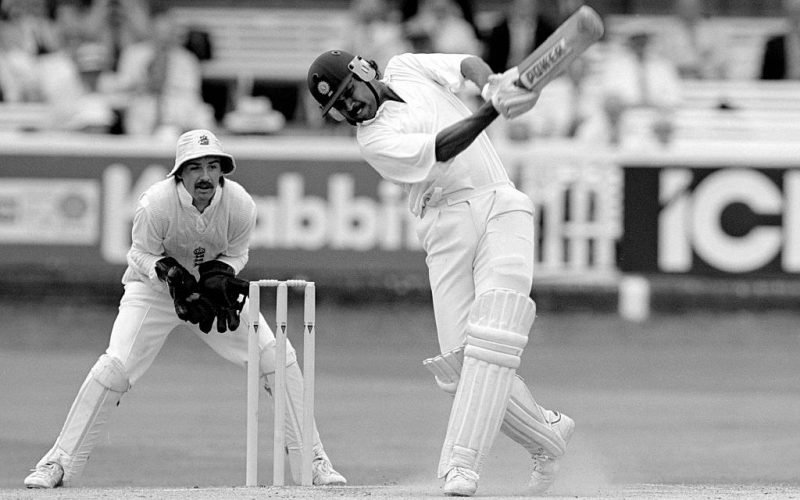 Out of the park! Kapil Dev hits the first of his four consecutive sixes against Eddie Hemmings at Lord’s

When you’re batting with the number 11 batsman you have a change of mindset and you start thinking how you can get those runs as quickly as possible! I said, ‘Let me take the strike.’ I did plan to attack Eddie Hemmings but I didn’t plan for four sixes. The first two balls I was always going to block and then for the third ball I said I have to jump out, because he was trying to buy the wicket by giving me more flight. I knew I could go for it.

I went for the fourth also, because I was thinking that he wouldn’t expect me to go for it again. We were playing mind games. But by the fifth ball I honestly didn’t have a plan. When I saw it in my zone, though, I was in such rhythm that I could see that he’d bowled much flatter and he’d overpitched it. I didn’t even have to jump out, I just had to stand there and slog. The sixth ball was the same thing. He bowled much quicker so as not to give a single, so he brought mid-off and mid-on up and I got the opportunity to play a big shot.