The host of the Radio 1 Breakfast Show sat down with Wisden Cricket Monthly features writer Felix White at The Oval to see history being made.

It is the morning of Monday September 10 in South London. Alastair Cook, in his last ever Test innings, is 46 not out overnight. Evidently every cricket lover in the capital has called in sick or skipped school to witness his final, ultimately inevitable block, nudge and push to three figures. The atmosphere is one of bone-chilling focus across the ground.

One of those frozen to their seat is the new host of the Radio 1 Breakfast slot, Greg James. The significance of the moment is such that James, in the fledgling weeks of the most sought-after broadcasting job in entertainment radio, has blocked out his day to race across London, strewn with huge billboards saying ‘DON’T BLOW IT GREG’, to be here. “I cancelled everything,” he says, hushed between overs in the Bedser Upper. “I couldn’t miss this. I know something is going to happen.” 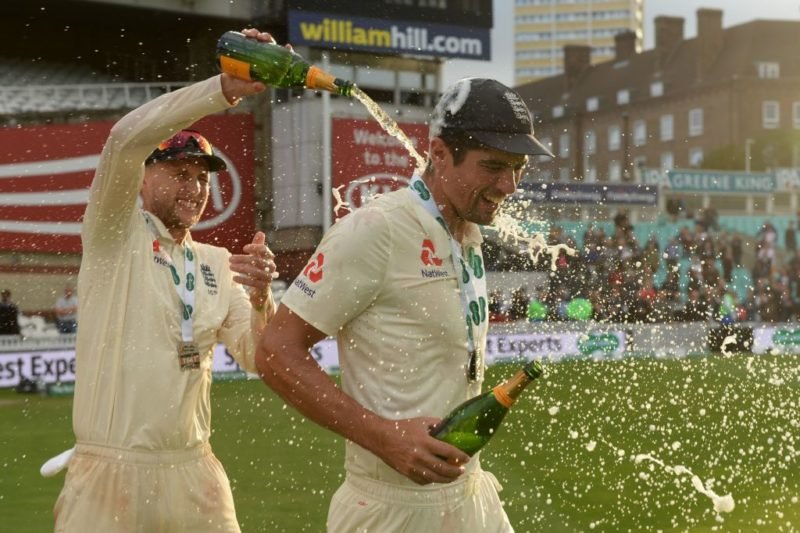 It was the perfect goodbye for Alastair Cook

Cook reaches fifty and the ground rises to applause. Like some kind of cricketing viking funeral, every single person seems to be channelling their own metaphorical goodbye to a part of their own lives, their own journey-through-Cook. “I vividly remember him playing for England on debut,” says James. “You’ve suddenly stumbled across a legend in the making, and you think, ‘Oh right, well, I was there in the beginning’. I wasn’t even at Radio 1 when Alastair Cook started playing for England.”

As Cook ticks through the fifties, James points to the gasworks and London skyline behind him. “Something special and poignant always happens at The Oval. It’s part of why I love cricket so much.” He has been coming for the best part of 20 years to this “place for endings”, beginning with Courtney Walsh and Curtly Ambrose’s last Test together on England soil.

“We lived in Epping, which is right at the end of the Central line. I would always bring a ball and by the end of the journey, everybody else had got off, so I’d bowl at my dad down the carriage and he’d use a newspaper to bat.”

His dad is here today, sat next to us, fresh from tearing a hamstring whilst standing at slip at the weekend.

Cook moves into the seventies. It’s like witnessing a farewell best-of concert. The mass contemplation of that stretch of time is becoming palpable. It’s the kind of shared time, in essence, a listener has with a radio show. 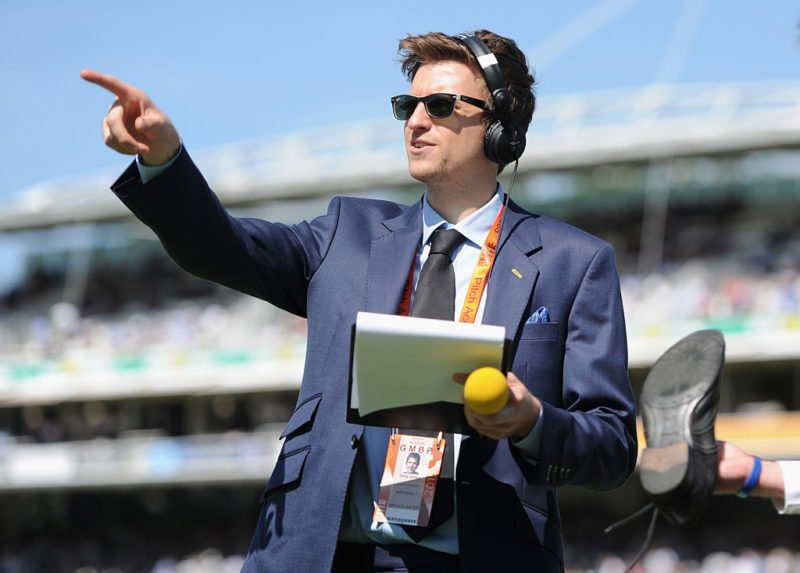 “It is similar to doing a radio show,” says James, “in that a lot happens whilst you’re the constant in other people’s lives. It’s got a rhythm to it. ‘Oh it’s the summer, it’s the Oval Test, where was I this time last year? Was I happier then?’ That’s how it feels now. On the radio, people text in and say, ‘Oh my god, you gave my daughter a shout out on her first birthday and now she’s going to secondary school’. You’re a small part, but it’s an interesting thing because you’re being welcomed into their routine.

“So, like cricket, radio is always in the background of people’s lives. You’re suddenly transported back to university watching Cook, or when I went out to Antigua to watch him. He’s been playing for England for 12 years. A lot of life happens.”

The life that has happened while James has worked in radio has been full and varied. Last year’s ‘Gregathlon’ – five triathlons in five cities in five days – raised one million pounds for Sports Relief; a sideshow Unreal Lives, in which he sets up celebrities to ad-lib in tell-all interviews (including Joe Lycett being coerced into claiming that dolphins are “despicable, evil creatures”, all of which he wants to kill in the space of a week), has become a cult classic; and, venturing further into the interactive absurdity his show encourages, he recently organised a pasty to be transported across the length of the UK so a listener could try one for the first time.

“Something special always happens at The Oval”

As the ground becomes more hushed, we dial in to our earpieces, knowing that we might be missing something iconic on Test Match Special that paints the story. “Test Match Special was the first radio show I ever listened to,” says James. “It was always on and part of the house.” When forming the framework of the new show, he referenced it a lot. “It’s the perfect radio show. It’s about something. It reflects the moment and it’s not exclusive, it’s a very welcoming club. They make a massive show feel intimate, which is a really hard thing to do.”

And talking of massive things feeling intimate, there is no other moment in cricket that will do it more poignantly than the one we’re witnessing now. The entire crowd falls deadly still and silent, as if moving might jinx fate. We daren’t further discuss anything non-Cook-related. He is on 96 and nudges one to creep closer. Wait. It’s overthrows. The ball races back past the stumps. Captain Root, in a symbolic passing of the torch, sees it cross the boundary first and celebrates as if the hundred were his own. Then Cook and 20,000 people. The place stands for what must be the longest applause the ground has ever held. “I’m so glad I was here,” James says. “I couldn’t have missed this for anything.”

A version of this article originally appeared in the October 2018 issue of Wisden Cricket Monthly. Click here to subscribe to the magazine