Somerset stalwart Marcus Trescothick has brought the curtain down on 27 years of run-making. After announcing his decision to retire earlier this summer, the batting legend reflected on his remarkable career in an exclusive interview with Jo Harman in Wisden Cricket Monthly.

Dad played a bit of Somerset 2nd XI when he was younger and then played a lot of club cricket and we used to go along as a family. Mum would do the teas. I grew up at Keynsham Cricket Club and it all stemmed from there. I reckon I was about 14 or 15 when I thought cricket was something I could go into as a career. As I got better and better it just took its natural course. I joined Somerset literally the day after I finished my GCSEs and played the rest of the season. I was offered a contract at the end of the year.

My first-class numbers were average. I was averaging probably mid-to-low thirties and then one knock changed my career, when I scored 167 against Glamorgan. Duncan Fletcher was Glamorgan coach at the time and about to take over the England job. He saw that innings and picked me to go on an England A tour. My numbers potentially didn’t warrant a call-up but he obviously saw something that he liked. I went away to Bangladesh and New Zealand, and didn’t set the world alight even on that tour – I had a couple of nice scores but nothing major – but then it all happened pretty quickly after that. I got an opportunity because of an injury [making his ODI debut in July 2000 and his Test bow a month later] and the rest is history. I didn’t look back after that. 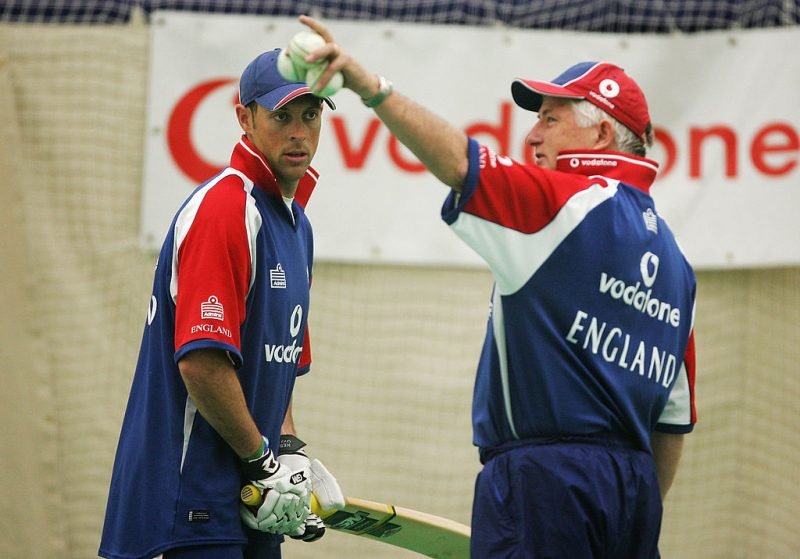 Dermot Reeve was at Somerset for about three or four years and he gave me a lot of cricket sense and a lot of knowledge. He got me thinking about my game. He wasn’t forward thinking as such, but he got me to think outside the box. And then Duncan [Fletcher] was very influential when I was fighting to play for England. He looked after me greatly, gave me a lot of advice and tried to develop me as much as he could – teaching me how to play spin and giving me that impetus in my game.

The ideas that Duncan would give me made perfect sense and it was also his language and communication style. Our partnership worked really well and I think the fact that he backed me from the start of my career probably made our relationship very good. When you trust people and like what they do and how they operate and the ideas they come up with, you tend to buy into it so much more. If Duncan had come to me and said, ‘Right, I want you to try this’, I’d have said, ‘Yeah, that sounds like a great idea, let’s give it a crack’. The way he came up with things was very different to other people.

There was a patch around 2004, when we went to South Africa in the winter, when I was playing really nicely. I consider my best hundred for England that 180 in Johannesburg, partly because of how I played but also the situation in the game, away from home against a good South African side. We were on the rise as a team and it was a pivotal moment in the game – we managed to win it on the last afternoon and my innings really put us in a position to try and do that.

Related Story: Betting on the next cricket match? Keep these important things in mind before you start

I almost dream of it now, while I’m still playing and it’s a lot harder now compared to when I was at my peak. It felt so good, to be in so much control, and you don’t realise at the time how nice a feeling it is. I look back on it now as my highlight and my best ever innings. For the first 30 runs it didn’t feel too good but it gradually got better and better. Then I was in the zone, in that space in your mind, and it was absolutely perfect. 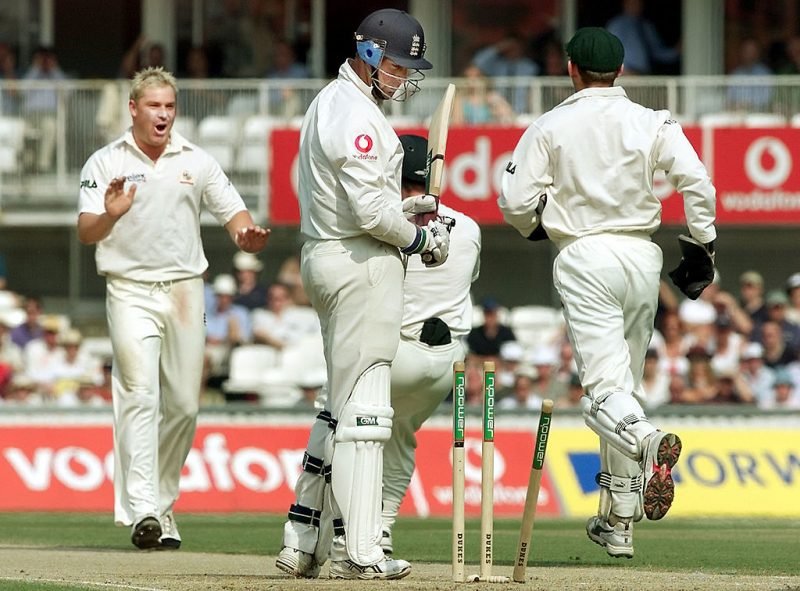 There have been some good ones. In my time with England I had a good spell with Mike Atherton and Alec Stewart, who were slightly different characters but equally good fun. And then Strauss and Vaughan, in Test matches especially, with whom I had the biggest partnerships. I couldn’t narrow it down and say who was better.

I regard Shane Warne as the best bowler I faced – certainly the best spinner. That was always a contest. Whether the pitch was flat or ragging, you just knew that he would be a real handful and I found him quite tricky. As time went on and I played more for England I think I became a better player of spin but he was so skilful at doing what he did. He was always in my ear. All the time. It wasn’t in a nasty way, but he was always doing it, as you generally get from Australia — they were always on you and putting you under pressure in many different ways.

"I wake up shouting things like ‘Throw the ball’ or ‘Run him out’, and I reckon I will for a long time yet"

In my own mind I didn’t know what completing my international career would look like. I still had a lot of unfinished business in the game and I didn’t think that I would finish any time soon. Whether I thought my career would go on until I was 43, I don’t know. But I’m glad that it did and lucky that it has done. To play for 27 years is a real pleasure.

Leaving Somerset hasn’t really ever crossed my mind. There was a conversation with one club at one point but it was never a case of, ‘Right let’s get into proper negotiations’. It was an off-the-cuff chat with somebody and it was left at that. We didn’t take it any further. I don’t think I ever wanted to move on. If I hadn’t been treated like I have been then it could have been different, but the club have looked after me so well that I haven’t wanted or needed to look elsewhere.

About three years ago we pinpointed the next generation of players and the culture that we wanted to create within the group. We wanted to become very much homegrown and produce our own talent. We had a great crop of players – Lewis Gregory, the two Overtons, Jack Leach, Tom Abell, Dom Bess – who we were building it around. They are very skilful players who love the club and buy into everything having grown up through the system. Having watched Yorkshire and Durham succeed with their very much homegrown players, I believe that’s a massive asset to have. It means you’ve got something that means more than just playing cricket and something that success can be built upon.

When we started writing the book [Coming Back To Me, 2008] we said, ‘If we can help one person along the way, then we have succeeded in making a difference’. I didn’t really know how it was going to be received by people but I could never have dreamed that it was going to be in the way that it has been. We are talking about it now and that’s 11 years after I wrote the book. People are still saying that they loved it and that puts a smile on my face; that after all these years people are still getting help from it. There are friends of mine within the game who have suffered [from mental health issues] and continue to come up to me and ask to have a chat about it. It’s a cricket book but it talks about so much more. After I’ve finished playing I’m hoping to carry on raising awareness of the illness.

I would love to have played for England for more of the 27 years than just six or seven but of course I’m grateful for the opportunity. And while the illness cut my international career short, it gave me so much more by being at home with my kids, watching them grow up and being around a lot more. I still wake up in cold sweats sometimes thinking about certain games – the T20 final we lost in 2010 still haunts me. I wake up shouting things like ‘Throw the ball’ or ‘Run him out’, and I reckon I will for a long time yet. But what’s meant to be will be.

Related Story: Betting on the next cricket match? Keep these important things in mind before you start

I plan on doing a variety of different things but I expect I will end up as a coach. I’m continuing my Level Four coaching certificate and I think the bulk of my time will be in coaching because I want to stay involved in the game. I already work at Taunton School as a coach in my spare time. I’d also like to stay in the media, I’ve done a bit of work with Sky, and I work with the Professional Cricketers’ Trust and the PCA too. I don’t foresee myself playing club cricket at the moment because I plan on being busy enough in the summer with commentating and coaching. But never say never. If in a year or six months’ time I’m desperate to get out and have a hit, then I may rethink that. I think the golf clubs might come out sooner though.

This interview was first published in issue 23 of Wisden Cricket Monthly. Subscribe here