Muttiah Muralitharan is generally renowned as a good-humoured, even-tempered character, but Paul Farbrace managed to upset him in a big way during his stint as Sri Lanka assistant coach.

By the time Farbrace joined Sri Lanka, in 2007, Murali was already an established legend of the game, on the cusp of breaking the world record for the most Test wickets, with the same record for ODI cricket soon to follow. And when the Englishman offered a minor criticism after Murali had played an important part in a Sri Lankan win, the off-spinner made his feelings clear.

“I got the biggest spray from Murali I’ve ever had,” Farbrace said on the Sky Sports Cricket Podcast. “We played a game in Dambulla, and he bowled round the wicket… and every ball he pitched pretty much around middle and leg.

“And after the game – we won the game – I went into his corner where he was sat and I said, ‘Well bowled, good win, but I just felt you could have bowled a little bit more outside off stump and attacked a bit more.’ Well, he gave me the biggest spray I’ve ever had. He swore at me, told me he’d played for 15 years and what did I know about bowling, etc, and I went away with my tail between my legs.”

However, while Murali seemed angry on the outside, he showed Farbrace the next day that he had taken the criticism on board.

“The next morning at eight o’clock he rang me and said ‘Where are you?’ and I said ‘I’m in the hotel’,” Farbrave said. “He said ‘OK, I’ll meet you in one hour at the ground’. And we went to the ground and he bowled for half an hour around the wicket and then he came down and said, ‘What did you say yesterday?’ 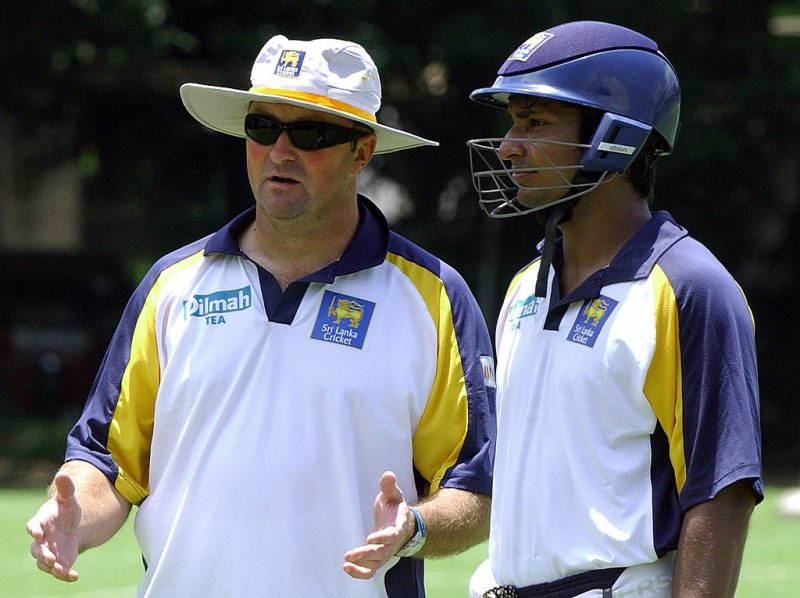 “And I said ‘I felt you bowled a bit straight from around the wicket, off-spinner spinning it in. I reckon you could have bowled a bit more fourth-stump line, get Mahela in the game at slip with your doosra. Backward point never touched the ball. Encourage them to try and hit through the line of the ball and you might have got three or four wickets.’

“And he said, ‘OK’. And he put a ball down, outside off stump, about fourth-stump line, and he bowled for 45 minutes. He kept trying to hit that ball, which he did many many times, and after 45 minutes he said, ‘OK?’”

Related Story: ‘What the hell have you done?’ – When Ashwin put his hand up to bowl a super over

It turned the moment into a learning experience for both Murali and Farbrace, who went onto become Sri Lanka head coach in 2013 after a stint in county cricket, leading them to their maiden World T20 title in 2014.

“It was a brilliant lesson learned for me: don’t try and tell a great player in front of his teammates that he could have done something better,” he said. “He wanted to learn, he wanted to get better, but it was about picking the right time to do it.”