West Indies greats Curtly Ambrose and Andy Roberts have been reminded of their best years after watching Jasprit Bumrah bowl in the Caribbean.

“At times, he rekindles memories of our prime,” Ambrose told The Indian Express, after Bumrah’s spell of 5-7 in the second innings in Kingston helped India pick up a 318-run win in the first Test of the two-match series.

That is high praise from yesteryear’s pace bowling gods, but such has been Bumrah’s impact on Test cricket since his debut in January 2018. He is now No.7 on the ICC Test Rankings for bowlers, having taken 55 wickets in 11 matches at 20.63, including four five-wicket hauls.

Biggest test victory overseas! ??so proud to be a part of this side . ?? pic.twitter.com/yfgVqyQhUq

“The pace, aggression, the hostility, the craft,” Ambrose pointed out, “the way he outclasses the batsmen, the way he out-thinks them, he could have been one of us. He’s so complete a bowler that he could have played in any era.”

Roberts concurred, saying Bumrah would have fit right into West Indies teams of the past, especially given his quirky action. “It’s the strangest action that I have seen on a cricket field,” he said. “I need to study that for a longer time to understand the mechanics of his action.

Related Story: Quiz! Every teammate of both Courtney Walsh and Chris Gayle in Test cricket

“But if he were born here back in our days, we would have had him. A freak was the only element missing in our bowling line-up. In fact, Bumrah is the only variety of bowler we had never produced.”

Roberts lauded Bumrah’s “game sense”, an attribute he said the West Indies greats possessed over the years. “Look at everything else he does, he’s classical,” said Roberts. “He moves two balls into the batsmen, and the other one goes away. Then two away from him, and then one into him. This is how we did, this is how fast bowlers have operated over the years. 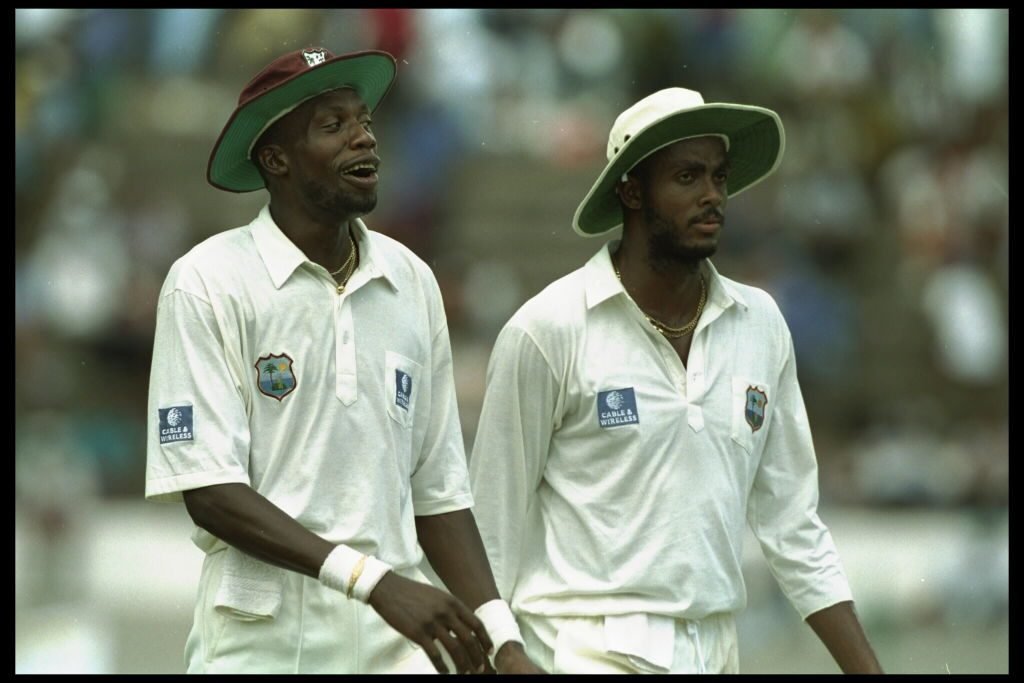 “But the best one knows how, where and when to bowl. And Bumrah seems to have this awareness, which usually takes a lot of time to develop, a lot of experience. But how old is he? How many Tests has he played? He’s a quick learner, isn’t he?”

Ambrose even went so far as to liken Bumrah to Courtney Walsh, his new-ball partner back in the 90s. “He’s good at varying his lengths, depending on the surfaces and batsmen,” Ambrose said. “I saw that in the World Cup, how he adjusted his lengths according to the conditions and batsmen. That makes life difficult for batsmen.

“[In this regard], he reminds me a bit of Courtney [Walsh]. He was wonderful in sizing up the length and bowling accordingly.”