Joe Root has backed David Willey to bounce back after missing out on England’s final 15-man squad for the ICC Cricket World Cup.

The left-arm opening bowler has been a regular fixture in the England ODI camp since 2015 but failed to get the nod from the selectors when the squad was announced on Tuesday.

“No one really deserved to miss out due to how well everyone had performed coming into this summer,” Root told his county club Yorkshire. “I think Will is a fine cricketer. He’s done some wonderful things in an England shirt, and I’m sure he will do again in the future. 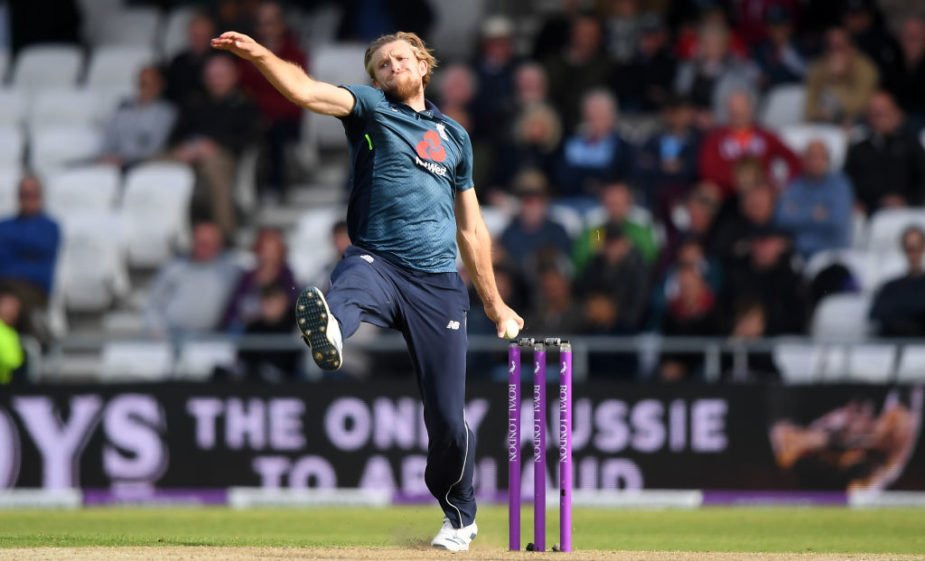 Willey was left out of England’s Cricket World Cup squad

“I can imagine it’s a hard pill for him to swallow, but I’m sure he’ll go back to Yorkshire and be the brilliant professional that he is and help win some games of cricket.

Related Story: David Willey: I turned down an IPL deal to play in the Blast

“It can’t be easy for any of the guys that have been left out. But it’s all part and parcel of cricket, unfortunately. But he’ll be wanting to prove people wrong and get his way back into an England shirt in the near future.”

Fellow Yorkshireman Tim Bresnan, the former England bowler, has backed Willey to “show England what they’re missing” and conceded that his county team-mate is “absolutely gutted”.

“He’ll have been sweating on this for four years,” Bresnan told BBC Radio Leeds. “He won’t let it affect him. In fact he’s probably got the attitude to come back in for Yorkshire and tear it up.”