There are high hopes for Rahkeem Cornwall, the all-rounder who was called up to the West Indies Test squad for the series against India, and the 26-year-old believes he is best-suited to the format.

His first-class record certainly backs up that claim. His off-spin has yielded 260 wickets in 55 matches, and in the 2018-19 season of the Regional One-Day Tournament, he finished as the highest wicket-taker with 54 wickets in nine matches at 17.68.

The call-up to the squad was a long time coming, and Cornwall is ready to make the most of a much-awaited opportunity. “I believe the Test format suits my game because of the consistency a player needs over a long period of time to be successful,” he told the official Cricket West Indies website.

“There are many ways in terms of fitness – you have cricket fitness, and physical fitness.”@ojerson8 runs through the rise of Rahkeem Cornwall, who, after taking 260 wickets in 55 first-class games, has finally won a senior West Indies call-up.https://t.co/acWUWAYmM6

“I’ve enjoyed that challenge so far in my career playing first-class cricket. The feeling [on getting called up] is great – it’s something I’ve been pushing to achieve for a long time.”

Cornwall has also been impressive in the limited-overs formats – he took nine wickets in six matches against India A recently – and that’s given him an understanding of what to expect against Indian teams. He also did well against England Lions in 2018, and is keen to display the progress he has made at the highest level. 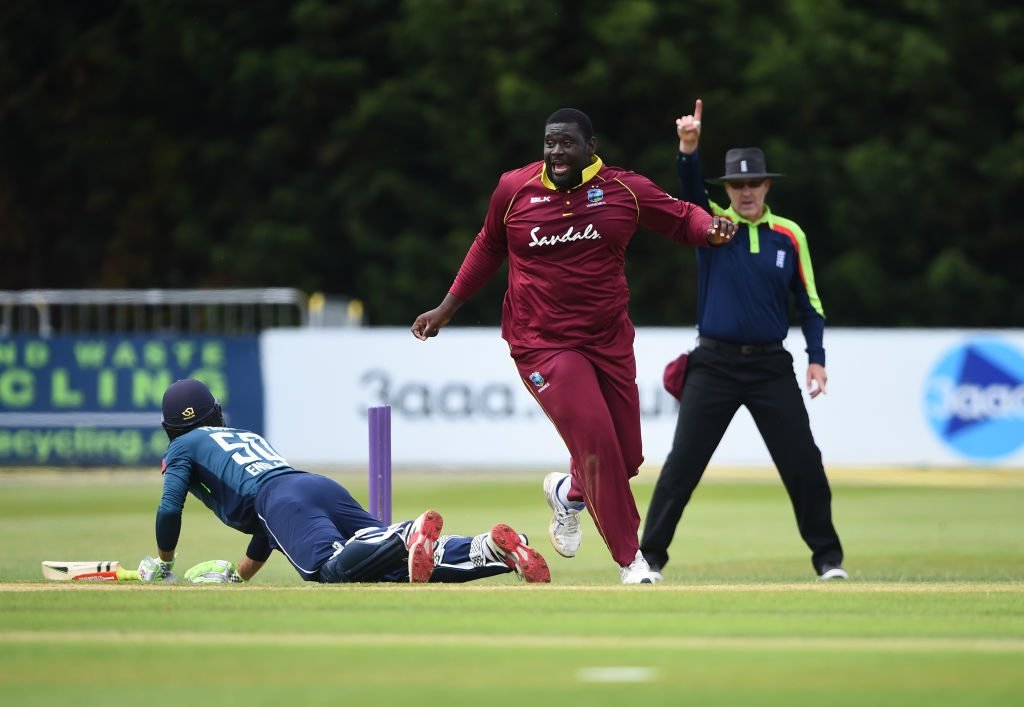 Cornwall impressed against England Lions and India A

“The A team preparation has been very good,” he said. “England Lions and India A were two quality opposition teams featuring guys that played Test cricket. Overall it has been very challenging, and it was a good place to test skills that I’ve been trying to perfect every year in our domestic competition.

“I’ve been putting in a lot of work over the last couple of months. I’ve always pushed myself. I feel I can go on and the on field results I’ve achieved have shown the progress I’m making.”

India and West Indies play two Tests – their first in the World Test Championship – starting in Antigua on Thursday, August 22.