India folded for 107 on a rain-interrupted second day of the Lord’s Test, but Ajinkya Rahane, their middle-order batsman, believes his side still are in contention for a win to level the series.

“You never know, the match can still be interesting if we get them out early and bat well in the second innings,” he said after the end of play on Friday, 10 August.

“We need to believe. Belief is important. There’s a long way to go in this match. You never know, the series can still be 1-1 at the end of this match.” 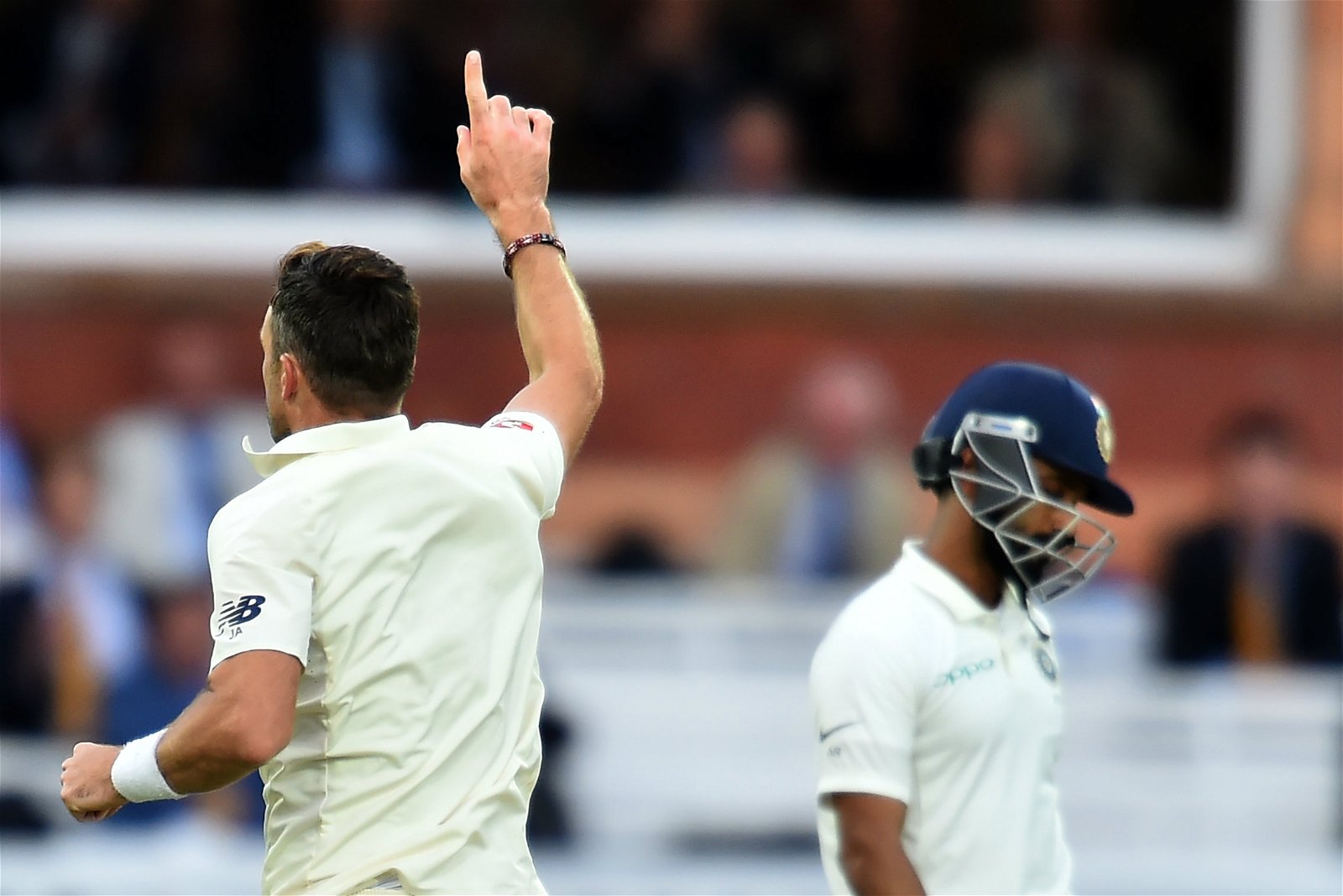 Related Story: Why the ICC’s ‘minimum over rate’ requirement is anything but

Rahane, who was one of the victims of Anderson’s accurate bowling, fell after making 18 off 44 balls. He credited the paceman, saying: “He didn’t bowl one short ball. He was just bowling there and there – a 4-5m length.

“It’s not easy when it’s start-stop but there are no excuses at the highest level,” he said. “England bowled well. They used the conditions really well. I’d like to give credit to them.”