Anil Kumble, the former India captain and coach, believes it’s imperative that India find a way of accommodating Ravichandran Ashwin, the off-spinner, in their Test team.

Ashwin was in the squad but played no part in India’s 2-0 Test victory over West Indies in the Caribbean, with the management opting for Ravindra Jadeja as sole spinner. Ravi Shastri, Kumble’s successor as India coach, even suggested Jadeja was picked for his fielding skills.

The 32-year-old also had trouble with injuries – an abdomen problem restricted him to just one match in Australia in December – but despite that, Kumble has insisted that the twirler, who has 342 wickets in 65 Tests, remains India’s No.1 Test spinner. The former India leg-break bowler also cited Ashwin’s batting credentials as another reason to persist with him in the side.

With Virat Kohli having once again drawn flak for his selection for the Antigua Test, former India captain Sourav Ganguly has a word of advice for the incumbent ?https://t.co/mZZHb7FkRB

“He is still the best spinner that you have,” Kumble told Cricket Next. “Yes, there have been a few incidents where he has had injuries and not performed to his potential, but Ashwin is your No.1 spinner in the team. He should be a part of the squad, he should be in the playing XI, you have to make a way of getting him in.

“I strongly believe that the team certainly can have two spinners in the squad, because both Ashwin and Jadeja are wonderful batsmen. Ashwin has had four Test hundreds, Jadeja has been really consistent with the bat. He did that again in the West Indies, he’s a wonderful bowler too, and both of them in tandem can certainly be a handful for the opposition. So yes, when India travel outside, it’s not always that you get four bowlers to pick up 20 wickets.”

Kumble also urged the India selectors to clarify the plans surrounding the future of MS Dhoni. The former captain was expected to retire after the World Cup, but instead made himself unavailable for the West Indies tour, spending two weeks with the Indian army in the interim. 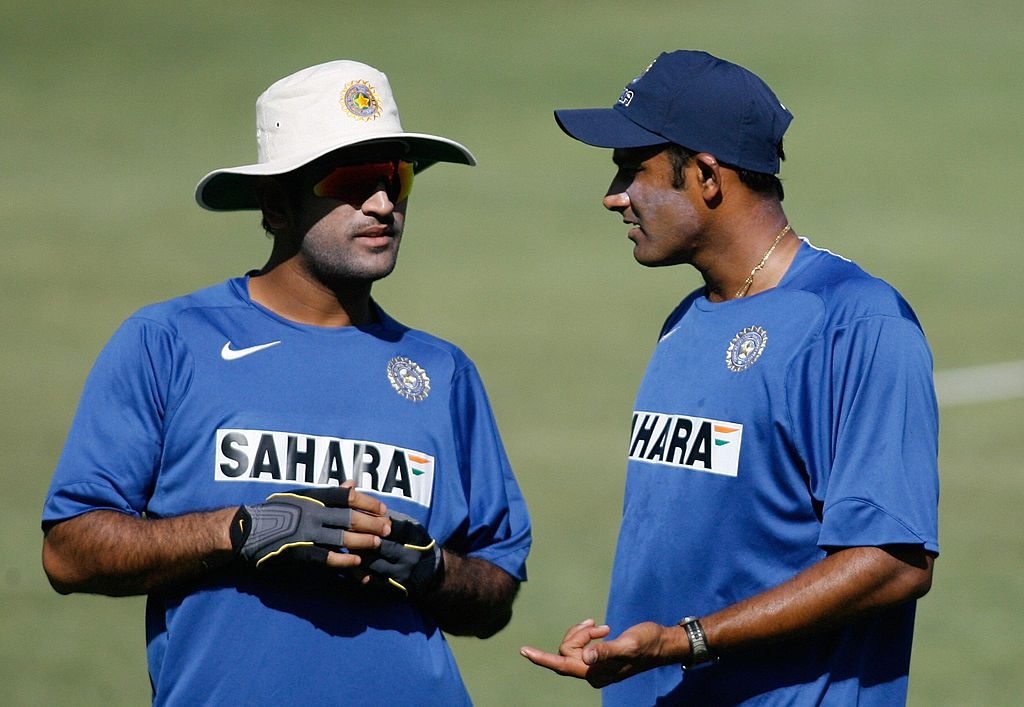 Kumble urged clarity on the future of Dhoni

MSK Prasad, the chief selector, confirmed that youngsters were being groomed to succeed him, but with the South Africa series fast approaching, there’s still no clarity on his future. “The selectors will have to take a call as to which is the likely team that you’d want in the [T20] World Cup, because the World Cup is just a year away,” Kumble said. “You’d want a consistent team to be playing right throughout, and that’s exactly what didn’t happen in the 50-over [World Cup] competition.

“There will be some discussions about an exit plan. But having said that, MS Dhoni certainly deserves a proper send-off, whenever he decides to move on from the sport. But for the team’s sake, the selectors need to sit down and have a discussion around what the plans are because it’s important that things be communicated.”

Kumble added that, if the plan was for Dhoni to play on till the T20 World Cup next year, then he needs to be “playing every (T20) game” in the interim.