The need to move on quickly from the World Cup 2019 semi-final exit was evident as Virat Kohli spoke of preparing his Indian side for the next global event ahead of the two T20Is against West Indies in Florida, starting on August 3.

India were big favourites to win the fifty-over World Cup in England and Wales, but their batting problems came to a head in the semi-final against New Zealand, and their exit sparked confusion back home, including rumours of a rift between Kohli and Rohit Sharma, and ambiguity over Ravi Shastri’s position as head coach.

Understandably, Kohli wants to move past all that and concentrate on the cricket, starting with next major tournament India will be vying for – the T20 Men’s World Cup in Australia next year. The tournament is over a year away, but the planning has already begun.

“We have 25-26 games in hand before arriving [in Australia] and we want to look at all the games to have a solid combination – conditions-based, obviously, because the conditions in Australia will be different, and so will your combination,” he said. “What each person’s strengths are is what we’re trying to figure out. It’s a very normal process in cricket at this level that whatever games you have you use it to build towards that global tournament.”

That isn’t to say results outside of major events don’t matter, and Kohli was at pains to stress how important they are to build confidence within a team, both in personnel and in the process that is being followed. “There’s no game that you want to take lightly,” he said. “You want results. As a team, if you are looking at building confidence, then results should follow those processes and combinations.

“It boils down to the players, eventually. Whoever gets the chance, in whatever combination, and how much responsibility they take in [each] situation, and how well they deliver for the team. That’s our focus till the World Cup – to figure out our best 15 and our best 11.” 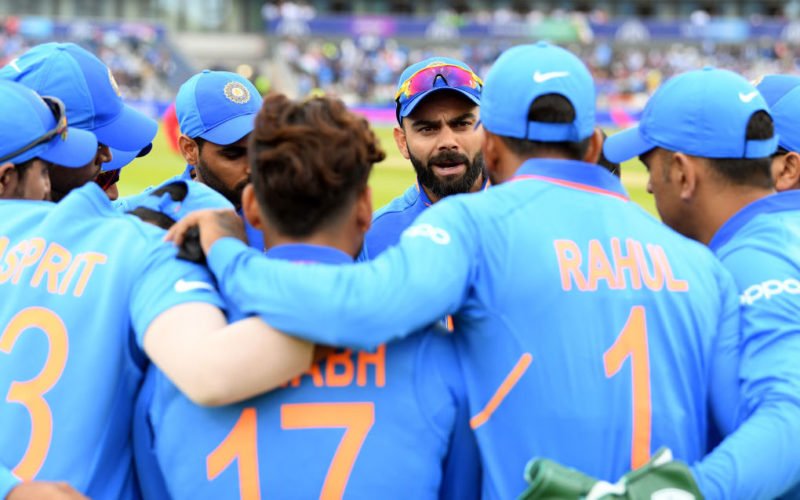 Virat Kohli has a lot of belief in his players, given their T20 credentials

To that end, the team has quite a few fringe players, including Navdeep Saini and Rahul Chahar. Given their excellence in the IPL, however, they’re not entirely new to Kohli and Co, and the captain is confident whoever they pick can get the job done, given the effect the IPL has had on the format in the country.

“The good thing with T20 cricket is we’re not really worried about the mindset of the players,” he said. “Having played IPL back home for so many years, and being good performers in the T20 format, these guys have a lot of composure. They get the best of the players around the world out, or they score against them. I don’t think it is going to be too daunting for them to be playing T20s at the international level.

Related Story: ‘Job is on the line from game one’ – Gary Kirsten on his time as RCB coach

“All these are proven performers, and we actually have a lot of belief in their abilities. Everyone is a professional here and they have come because of a lot of T20 experience.”

The third and final T20I between India and West Indies will be played back in the Caribbean, where the rest of the series – two Tests and three ODIs – will take place.