“I think the tough period is behind us,” said Ishant Sharma, India’s bowling hero on the third day of the Edgbaston Test against England, ahead of what promises to be the final day of the game on Saturday, August 4.

England had taken a slender 13-run first-innings lead despite Virat Kohli’s masterly 149, but their hopes of placing a big target in front of India were dashed by Sharma, who returned 5-51, and the other Indian bowlers. However, chasing 194, India have slipped to 110-5, and have Kohli on 43 and Dinesh Karthik on 18 in the middle.

It’s not a lot of runs, and India will back Kohli and Karthik to do a large chunk of the job for them. 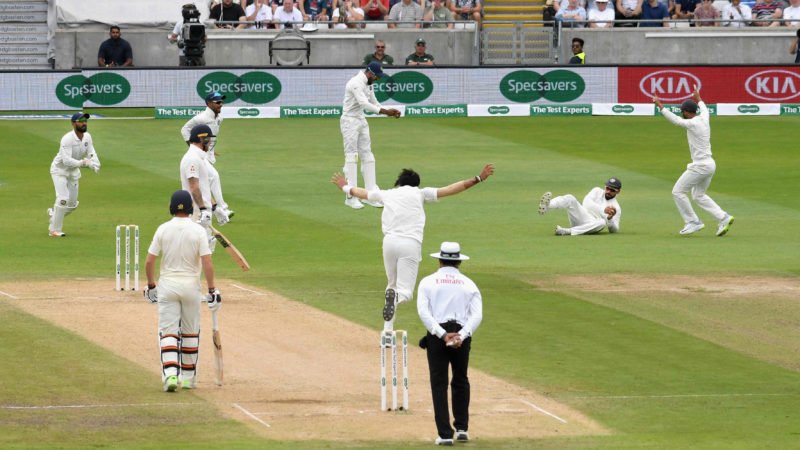 “The wickets in England aren’t very helpful [for batting], to be honest. If the sun is out, there is no problem. It’s only a problem when it is cloudy and then swing starts,” said Sharma.

“[Kohli] gives us a lot of confidence. Another good thing is DK’s positive intent. Virat has scored 150 [149] in the last innings and yes, DK got out [for a duck], but you can see that he has positive intent.

“Losing five wickets doesn’t mean much because we got their batsmen quickly as well. Cricket is a game where with one good partnership you can chase down small totals easily.”

"Hopefully they won’t need me, I think DK and Virat will do the job for the team"

Sharma did his bit with the bat in the first innings, keeping out 17 balls as Kohli got closer to his century and took India close to the England total.

“Nowadays, you don’t call them tail-enders, you call them lower-order batsmen,” he said about his breed. “So there’s every attempt that if there’s a top-order batsman playing with us, we go out and get runs. The good thing is I’ve scored a fifty in county [Sussex] as well and I’m carrying that confidence in my batting. Hopefully they won’t need me, I think DK and Virat will do the job for the team.” 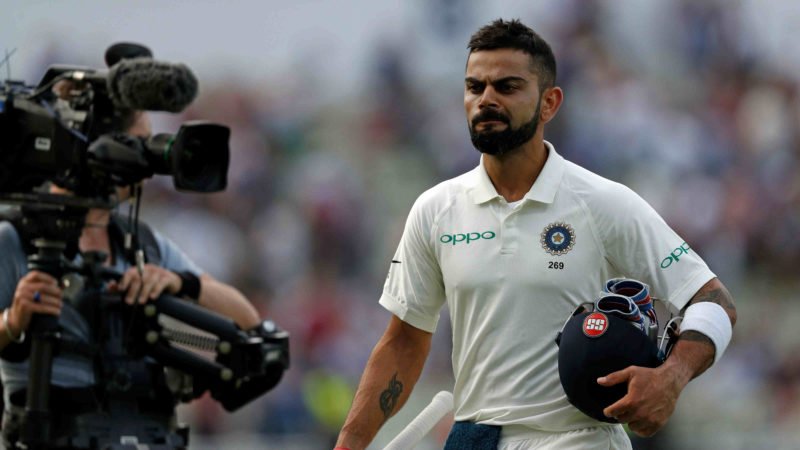 Kohli, after scoring 149 in the first innings, is unbeaten on 43 in the second

They must, and Kohli might have to do much of the run-scoring again, like in the first hit.

“It was a brilliant hundred, especially how he paced his innings,” said Sharma. “He played as per the situation. He struggled – as in he had to work hard – for his fifty. But the second fifty was free flowing.”

Related Story: Watch: The Kohli six off Woakes that might be just as good as his ‘impossible’ shot v Rauf

Sharma has been a revelation with the ball in the match. The veteran of over 80 Test matches picked up just one wicket in the first innings but kept things tight as he usually does, and stood out in the second innings, hitting the corridor of uncertainty and getting all his five victims caught behind the wickets.

“The first innings, we wanted to take the ball away from the left-handers. My plan was to start over the stumps, and when the ball started to move I came around,” he explained. 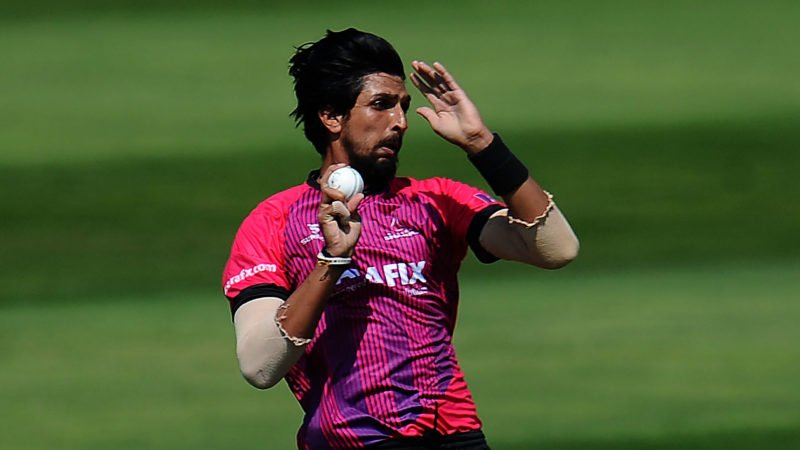 Sharma had a longish stint with Sussex earlier in the season

“But in the bowling meeting, the bowling coach [B Arun] told me to straightaway come round the stumps, because the batsman finds it tough to play from that angle. When my ball starts to swing, it is difficult for left-handed batsmen.”

It certainly proved difficult for Dawid Malan, Ben Stokes and Stuart Broad, all left-handers who fell to Sharma on the day.

Part of Sharma’s impressive show can also be put down to his experience playing with Sussex in the county circuit over the past few months.

“Playing for Sussex, bowling with the Dukes ball – the good thing was I had overs behind me. I played four [first-class] matches for Sussex, but I bowled nearly 200-250 overs [114.3] … I played one-dayers too,” he agreed.