Chris Lynn believes Australia’s one-off T20I against the UAE will help them get some “early momentum” for the upcoming three-match T20I series against Pakistan.

Australia take on the UAE for the first time in any format in international cricket on Monday in a fixture that’s been granted full international status, to prepare for the upcoming series against Pakistan, the No.1 side on the ICC T20I team rankings.

“I reckon it’s awesome,” Lynn was quoted as saying by cricket.com.au. “We’re coming up against the No.1 T20 side in the world so we want to make sure we get momentum early in the series. There’s no better way to do that than having a proper fixture.” 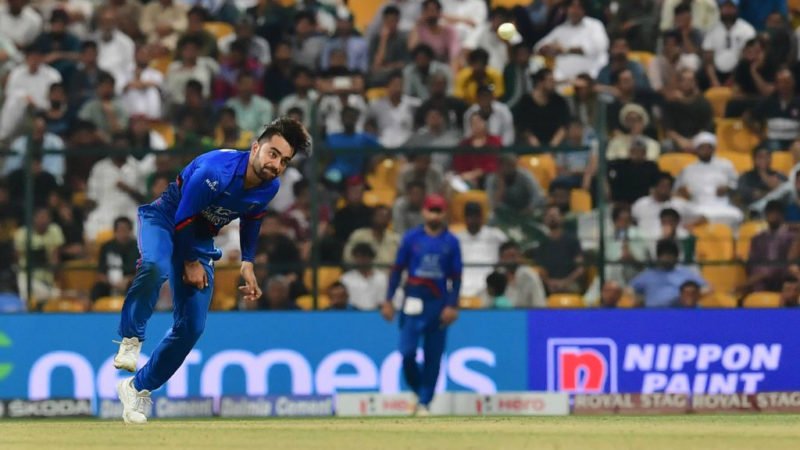 The 28-year-old, who has played 10 T20Is for Australia, also called the game an opportunity for the UAE to try and unearth talents like Afghanistan did when Rashid Khan appeared on the international stage and rose to prominence.

“We’ve seen Afghanistan over the last couple of years and some of the players that have come out of that – like Rashid Khan – are unbelievable,” Lynn said. “The UAE’s not that far behind them so I think they’ve got a great opportunity now to get known on the world stage.”

And while UAE may not be at Afghanistan’s level yet, in Lynn’s opinion, if “one or two blokes can get picked up in the IPL” that will be great for UAE cricket.

For the last time, it's the stumps podcast, featuring a disappointed Tim Paine and an ecstatic Asad Shafiq, and as ever, the tireless @collinsadam and @GeoffLemonSport https://t.co/RFqD4CNQdE

“Young kids are going to see that and aspire to (be like the) guys, like in Afghanistan with Rashid Khan where everyone wants to bowl leg-spin,” he said.

Australia and Pakistan clash in the first of three T20Is on Wednesday in Abu Dhabi before moving to Dubai for the second and third games.