Sri Lanka quick Lasith Malinga is set to retire from one-day internationals after the first game of the three-match ODI series against Bangladesh, starting July 26.

“He is going to play the first match. After that he is retiring,” Sri Lanka captain Dimuth Karunaratne told reporters in Colombo on Monday, July 22. “That’s what he said to me. I don’t know what he said to the selectors but to me he said he is playing only one match.”

Malinga, 35, was part of his fourth World Cup campaign in the recently concluded 2019 edition in England, where Sri Lanka finished sixth on the points table.

Handed his ODI debut in July 2004, against UAE in the Asia Cup, Malinga developed into Sri Lanka’s pace-bowling spearhead, keeping together an ever-changing attack, especially after the departure of Chaminda Vaas. 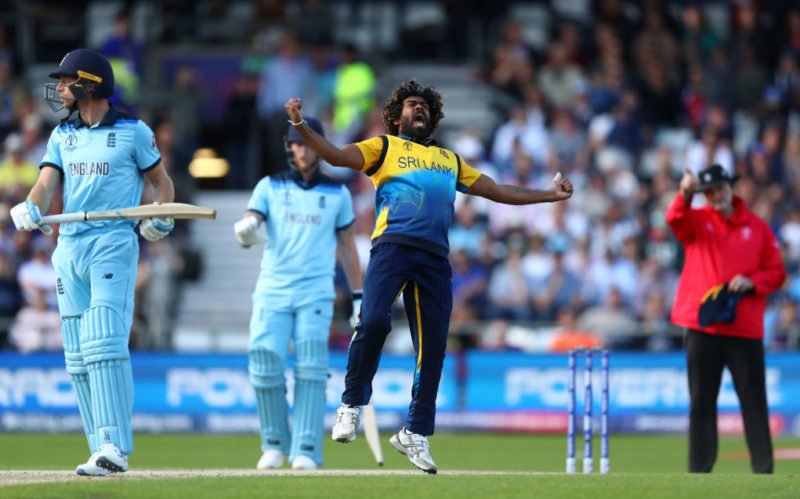 Malinga took 4-43 against England during the World Cup, inspiring a famous win against the eventual champions

Known for his unconventional, sling-arm action, Malinga is currently Sri Lanka’s third-highest wicket-taker in ODIs, behind Muttiah Muralitharan and Vaas, with 335 wickets in 225 games at an average of 29.02. He is the only bowler to capture three ODI hat-tricks [two in World Cups], and also holds the unique distinction of claiming four wickets in four balls, the only instance in ODI cricket.

While frequent injury breakdowns — especially back and knee issues — hindered his career, Malinga continued to re-invent himself, especially in the shortest format. By the turn of the decade, he evolved into one of the best death bowlers, with an unmatched ability to produce yorkers and slower deliveries towards the end of innings, while being an equally potent force with the new ball.

Over the last couple of years, Malinga acknowledged the need to re-assess his body in the face of injuries, even as his international appearances tapered. He made a timely return to the ODI set-up after a one-year gap in 2018, in the lead-up to this year’s World Cup, where he emerged as his side’s leading wicket-taker with 13 scalps in seven games.