Kevin Pietersen has indicated he would like to play a role in England’s one-day coaching set-up in the future as his playing career edges closer to the end.

Pietersen said he admires the aggressive approach of the current team. “I just love the attacking nature. We have always had the players – it was the system. It is lovely they have a free rein to go out there and fail which is magnificent. Trevor Bayliss has had so much experience in the IPL and T20 cricket so he has seen failure and success.” 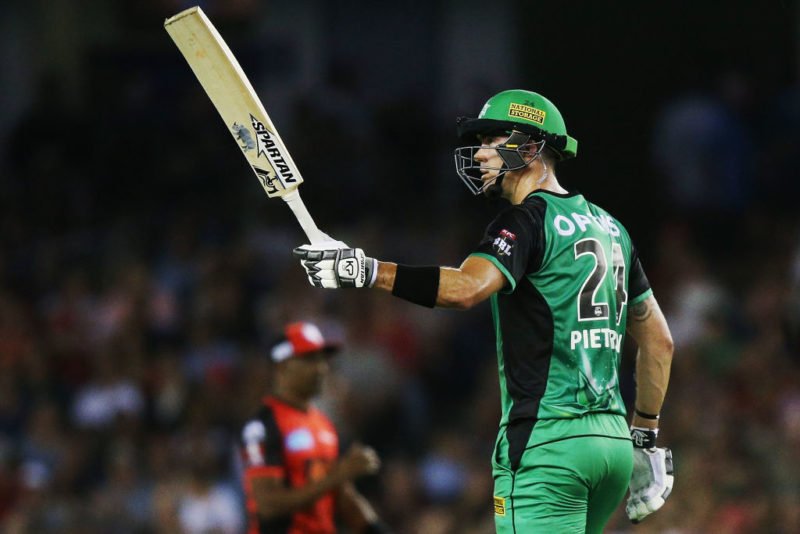 Pietersen brings up his half-century in the Big Bash this year, his last season playing the tournament

Pietersen, who was the Player of the Tournament when England won the T20 World Cup in 2010, said  some of the current squad go to him for advice: “They still come to me and ask for help. That is happening and I love that. To be involved with this young, one-day set up would be nice. I would like some involvement because I love the way they play. It is so good.”

“Of course, it would be nice to have a connection. I have an incredible amount to offer the game. It is wasted that English cricketers do not benefit.”

Related Story: Pietersen reveals his one England farewell wish that was never fulfilled

But it may be difficult for Pietersen to get a role within the England camp, particularly due to his strained relationship with ECB director of cricket Andrew Strauss.