Ireland have named their 14-man squad for the upcoming one-off Test against England at Lord’s from July 24.

Tucker comes in for wicketkeeper-batsman Stuart Poynter, with left-arm spinners George Dockrell and James Cameron-Dow both left out, along with medium-pacer Barry McCarthy. Veteran wicketkeeper-batsman Gary Wilson has returned after he was left out against Afghanistan.

Captain William Porterfield retains his place, despite having scored only 42 runs in his four Test innings so far. He will look to lead his team to their first Test victory in the encounter, which begins ten days after the Cricket World Cup final.

Having played their inaugural Test against Pakistan in 2018 in Malahide, and subsequently against Afghanistan in Dehradun this year, the match against England marks the first appearance for an Irish Test side at Lord’s. 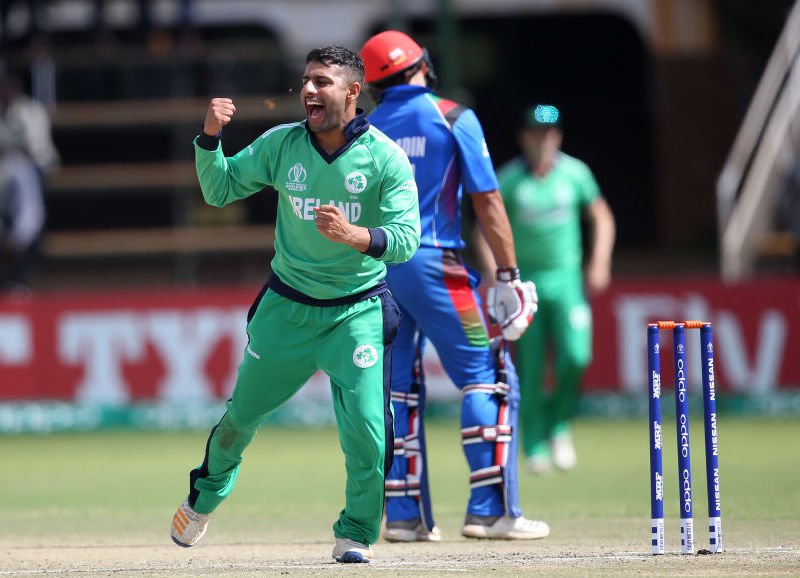 Simi Singh, with first class bests of 121 and 3-15 to his name, could make his Test debut against England at Lord’s

Chairman of selectors Andrew White outlined his vision for the squad: “We are looking for players not only in form but displaying consistent performances, and I believe we have selected a squad that reflects this.

“It’s also a squad that balances experience and emerging talent. This may only be our third Test, but we have 11 more to play over the next three years and our two Tests to date have shown glimpses of the potential we possess.”

Ireland’s Test record so far has been shaky, after they faced a baptism of fire from Pakistan’s Mohammad Abbas and Mohammad Amir in Malahide in 2018. They then lost to Afghanistan by seven wickets in Dehradun earlier this year in their first overseas game.

They will, however, go into the Test full of confidence off the back of their first ever series whitewash of another ICC Full Member nation, after they beat Zimbabwe 3-0. Earlier this year, they reduced England to 5-66 and narrowly avoided pulling off a famous upset, providing more encouraging signs of what is still to come from Irish cricket.